F2 to have different tyre compounds across Silverstone rounds 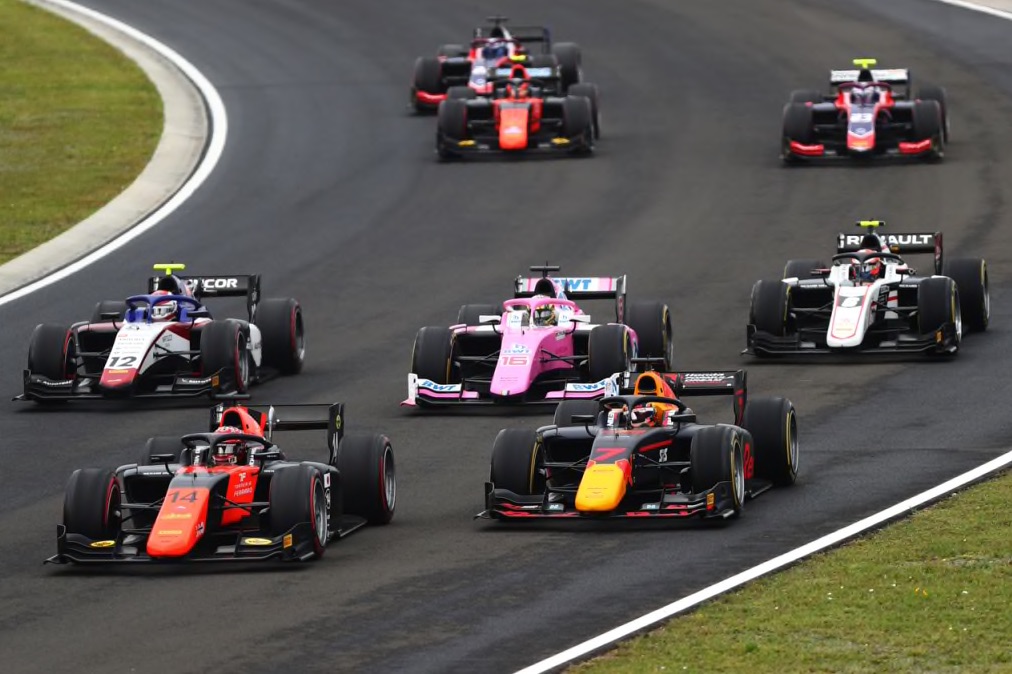 Formula 2 will again have different Pirelli tyre compounds nominated for the back-to-back rounds at Silverstone.

While the hard compound will be made available at both events, it will sit alongside the medium tyre at the British Grand Prix weekend and the soft tyre at the subsequent 70th Anniversary Grand Prix meeting.

In FIA Formula 3, where only one tyre is nominated each weekend, the hard compound will be used across both weekends.

With Formula 1 and its support series running back-to-back events at the same circuits this season, F2 and F3 boss Bruno Michel asked Pirelli to mix up the compounds it supplied in those cases to provide another variable.

In the opening rounds at the Red Bull Ring in Austria, all four F2 tyre compounds were used across the two events, and F3 also switched from the medium to the hard.

Pirelli’s head of F1 and car racing Mario Isola explained that the high demands of Silverstone on the tyres meant the same level of flexibility was not possible on this occasion.

“It’s been a very interesting start to the season in Formula 2 and Formula 3, especially thanks to the performance of the new 18-inch tyres in F2 and the impact they have had on strategy,” he said.

“Moving onto another double-header, we have again looked to mix up the tyre nominations for each weekend in F2 to add an extra element of unpredictability.

“Due to the well-known severity of the Silverstone circuit, it’s not been possible to go any softer for F3, so we have the hard tyre for both weekends.

“For the same reason, we have to keep the hard choice during both weekends for F2, but we do have some flexibility with the softer tyre – moving from medium at the first race to soft at the second race. This presents a different challenge for the drivers in terms of lap preparation and higher ultimate performance.”

While degradation was low on all of the new 18-inch F2 tyres at the Red Bull Ring, it was a different story at the subsequent event at the more demanding Hungaroring, where the drop-off in performance of the medium tyre versus the soft helped those on the alternate strategy to succeed in the feature race and led to an exciting finish in the sprint race after most of the drivers made pitstops.