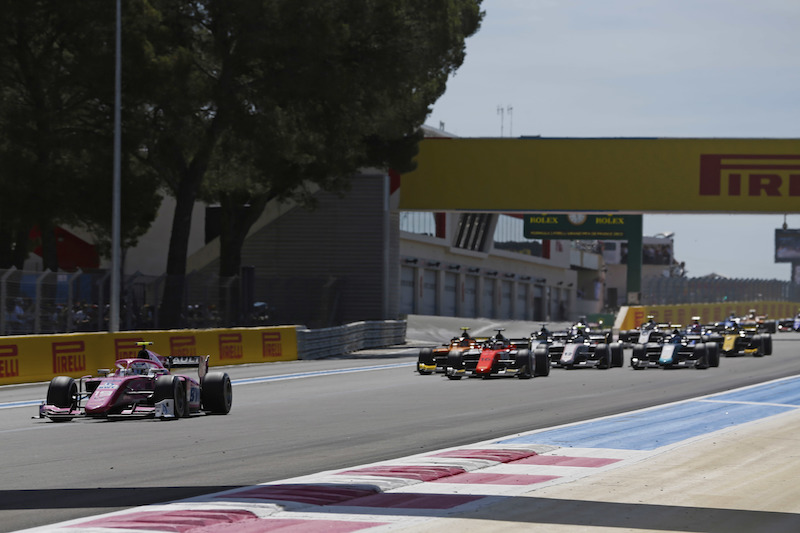 Formula 2 has announced its 2022 season will run to its originally scheduled record length of 14 rounds by replacing its cancelled Sochi round with Paul Ricard.

The Russian Grand Prix was called off in February following the country’s invasion of Ukraine, and F2 has been working since to find an alternative to the September event as well as following what Formula 1 plans were.

On Wednesday (May 18), F1 announced it would not be replacing the Russian GP in Sochi and a few hours later F2 revealed it would be supporting the French Grand Prix on July 22-24. Formula Scout reported on the Paul Ricard plans last week.

F2 last raced at the track in 2019, with Nyck de Vries and the late Anthoine Hubert taking the wins. It also raced there in 2018.

“Since it was announced that we would drop one event, we have been working on finding a venue to replace it, keeping in mind the costs,” F2’s chief executive officer Bruno Michel said.

“Le Castellet came out as the best option, and we are really pleased to return to the Circuit Paul Ricard. With this added round, we go back to 14 events as announced before the start of the season. This means that the 2022 season calendar is the most sizeable one we have had since the start of the FIA F2 back in 2017.

“It will be a very busy month of July for the teams and the drivers, but a very exciting one for the fans and everyone involved in F2.”

The Paul Ricard round will run the week before F2 visits the Hungaroring, and follows trips to Silverstone and the Red Bull Ring earlier in July.

Sochi’s absence also means there’s a gap of over two months between the penultimate round at Monza (September 9-11) and the season finale at Yas Marina Circuit (November 18-20).