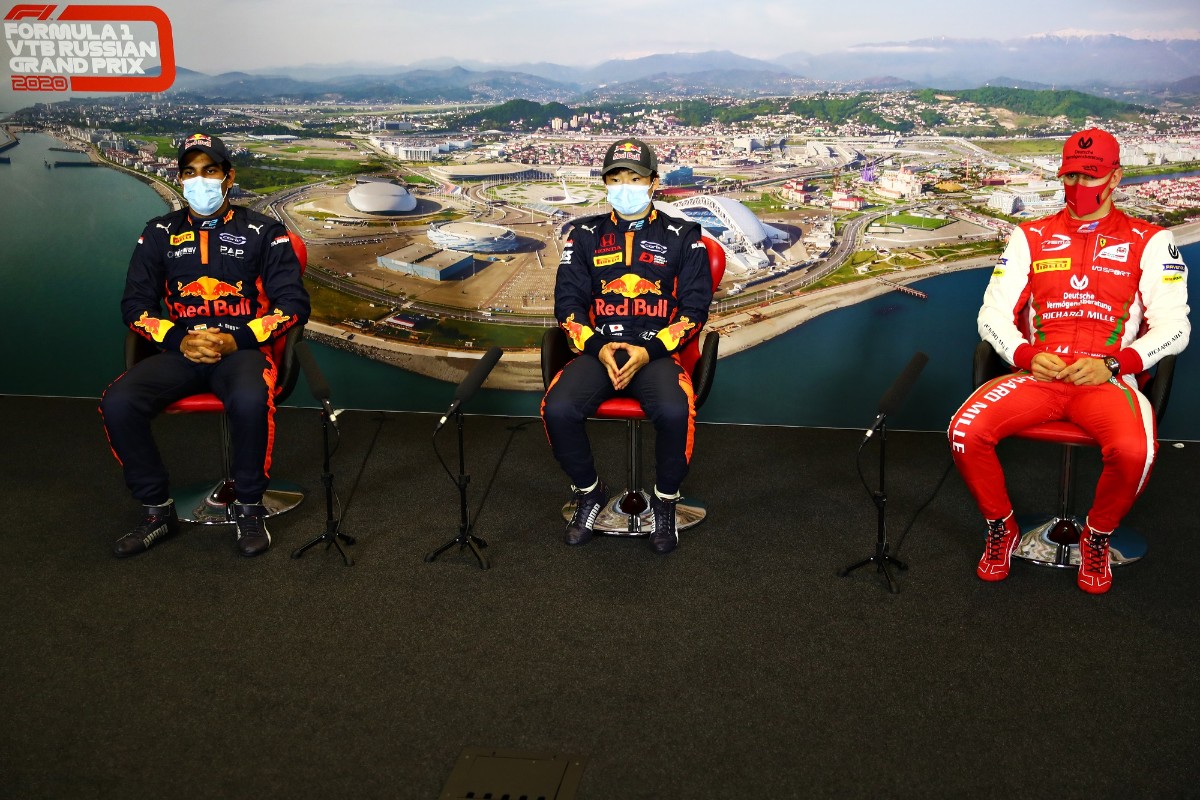 Formula 2 drivers have expressed their desire for Formula 1’s new CEO Stefano Domenicali to make changes that give them more time and tyres for free practice.

Domenicali is replacing Chase Carey as F1 boss having previously served as the head of the FIA’s Single-Seater Commission, where he oversaw the introduction of the current F2 and Formula 3 championships on the F1 support bill.

While his new role will focus mainly on F1, Domenicali will also have influence over the F2 and F3 championships which are part of the same group.

As in predecessor GP2, F2 has a single 45-minute practice session on a Friday at each round that precedes the half-hour qualifying session that takes place later that same day.

Teams tend to run the harder of the two tyre compounds Pirelli supplies in free practice, before fitting the two available sets of the softer compound for qualifying and use in the races.

The top three drivers in qualifying in Sochi were asked in the subsequent press conference what their F2 ‘wish list’ would be from Domenicali, Mick Schumacher, Yuki Tsunoda and Jehan Daruvala all pointed to the current free practice arrangement.

“For me, I think that F2 is – it’s a very difficult championship, to be honest,” said Schumacher, who welcomed the appointment of ‘family friend’ Domenicali. “Because you only get that 45 minutes driving before going into qualifying, and I think that’s something which is difficult for rookies.

“Obviously this year’s a bit different, we have new tyres, most of the tyres are quite easy to drive, quite easy to handle compared to last year’s. But I think track time would be quite good for F2 in general. Just getting more track time, more tyres.”

Tsunoda followed up with: “If there was one more free practice, it would be much, much easier for the race weekend.

“Like Mick says, it’s a really difficult championship with one free practice of 45 minutes and then straight into qualifying. And one set of new tyres. One more free practice would be much easier life for us.”

His Carlin team-mate and fellow Red Bull junior Jehan Daruvala expanded on why an additional set of tyres would be useful for the future.

“We go from a harder compound to a softer compound for qualifying,” he said. “It changes things and makes it harder for everyone, but just to see how the car would be on the softer compound in practice, just maybe another set of soft tyres would be helpful.

“But also this way it makes it harder and difficult and inconsistent for everyone; it’s one of the most exciting series so I wouldn’t really change much to be honest.”

Domenicali rose through the ranks at Ferrari to become its F1 team principal from 2008 to 2014, and was later Lamborghini’s CEO alongside his FIA Single-Seater position.