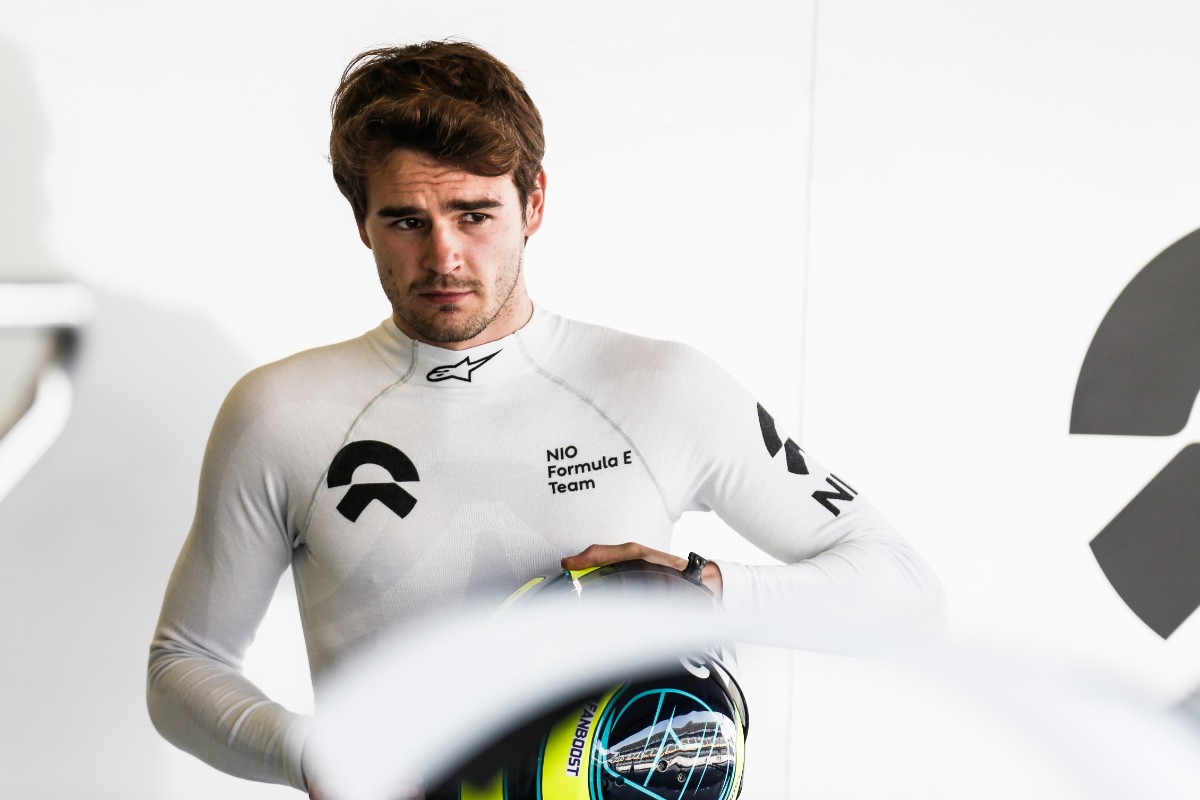 Former Formula E racer Tom Dillmann made a surprise appearance in Formula 2’s pre-season Bahrain test on Sunday to give feedback on the new 18-inch tyres.

Italian squad Trident called up Dillmann, who was a race-winner eight years ago in Bahrain in F2’s predecessor GP2, to provide professional insight into how the new Pirelli tyres operate with the Dallara F2 2018 car.

The Frenchman took over Euroformula champion Marino Sato’s car mid-way through the afternoon session on the first day of the test, and ended up 0.591 seconds off the pace in an impressive seventh place.

“I jumped in to give some feedback with the new 18-inch tyres [for] Trident,” Dillmann explained to Formula Scout.

“Marino will be back for the remaining sessions of the test.

When asked if the new tyres make a considerable difference from a driving perspective, Dillmann said: “Quite a bit! There’s a lot of inertia.”

F2 has switched from 13-inch wheel rims to 18 inches this year, as a trial for Formula 1’s own planned switch to larger wheels as part of the 2021 regulations overhaul.

The tyres Pirelli is providing for the enlarged wheels were definitely revealed at the Autosport International Show in January, and F2’s sole pre-season test at Bahrain International Circuit is the first opportunity for teams to learn the new compound.

“Evening running [under the spotlights] is more for qualifying laps. As qualifying is late [in the day on a race weekend]. Morning used for race runs in the heat.”

“We made good steps on the car and I could’ve ended up P1 if we didn’t need to overtakes two cars on the [fast] lap.”

In recent years, F2’s shorter sprint races in Bahrain have featured pitstops due to the high degradation of the Pirelli tyres, which may continue with the new compounds.

“The degradation is high as the car is even heavier than last year and the extra weight is at the at the wheels, which is even worse.

“It’s very different than when I used to do GP2 or Super Formula. Very heavy and lazy. It’s for sure four seconds off a SF car.”

The 2016 World Series Formula V8 3.5 champion, who has raced in FE, Super Formula and sportscars since his junior single-seater career ended, has also completed shakedowns of the new Formula 3-level Dallara 320 for Motopark over the winter.