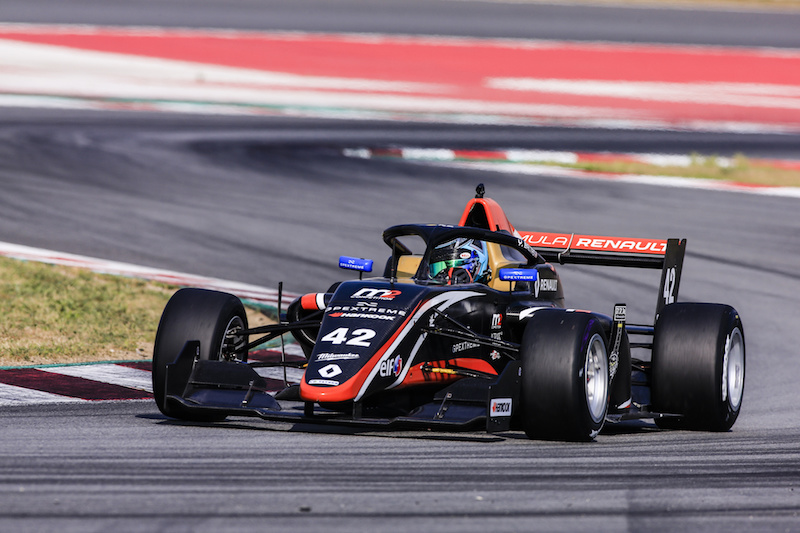 American teenager Yves Baltas has been named as racing for B-MAX Racing on Super Formula’s 2021 season entry list, although both driver and team are yet to make an announcement.

The Honda-powered outfit planned to run Formula 2 race-winner Nobuharu Matsushita after he impressed with the team in 2020, but his exit from Honda’s junior ranks last year and new alliance with Nissan meant his old supporter vetoed his signing.

B-MAX missed this week’s pre-season test at Suzuka, but the listing of Baltas’s name on the entry list confirms the team will be racing in 2021 – although not neccessarily with the American.

Baltas’s single-seater career has been patchy in experience and results, and his time in Europe started with a Young Racing Driver Academy-organised test programme in an old BRDC British Formula 4 car in 2016.

He was coached by future Williams Formula 1 driver Jack Aitken, and after several months in the car moved on to Arden’s current British F4 car.

At the start of 2017 he announced he would race for the team in the championship, but left after the opening two rounds and returned to testing – now with Fortec Motorsports in the current BRDC British Formula 3 machine.

Towards the end of that year he moved up to testing the Dallara F312 that Fortec raced in Euroformula, and he elected to step into the continental F3 series for 2018.

However Baltas missed the Winter Series at Paul Ricard, and then arrived at the season opener at Estoril as a Campos Racing driver. He entered five of the eight rounds, taking a best finish of seventh and coming fourth in the rookie standings.

After that, Baltas switched focus to Regional F3 for 2019 and joined M2 Competition for the Formula Renault Eurocup’s pre-season tests.

Those went well and he signed with the team, only to once again cut a campaign short as he left the team and series after three rounds and two points finishes.

The 19-year-old hasn’t raced since, but has said to Formula Scout that he would talk about his 2021 plans soon.