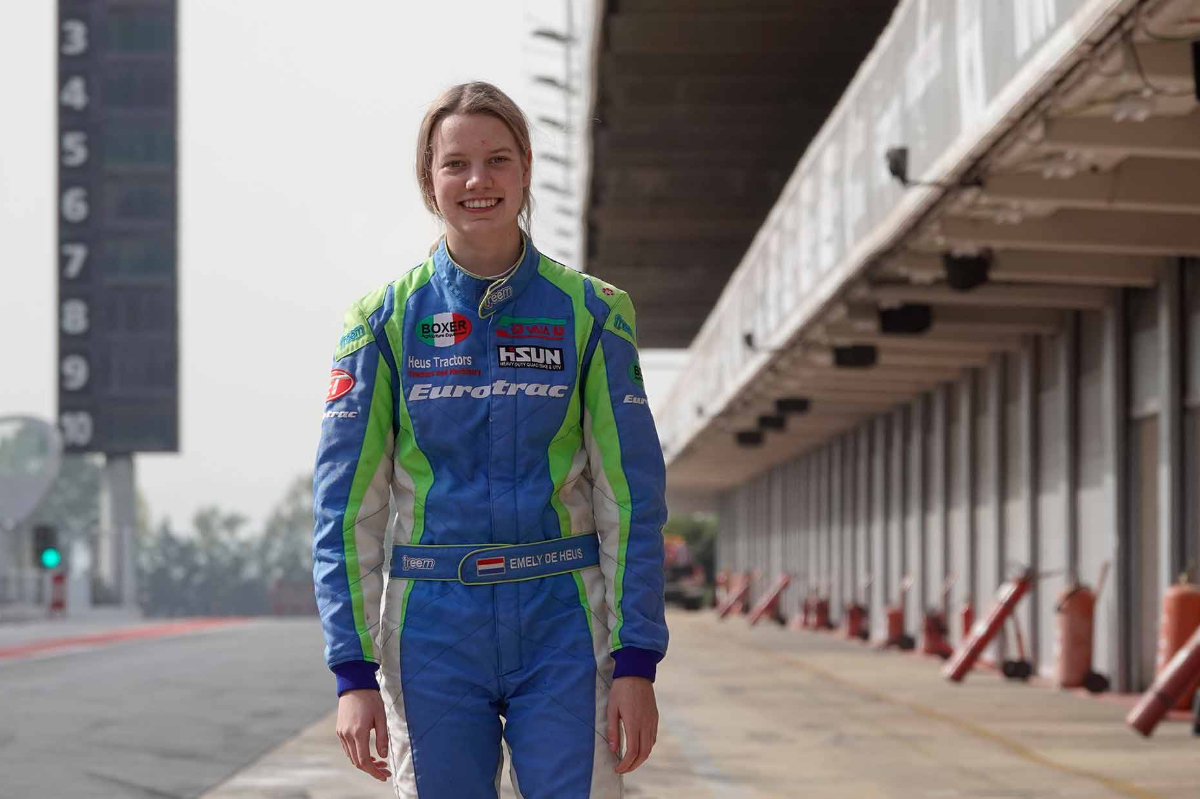 MP Motorsport’s Spanish Formula 4 line-up has grown to an unprecedented nine cars with the addition of Emely de Heus.

The Dutch 17-year-old has spent the last two years in senior karts, racing in Rotax Max Challenge competitions across Europe.

She steps up to single-seaters after testing with MP at Barcelona last month, and will be one of six absolute rookies to single-seater racing in the team’s growing line-up of drivers.

“And it is utterly brilliant that it does so in collaboration with MP Motorsport, with its headquarters based around the corner from where I live.

“I have known MP since I have been racing on the local kart track at Strijen – and now I am part of the team myself.

“On top of that, they are the strongest team in Spanish F4, which will only increase my chances of a good debut season in motorsport. I can’t wait to get started.”

Spanish F4 has an anticipated grid of 30 cars this year, with more announcements outside of MP’s ranks set to come.

MP’s team manager Sander Dorsman said: “We are extremely happy that Emely will be doing Formula 4 with us next year.

“We have seen her grow up over the past years – at the kart track of course, but also when she visited the workshop along with her father Bert. Thanks to Bert, the De Heus name was already on the Mercedes GT3 cars that we raced in the Dubai 24 Hours for many years. And now she herself is a full team member at MP. She’s going to do great, I’m sure of that.”

Delving into the data from Formula 2 pre-season testing