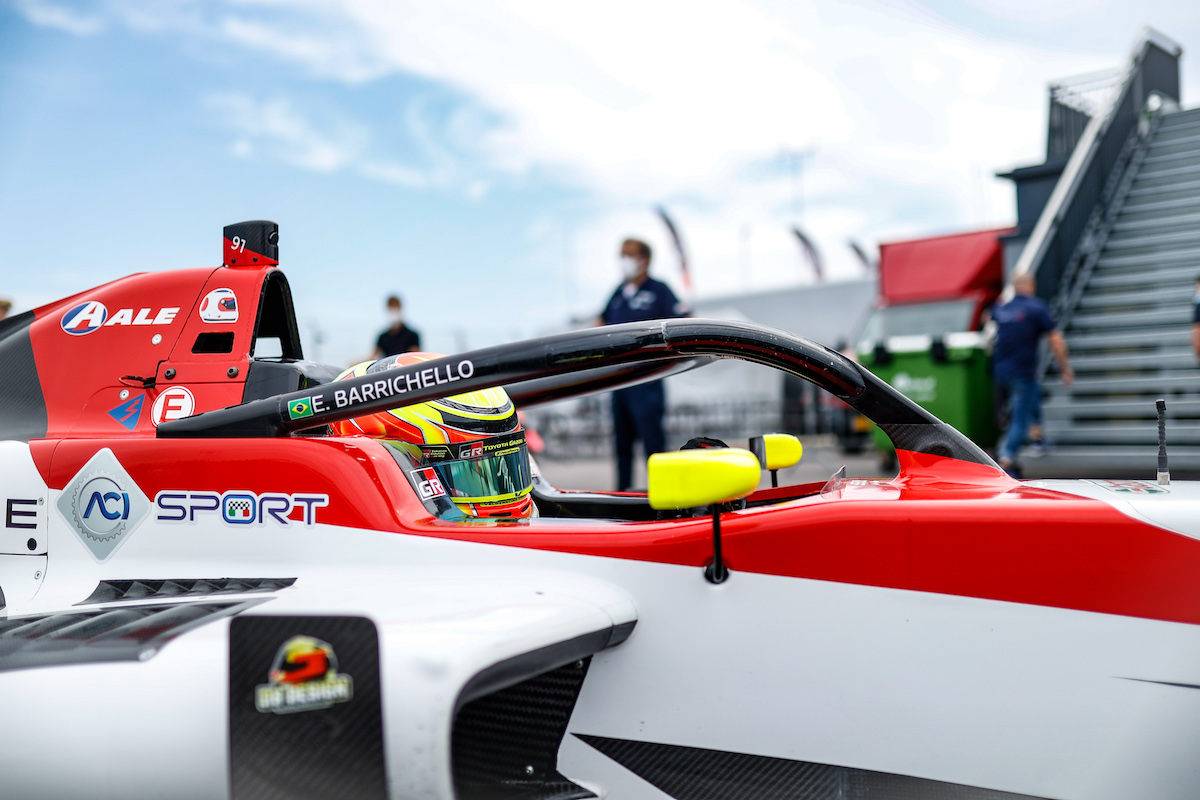 Eduardo Barrichello will spend a second season in the Formula Regional European Championship season by Alpine this year, joining the Arden team to complete its line-up.

The son of 11-time Formula 1 grand prix winner Rubens Barrichello raced for JD Motorsport in 2021 in his first season competing in Europe after finishing runner-up in USF2000 the year before.

His best finish last season came on the streets of Monaco when he finished 16th in the second race of the weekend.

“I am very happy to race with Arden Motorsport in 2022,” said Barrichello.

“I can’t wait for the season to start. We had a very productive training session at the Red Bull Ring and we quickly bonded, which made me feel confident. I feel that I am privileged to have the opportunity to compete in a top tier championship with a competitive team.”

Barrichello will be joined in an all-Latin American line-up at Arden by reigning US Formula 4 champion and new Red Bull junior Noel Leon as well as Paraguay’s Italian F4 race winner Joshua Duerksen.

Barrichello will continue to be supported by the South American division of Toyota Gazoo Racing while racing in the Alpine-backed championship.

He has driven for the brand in rounds of Brazil’s premier Stock Car category with the Full Time Sports team, which his father has competed for throughout the last decade.

The two generations of Barrichello shared a car during last weekend’s season-opening ‘doubles’ race at their home circuit of Interlagos, but they failed to finish.

The connection between the Barrichello family and Full Time Sports expands into the Brazilian F4 championship this year with Eduardo’s brother Fernando racing for the team, while their cousin Felipe will drive for Cavaleiro Sports.