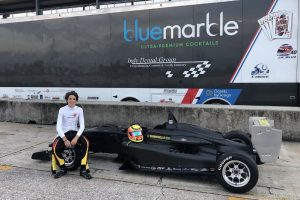 The Brazilian graduated to car racing this year in United States Formula 4, having previously karted in the country and finishing?runner-up in the Florida Winter Tour Senior ROK class at the beginning of this year.

Barrichello spent much of 2017 testing before making his debut this year with DC Autosport, where he finished 20th in the standings with four points finishes. The 17-year-old will partner Jack William Miller at Miller Vinatieri Motorsports, which is run by?American football star Adam Vinatieri and 1990s Indy Racing League driver Jack Miller, otherwise known as “The Racing Dentist”.

?I am excited to join Miller Vinatieri Motorsports and the USF2000 program in 2019,? said Barrichello.

?The Road to Indy program is something that I have followed throughout karting, and to finally be able to take part in it is something special. The plan is to get lots of testing under my belt before the first race of the season, but I can tell you that I am already counting down the days to St. Pete.?

?I met Jack [Miller] during the F4 season and we had an instant connection,? added his grand prix-winning father, who raced in IndyCar in 2012.

?Jack has a love and passion for the sport, similar as I do, and combined that with the love for our kids, it made perfect sense. We are very excited to enter the USF2000 Series and Road to Indy program as it is the perfect next step for Eduardo and his racing career.?

The Miller Vinatieri Motorsports team was launched in 2016 in US F4, and 2019 will mark its first year on the Road to Indy ladder. It only tested its Taatus USF-17 car for the first time at the recent Chris Griffis Memorial Test. NFL all-time top scorer Vinatieri will act as mind coach to both Miller and Barrichello. 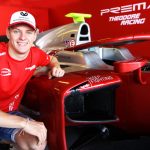 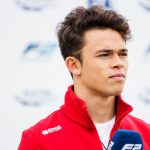