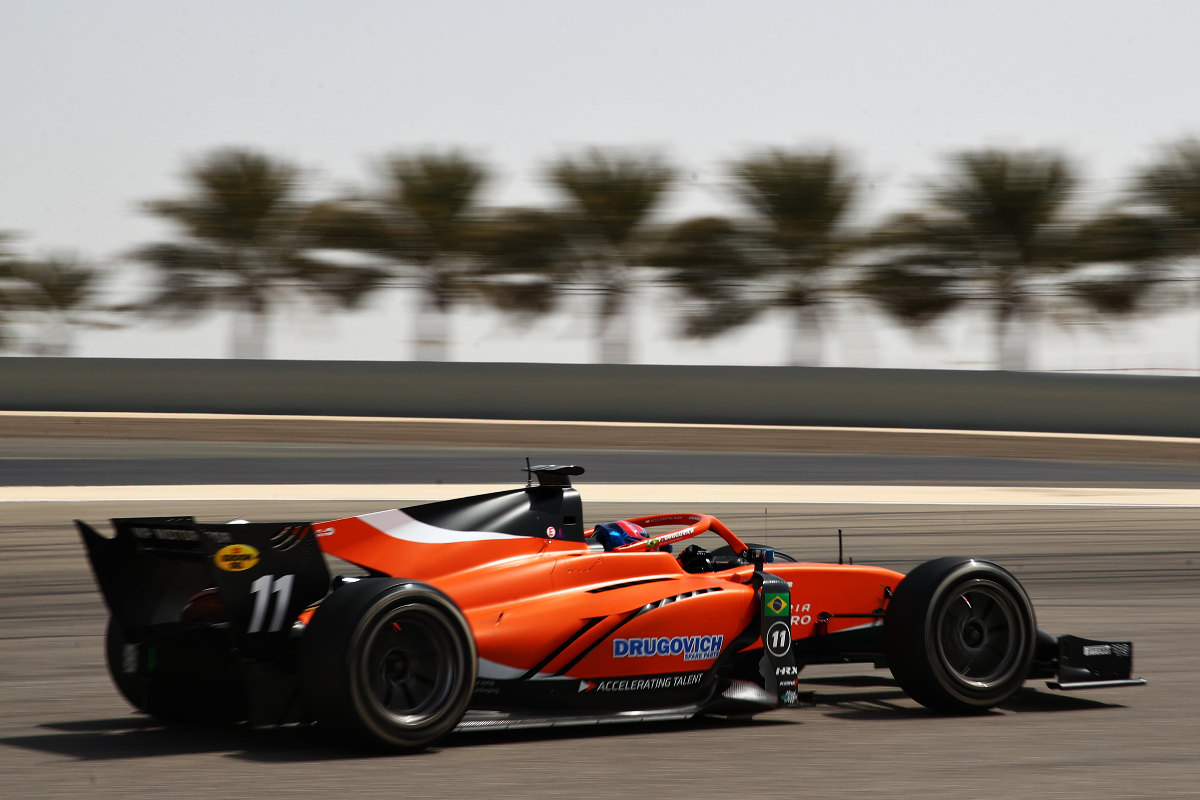 Felipe Drugovich led Clement Novalak in an MP Motorsport one-two on the final morning of Formula 2 pre-season testing at Bahrain.

There was a gap of almost a second between Drugovich and Novalak at the top of the times, with the benchmark lap being set early in the session before teams switched their focus to completing race simulations.

Drugovich had actually been one of the first to set a representative flying lap, his 1m44.911s lap bringing the pace down considerably from the two-minute territory it had been in prior.

Campos Racing’s Olli Caldwell very briefly went fastest with a 1m59.680s before Drugovich’s fast lap, and for a long time the order stood as Drugovich, Novalak and Prema’s Dennis Hauger as the top three.

Reigning FIA Formula 3 champion Hauger, who was over two seconds slower than Drugovich, was shuffled down to sixth by the time the session was halted by red flags with 11 minutes to go, with Hitech GP’s Juri Vips now in third but but more than a second off Drugovich’s pace still.

There was only one improvement in the short period of green flag running after the stoppage, as Carlin’s Liam Lawson jumped from 10th to fourth place ahead of team-mate Logan Sargeant.

DAMS’ Roy Nissany was the last driver within two seconds of Drugovich in sixth, with a three-second spread covering the top 13. Theo Pourchaire completed the most running, with the ART Grand Prix fitting in 56 laps during the session.