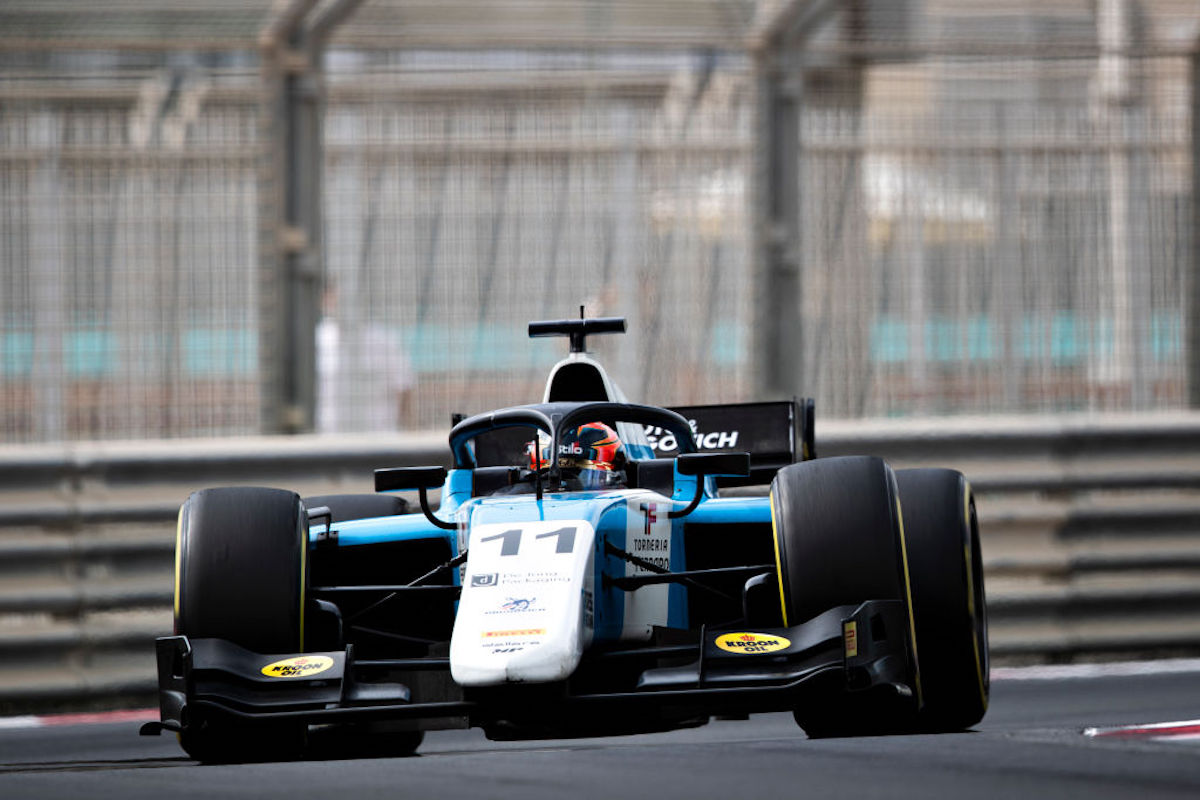 MP Motorsport’s Felipe Drugovich topped the final Formula 2 running of the year by heading the timesheets in the afternoon of the last day of Yas Marina testing.

It was Trident’s Teppei Nattori who really got the afternoon session going, before being overhauled by Van Amersfoort Racing’s Cem Bolukbasi – the first driver to dip into the 1m37s bracket – who really started to set the hot laps first.

There was then a red flag for an oil spill. As the first hour concluded of the three-hour session, it was the returning Juan Manuel Correa who took to the top and stayed there for three-quarters of an hour.

Hitech GP’s Juri Vips had a stint at the top of the timings, before being overhauled by VAR rookie Amaury Cordeel.

It was then Prema Racing’s Jehan Daruvala who smashed through the 1m37s barrier before Drugovich came through to beat him by three-tenths of a second.

The Brazilian then shaved further fractions away from his time to end with a 1m36.342s to round out the year with less than 20 minutes to go. The time was slower than that set by Virtuosi Racing’s Jack Doohan in the morning session.

Across the board, times were generally slower and there was a big gap between the times throughout the field, suggesting teams were likely on very different programmes during the final opportunity to work on track this year.

There was a late (but brief) red flag, as ART Grand Prix’s Frederik Vesti came to a stop. It was the final of the three stoppages, with the second stoppage also due to a car stopped on track.

Daruvala improved but ultimately came just over a tenth shy of the top spot, ahead of top F2 newcomer Dennis Hauger, who left it late to go towards the top.