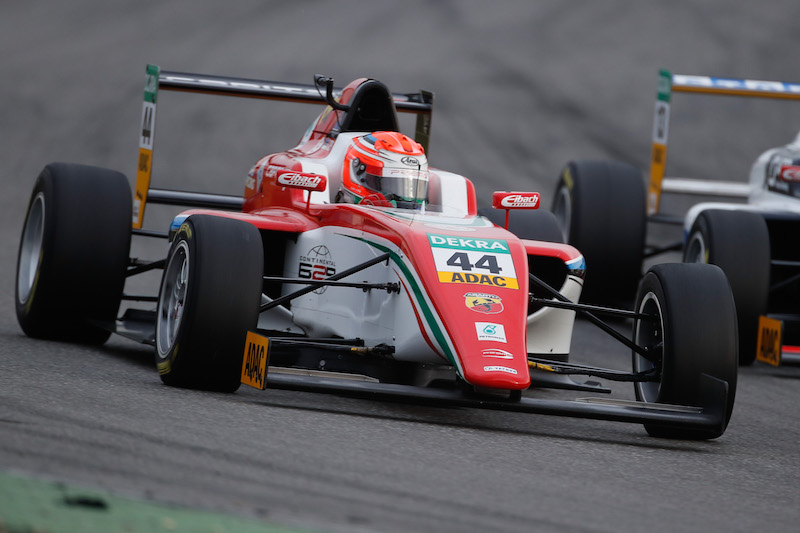 The ADAC Formula 4 title race was flipped on its head once again in the second race of the Hockenheim decider, as Lirim Zendeli took a well-earned victory.

Felipe Drugovich retired after a technical issue, allowing Juri Vips to reclaim the championship lead with sixth place while Marcus Armstrong fought his way to ninth from the back of the grid to keep himself firmly in contention.

Having snatched the points lead by winning the first race, Drugovich was set to start second alongside Zendeli again with rivals Vips and Armstrong down the order.

Drugovich had something wrong with his engine though, and on the grid he waved for assistance after his car wouldn?t start.

After causing a second formation lap, he started from the pitlane, and he only lasted four laps before returning there.

His Van Amersfoort Racing team checked his car and sent him on his way, but he very quickly returned and after inspecting the engine they decided to retire the car.

With Vips and Armstrong scoring from positions 14 and 24 on the grid, the Estonian now leads Drugovich by four points with Armstrong only 3.5 points further behind.

With the grid set by reversing the top 10 from race one, Armstrong starts on pole with Vips third and Drugovich 10th – victory would hand Armstrong the title unless Vips could finish second.

In Drugovich?s absence a brilliant battle for the lead was occurring between Zendeli and Aberdein, who effectively started second thanks to Drugovich?s pitlane start.

Aberdein was the faster driver through the first two sectors, forcing Zendeli to defend heavily at Turns 6 and 8.

In the third sector the leader had a slight advantage, and this allowed him to hold the lead over the timing line lap after lap.

On lap 10 of 16 Sophia Florsch (forced to miss the opening race as belated punishment for her near-miss with a course car at Oschersleben earlier in the year) took third from Kim Luis Schramm, and it wasn?t long before she was challenging Aberdein for second.

This gave Zendeli some breathing space, and he crossed the line for his third win of the season 2.565 seconds ahead.

Aberdein just held off Florsch for second; both equalling their best results of the season. The top five was rounded out by Schramm and Julian Hanses.