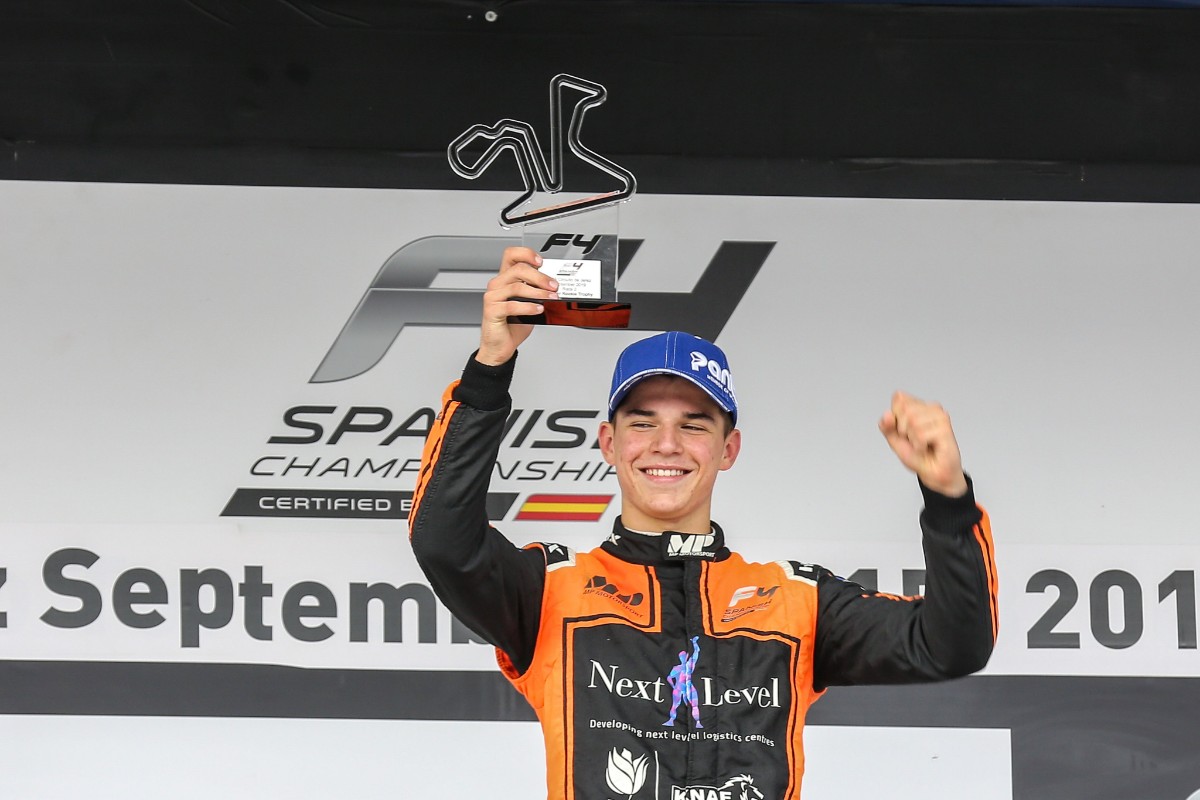 Drivex School has confirmed its presence in the new-look Euroformula championship by signing Glenn van Berlo.

The Dutchman moved into single-seaters last year and finished third in Spanish Formula 4 with MP Motorsport. He took three wins and five poles, and also appeared in MRF Challenge.

Spanish team Drivex has downsized over the winter, but has taken order of one of the new Dallara 320 cars that will be raced for the first time in Euroformula this year.

Drivex ran one full-time entry for Rui Andrade in Euroformula last year, as well as an occasional second entry that was raced by van Berlo’s Spanish F4 rival Franco Colapinto.

“We are proud to welcome our new Dutch driver Glenn van Berlo for Euroformula. Go for it champion!” Drivex said in a team statement.

Van Berlo tested MP’s Formula Renault Eurocup car and one of Drivex’s Dallara F317 Formula 3 chassis in Spain post-season before deciding on the latter team and Euroformula for his 2020 campaign.

MP is also rumoured to be considering an entry into Euroformula in either 2020 or ’21 as part of its current expansion.

Three other teams have confirmed drivers for the upcoming Euroformula season already.