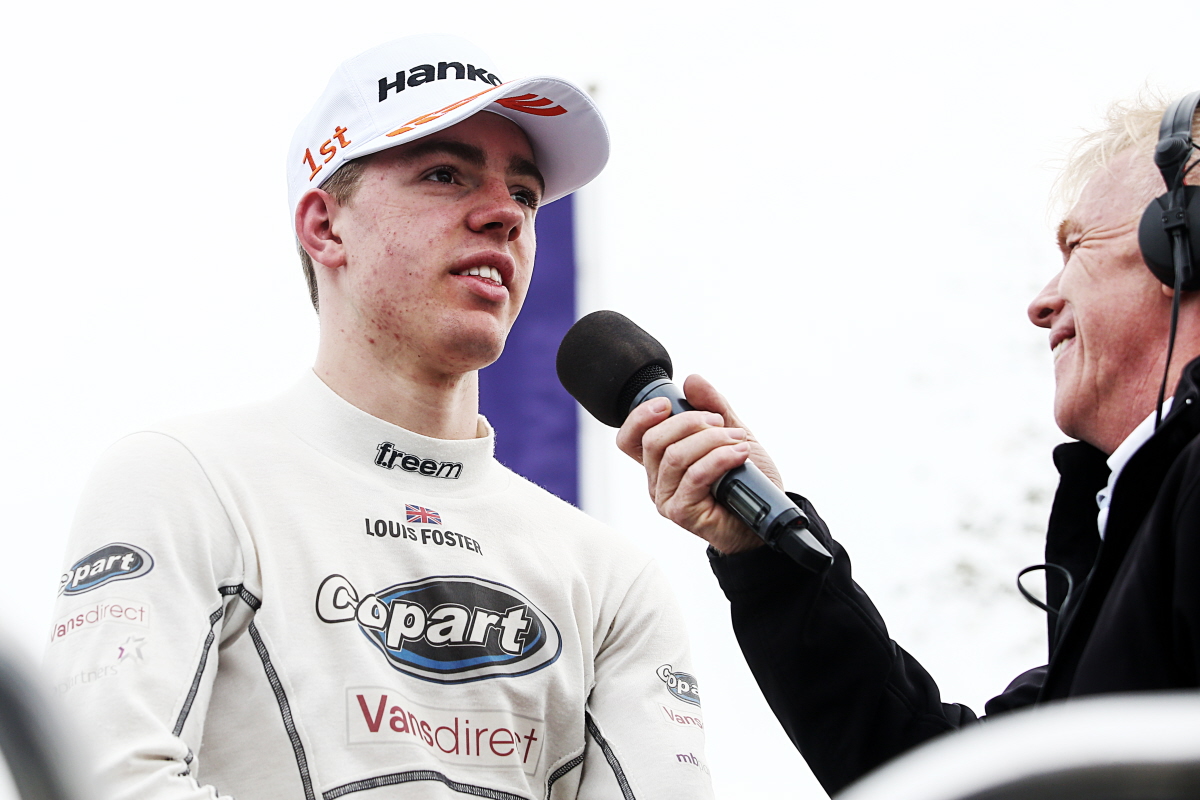 Double R Racing’s BRDC British Formula 3 title contender Louis Foster will make his European racing debut with the team in this weekend’s Euroformula round at Spa-Francorchamps.

The 17-year-old Briton is in his second year of single-seater racing, having spent two seasons in Ginetta Junior prior to that, and has done the majority of his open-wheel competition with Double R.

Last year he raced in British Formula 4 with the team, and picked up six wins on the way to third in the championship standings.

After a winning MRF Challenge one-off to prepare for more powerful machinery, Foster then stepped up to BRDC British F3 this year and has three wins to his name and is in the thick of the title fight with two rounds to go.

“I’m really looking forward to competing this weekend at Spa in the Euroformula championship,” Foster said.

“This will be a new experience for me as I have never raced the Dallara 320, and neither have I driven around Spa yet. I’m glad to be flying the Double R Racing colours this weekend and I thank them for giving me this opportunity.”

Foster is joined by British F3 team-mate Benjamin Pedersen in Double R’s Spa line-up, with the team returning to Euroformula after being absent from the most recent Mugello round due to Ayrton Simmons running out of budget after contesting the first four rounds of the season with the team.

Double R’s Euroformula team manager Piers Hunnisett added: “It’s great for Double R Racing to be back to a two car line-up in Spa especially as the  drivers are progressing from our British F3 team, obviously it is in at the deep end for both drivers with only the Friday test to adapt the new car and circuit.

“The circuit is perfectly suited to the Dallara 320 and the drivers are looking forward to a new challenge”.

Both of its drivers will be back in action a week after their Euroformula debuts, in British F3’s third 2020 visit to Donington Park.

The McLaren super-sub who answered a three-year long ‘what if?’