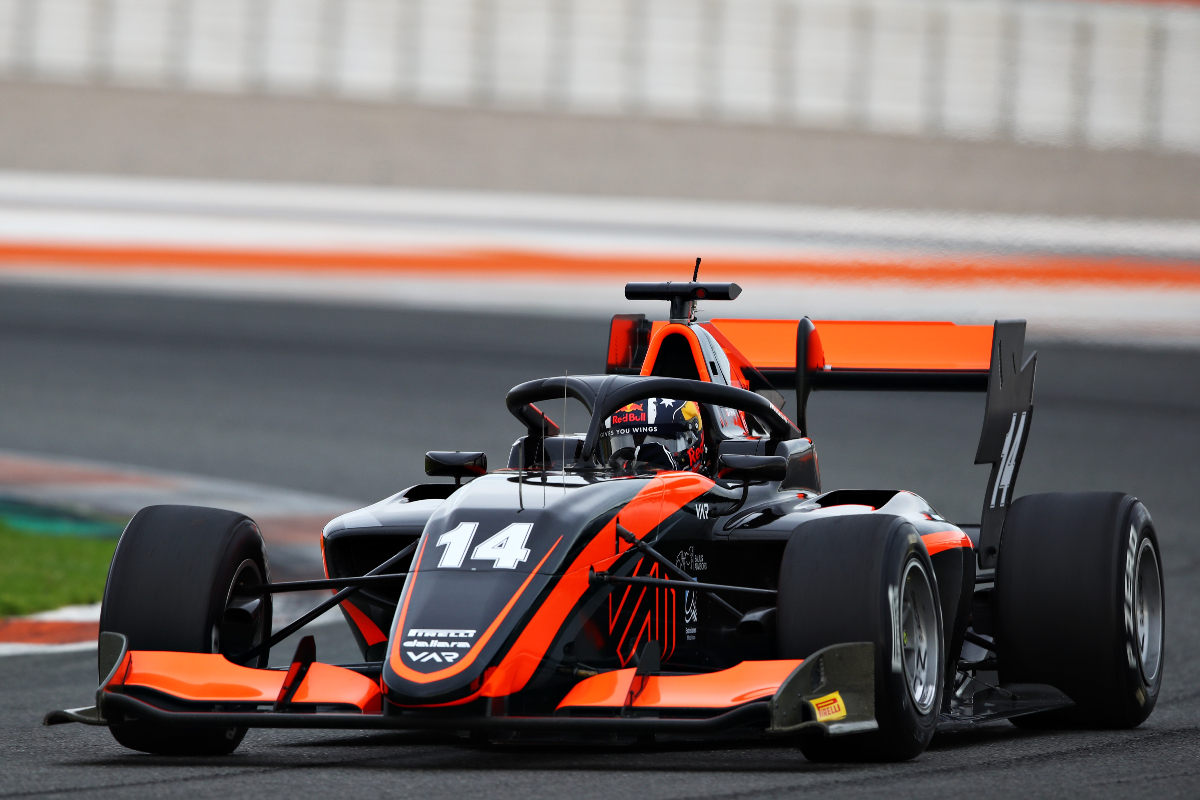 Track activity was even more concentrated than in the Wednesday morning session, when ART Grand Prix’s Gregoire Saucy went quickest, with the majority of the three hours of running given to teams over the afternoon not used.

This was due to the lack of relevant data that could be accumulated on old tyres on a rubbered-in track that doesn’t even appear on the FIA F3 calendar, although the less experienced drivers did rack up the miles and some even went on glory runs to try to get to the top of the times.

MP Motorsport’s Caio Collet set a 1m22.811s lap within the first 15 minutes of the session that for a long time stood as the time to beat. Second place changed hands multiple times, with Jenzer Motorsport’s Ido Cohen occupying the position until the end of the first hour when Campos Racing’s Reece Ushijima set a lap half a second off Collet’s benchmark.

Trident’s Red Bull junior Jonny Edgar, anticipated to race for the team in 2022, then became Collet’s closest rival by bettering Ushijima by 0.028s.

That kept him in second place while all but Hitech’s Isack Hadjar spent time in the pits, before Campos’s Hunter Yeany went back out in the second half of the session and went almost three tenths faster than Edgar.

There was another gap before VAR’s Filip Ugran became the next contender as in the final hour he set a lap good enough for third, which soon became fourth when Carlin’s Logan Sargeant headed out on track.

Alexander Smolyar was the fastest VAR driver after that, but Ugran went on a run that took him to the very top. His fastest lap was deleted though, and Doohan – just 0.001s slower – moved into first place with Ushijima rising to second in the final five minutes.