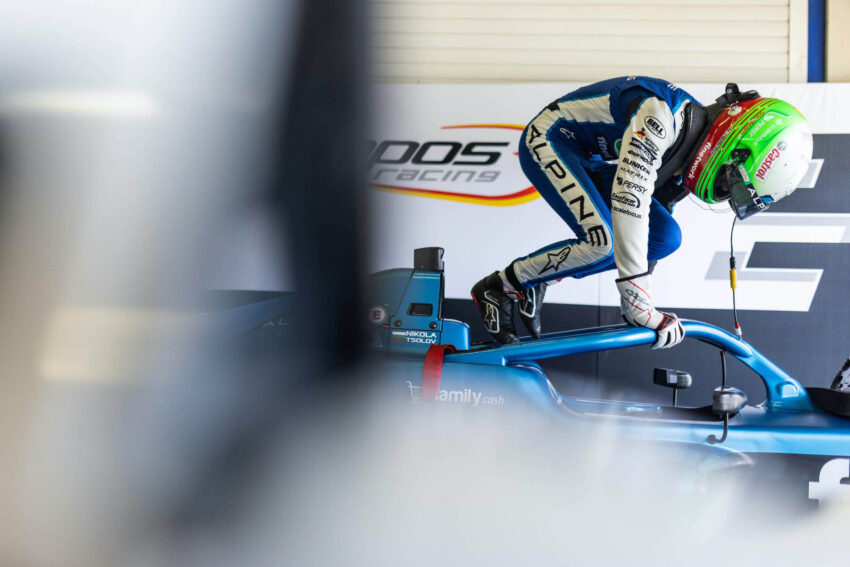 The Bulgarian started on pole and was simply untouchable throughout the race, being the only driver to lap sub-1m35s and doing so multiple times to pull away by four tenths of a second per lap or more.

They never got close enough to think about overtaking though, nor did MP Motorsports’ Kirill Smal and Suleiman Zanfari in fifth and sixth. There was however a big battle for seventh, as Campos team-mates Georg Kelstrup and Hugh Barter squabbled – after having an incident together at the start of the previous day’s race – and frequently ran each other off track as they attempted overtakes. Barter prevailed in the end, with Kelstrup scoring the final point in eighth.

Formula de Campeones’ Max Mayer was second in the rookie classification and ninth overall, where he started after serving a grid penalty, and Monlau Motorsport’s Robert de Haan completed the top 10.

There were eight drivers penalised for track limits violations, but it didn’t impact the order above Teo Martin Motorsport’s Daniel Macia who was dropped from 18th to 21st.

Ahead of him was MP’s Timoteusz Kucharcyzk, who stalled at the start and had to go on a recovery drive to finish 14th, while behind was spinner Ricardo Escotto and pitlane starter Ricardo Gracia. Miron Pingasov was the only non-finisher after being wheeled into his garage with what appeared to be a car issue.