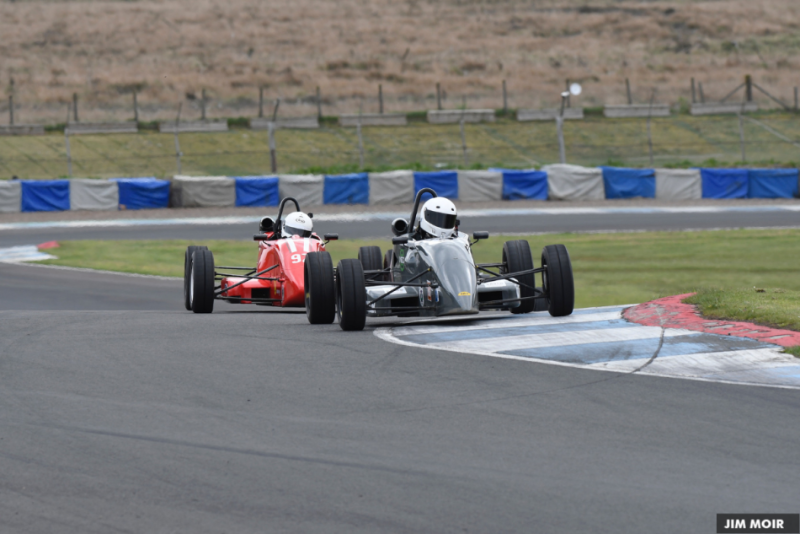 This weekend’s Scottish FFord round has been called off. Is there any coming back from this point?

For the third event running, the Scottish Formula Ford championship has been dropped from a race weekend schedule due to lack of entries. Only two of the five scheduled rounds have actually gone ahead, and both of those shared grids with the BRSCC National FF1600 championship (whose drivers were not entered for Scottish points). The October 9 season finale at Knockhill will not do so, so will likely fall the same way the June, July and August rounds have.

There is hope that maybe drivers do attend that final round because they will want mileage before Brands Hatch’s FFord Festival later in the month and Silverstone’s Walter Hayes Trophy two weeks after that, but that in itself is a problem. Drivers would not be contesting Scottish FFord for the sake of it, but as a warm-up for something else.

At present there are two drivers committed to the final round: Graham Brunton Racing’s championship leader Michael Gray and privateer Matthew Chisholm. Reduced points would be offered if the races went ahead with only those two, which is highly improbable given how reluctant the series organiser and race weekend promoter Scottish Motor Racing Club (SMRC) would be to host such poorly contested races and also the fact that the two most likely returnees – GBR’s publicity-attracting Esports convert Lucas Blakeley and StrongBroo Racing’s Neil Broome – have already moved on from the series.

Formula Scout spoke to Broome at the most recent Scottish FFord round about the state of the series, and what was being done to keep a championship that has been running near-continually since 1968 (including a substitute ‘Scottish Renegades Cup’ season organised by Broome when the COVID-19 pandemic hit in 2020) in business and on track.

“Doesn’t look that way,” Broome replies. “It’s a case of prepare for the worst, hope for the best. But at the moment politics are getting in the way, and I don’t want to tread on anyone’s toes by naming names, but nobody seems to be doing anything about it. 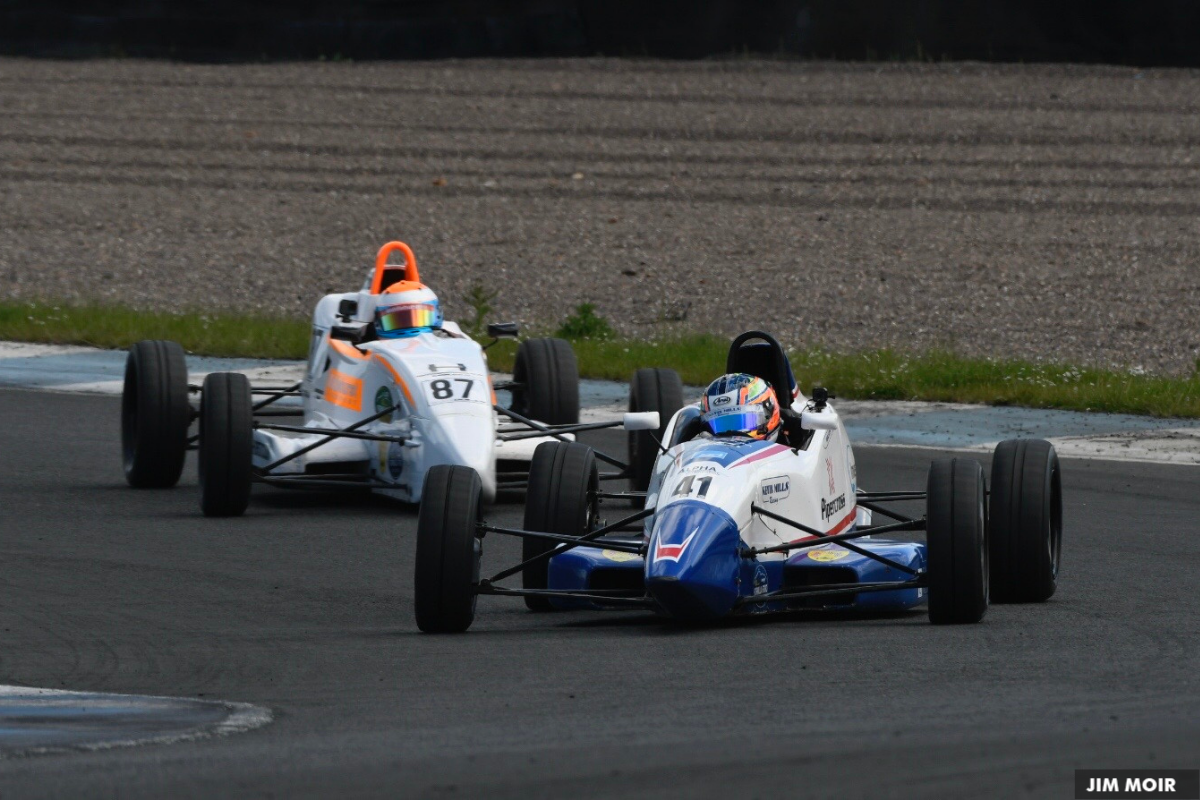 “The June round was kicked over to Knockhill Motor Sports Club (KMSC), rather than SMRC, basically because of the numbers at the beginning of the season. They don’t have an interest in drumming up any extra support, they’ll either run races if there are enough cars, or they won’t run the races. They’re just temporary hosts.

“But SMRC take the attitude that ‘we’re not running that race, so we’re not going to do anything about drumming up any additional support’. So it will just, as everything stands, it’s going to fall flat on its face.”

Broome was proven right, as FF1600 was dropped from KMSC’s June 4 meet three days before the event due to the lack of entries. SMRC ran at Knockhill a week later.

“SMRC had already got a full programme for their weekend, so it’s been scheduled from the beginning of the season that these June and July dates would go over to KMSC,” Broome explains.

“The more cynical amongst us might have said that this was planned from the beginning, because the first two rounds were supported by the BRSCC National guys so there was never going to be a problem with those, and so the problem was always going to come in the third and fourth meets, and a more cynical man than myself might say that someone foresaw this coming and didn’t want the failure to be on their watch.

“And it was either going to be a case of let it fall on its face when someone else is managing it, or KMSC run it for two races and when it comes back to SMRC, there are only four cars or whatever, then fingers start getting pointed about mismanagement while it was away and a blame game. The scheduling did look to me very much like it was planned to set up a ‘not my fault, guvnor’ situation.”

Another issue is once drivers aren’t in their cars, they’re more inclined to sell them before racing does return, and even the chance of contesting other FF1600 series such as the BRSCC’s Super Classic championship for older cars is minimised by the fact it’s already arguably too late in the year to commit to another programme unless they plan to race there in 2023. 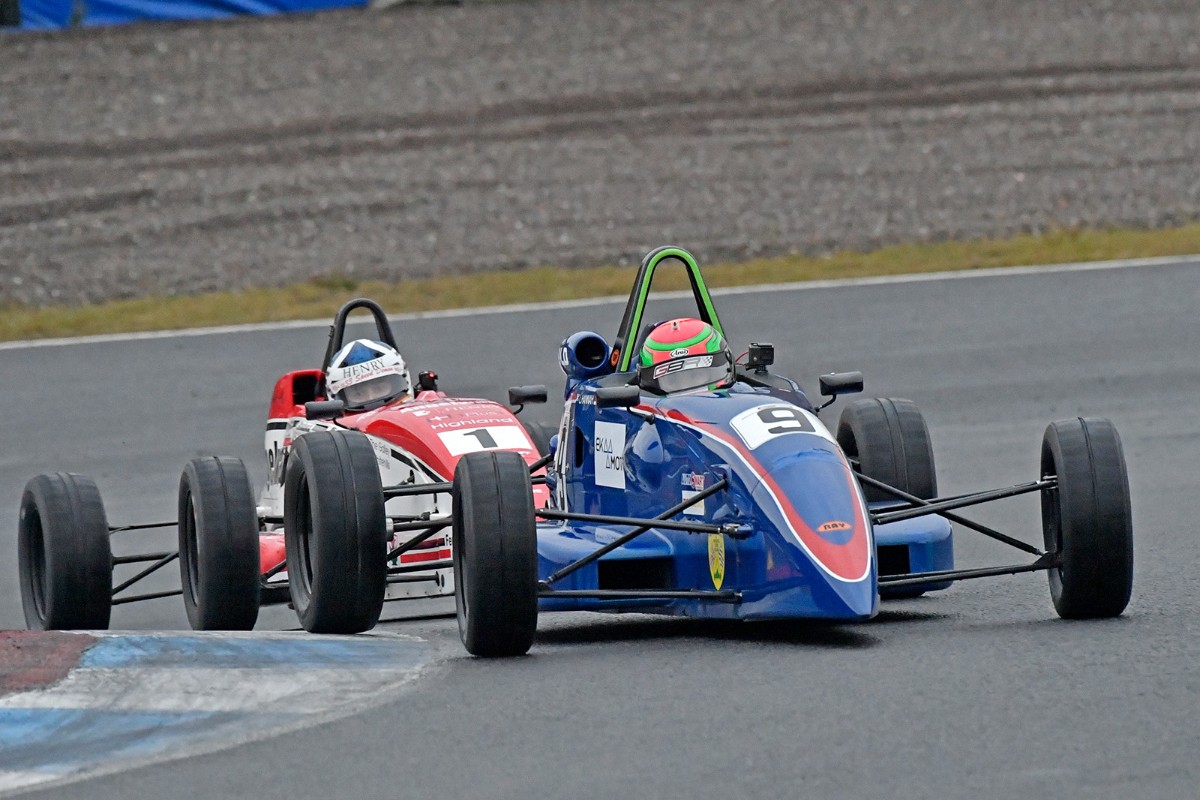 What arguably keeps FF1600 so healthy across the United Kingdom is that many car owners do hold on to their vehicles year after year so they can contest the FFord Festival and WHT due to the prestige of the events and also the atmosphere they are renowned for among entrants and fans. For the Scots, the trip down south for those two is well over 400 miles for the first event and 350 miles for the second, equivalent to driving from the Port of Calais to Hockenheim in Germany.

“Personally I would love to go to the Walter Hayes, it’s a special race for me so I would love to be at that,” Broome says, although he’s now already sold his Ray GR17 and is racing in a different Scottish series.

“I did, back in 2020, organise the Renegade Cup. But, as you probably know, that year didn’t end well with Colin Turner’s accident [at the WHT that led do a double leg amputation]. Personally I took a little bit of a knock from that. Just sort of felt that if that race had happened on my watch, I wouldn’t really want to be the man with my name above the door. I know James Beckett was quite shaken up being in that position with that race. Just imagine having to have that conversation with the parents of some karting kid, who you go along to the kart track drumming up support going ‘come and play with us, it’s all great fun’ or whatever, and then you’ve got to have a conversation with someone’s parents.

“That was basically the reason why I handed everything lock, stock and barrel back to SMRC. They made me various promises that it would be supported, invested in, not all of those promises have been entirely kept. They’ve been kept in letter if not in spirit, shall we say.”

The SMRC did have plans to bolster Scottish FFord’s grid in the comeback season of 2021, but it didn’t quite work out.

“They bought two cars to help subsidise people coming into it – that’s extremely laudable. But they underspent. They bought two pretty shit cars. And they didn’t maintain them. It got that bad that end of last year they gave two freebie drives to two experienced drivers. One of them turned up, did one test session and got out of the car and said ‘I’m not racing that, it’s dangerous’. 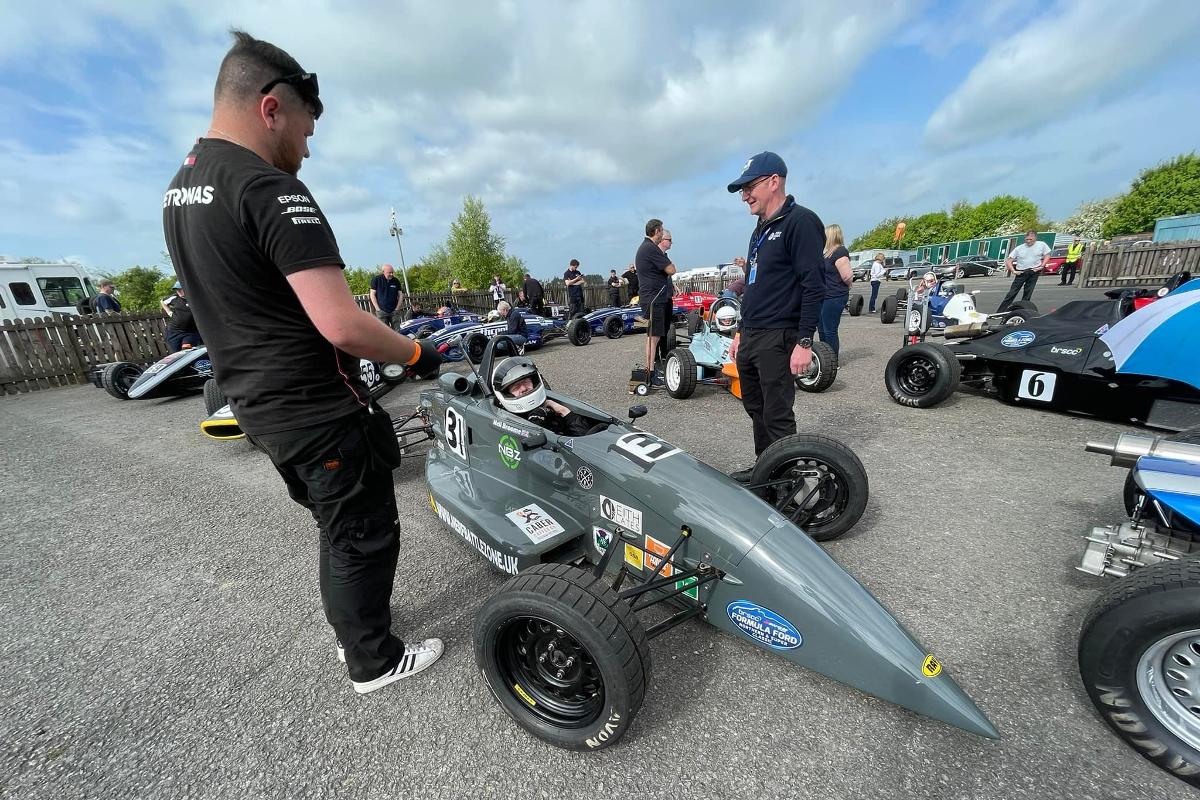 “The other one did the first race, and then ‘I’m not doing the second race, this is just embarrassing’. And those cars went away after the end of last season, and again promises were made, and I know where they went and I was like ‘oo, that’s exciting’ knowing it was an engineer-y chap that they went to. And then he told me: ‘they’re gone for storage’.”

There are many FF1600 series in the UK that those cars could be raced in, including Scotland’s, but they’re unlikely to be seen.

“They need £10,000 spent on them. And now they’ve gone to Adrian Haldane [of the Cloan Motorsport team], who’s perfectly well set up to run people. But he’s stuck in a Catch 22 that because everyone knows the cars are shit, then the drivers won’t go in, and he won’t spend the money on the cars until he’s got a driver. Unfortunately other classes around Knockhill, they know the full situation and they’re trying to get drivers to come buy Minis. They’re poaching drivers, and they’re saying ‘don’t jump into their [FF1600] cars, they’re a heap of shite’. “

The exact same thing has happened in club racing across the UK multiple times, as series want full grids as much of the time as possible. They may be ‘stealing’ drivers from other series, but then it makes the race weekends they are running on more sustainable when you can timetable in one fully supported series rather than two struggling championships, and then have the possibility to sell the track time you’ve got back to another interested series instead.

“Yep. Exactly. So there’s politics. I mean to be honest as far as the Scottish series is concerned, I’ve personally thrown the kitchen sink at it. There were three races where I had to write blank cheques to underwrite the whole event. And fortunately I didn’t lose my shirt. But I can’t keep doing that forever, because sooner or later I’m going to have a weekend that costs me £10,000. And I love it, but it’s not really my responsibility to keep doing this again and again and again. Plus, I’ll be honest, it didn’t make me any friends, doing this. Whilst the other racers were all very grateful, the powers that be were a little bit upset.”

Formula Scout spoke to others in the Scottish FFord paddock, who didn’t want to talk particularly on the series’ problems as they considered it would only exacerbate the existing struggle to attract new entrants.

In July the SMRC Committee created a working group “to consider the future of single-seater racing in Scotland” and invited those who are interested to provide their input on the situation. While we await the first decisions to come from that, we can only hope that there is a strong Scottish contingent at the end-of-the-year classics in England – including possibly GBR’s David Leslie Trophy and GB4 winner Logan Hannah – and interest in the next crop of Scottish karters to do FF1600 rather than heading straight to Formula 4.