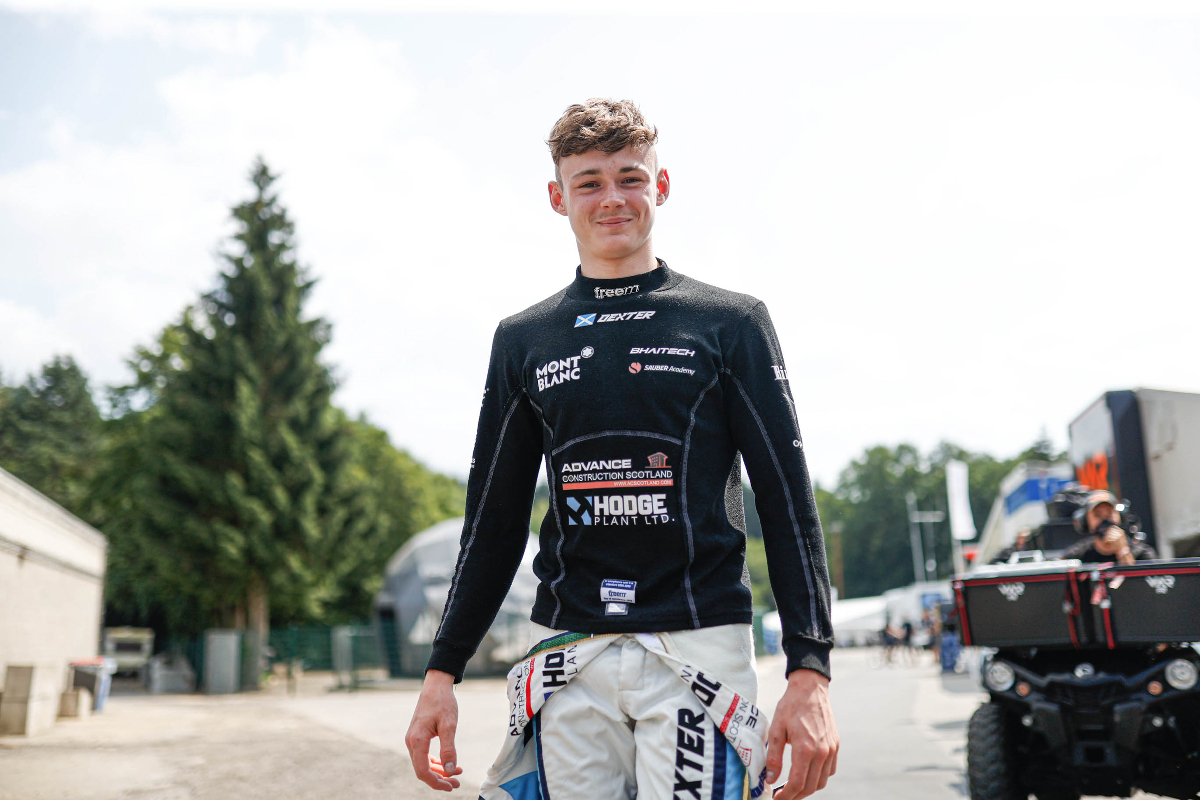 Dexter Patterson has landed a seat with Drivex School for this weekend’s Euroformula season finale at Barcelona.

The 18-year-old started this year in GB3, racing for Douglas Motorsport in the first three rounds although he was excluded from the second at Silverstone due to a paddock altercation.

He then moved into Formula Regional European Championship for a one-off appearance at Spa-Francorchamps, and scored six points for Monolite Racing. His Euroformula debut comes with no prior experience of the series’ Dallara 320 car.

“Back in the office this weekend. New car, new track, let’s go!” said Patterson as his drive was revealed.

He will partner Enzo Scionti at the Spanish team, and will be one of at least two debutants on the grid as Sebastian Alvarez steps up from GB3 with Double R Racing.

Sauber backed his move into single-seaters for 2020, with his debut coming in the Formula 4 United Arab Emirates season opener at Dubai Autodrome. He took a best finish of fourth from that weekend, then embarked on a full campaign in the Italian F4 championship with Bhaitech.

Patterson came 22nd in the standings, scoring in his first four races in the series but then not appearing in the top 10 again.

His GB3 move initially proved far more successful, as he picked up his first car racing podium on his debut weekend at Brands Hatch and lef in the top 10 in the standings.

He finished sixth and 17th in the first two races at Silverstone, but was then disqualified from those encounters and excluded from the reversed grid race for being found “guilty of contravening Motorsport UK Regulation C1.1.9 (abusive behaviour, physical assault, or threats of physical assault within the area under control of the Organising Club)”.

Two seventh places and a 12th at Donington Park marked the end of his campaign, despite being entered for the next round at Spa, and he ended the season 21st in the standings.

When Webber ruled the world: 25 years since the 1996 FFord Festival