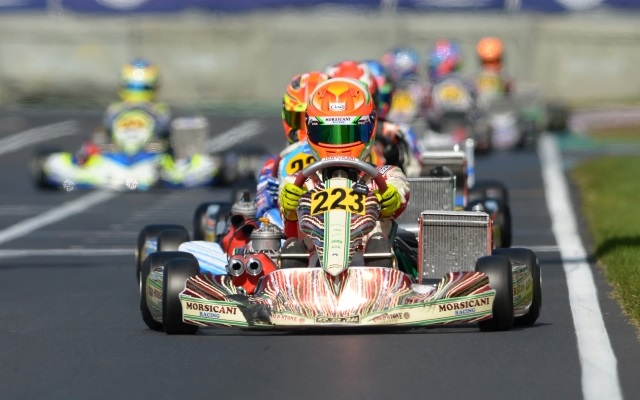 Devlin DeFrancesco will team up with leading British team Carlin this year for an extensive training programme in order to prepare for his single-seater debut.

Carlin said the American racer would complete “a season-long schedule comprising of simulator and on track testing in preparation for races in the FIA Formula 4 model”.

The 15-year-old youngster enjoyed a promising karting career which included titles in both his native Canada and the USA, while he spent 2014 competing in Europe including taking third in the CIK-FIA KFJ European Championship behind Enaam Ahmed and Mick Schumacher.

DeFrancesco was later set back by a hand injury which forced him to undergo double surgeries. His programme with Carlin will include physical training and simulator time as well as on-track testing with cars such as Formula Renault 2.0, Formula 4 and the team’s school car.

?I?m very excited to be with a team such as Carlin, we?ve put together a programme that will prepare me well for the future,” said DeFrancesco.

“Despite not being able to complete a full race season this year due to my recovery period, I feel as though the preparations I?m taking in 2015 will mean I return an even stronger driver for a full assault in 2016.?

Team boss Trevor Carlin said: ?We?re delighted to have Devlin as an official team driver and we are really enjoying working with him on his continued recovery from his wrist injury.

“His work ethic is extremely impressive and it?s clear that Devlin wants to turn this year of rehabilitation into a positive; building himself into an even stronger driver than before. His rate of improvement so far in a learning environment has been very encouraging and we?re sure we have a talented driver on our hands. We hope to see Devlin racing with the team in the near future.?