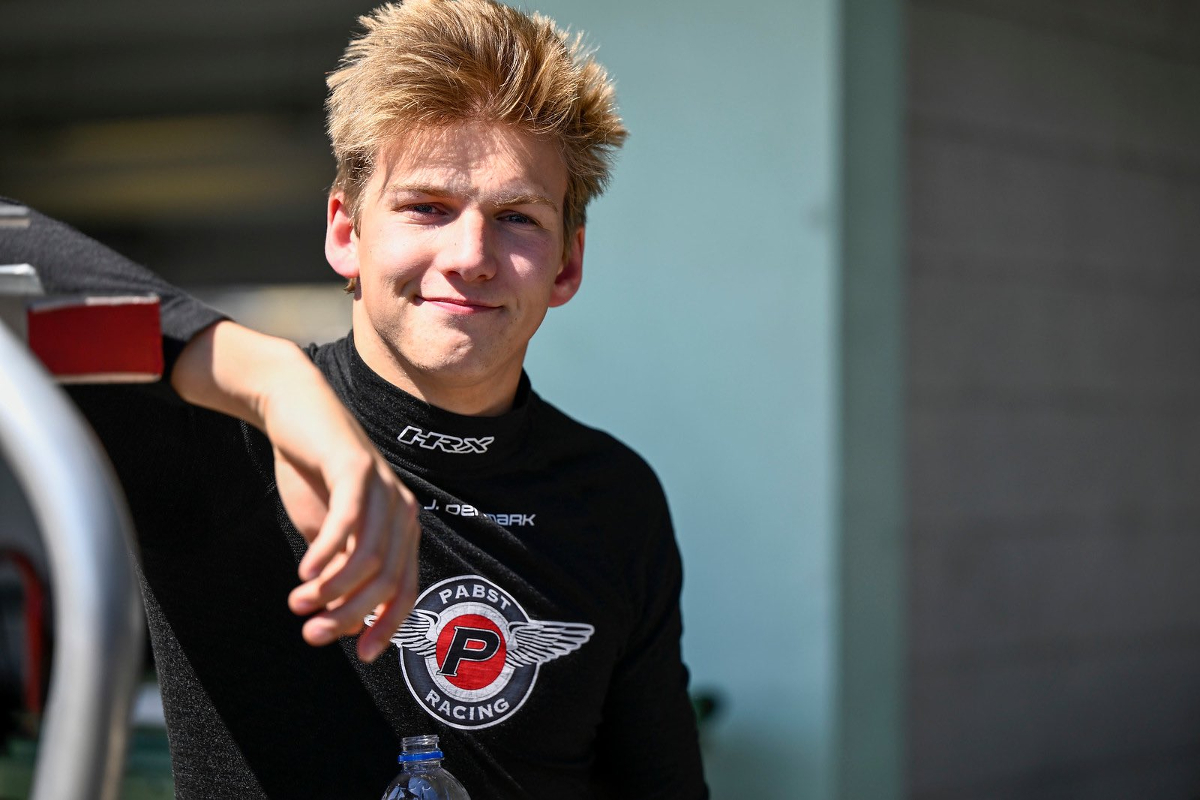 Pabst Racing duo Jace Denmark and Myles Rowe were the pacesetters in the first USF2000 practice session of the year in St. Petersburg.

It only took three minutes before red flags were being waved on the street circuit, at which point Rowe was at the top of the times with a 1m18.3810s lap.

When the session restarted the pace quickly dropped, with almost three seconds being cut off the fastest time by DEForce Racing’s Thomas Nepveu.

He didn’t remain at the top for long, with Joe Dooling Autosports’ sophomore Trey Burke knocking a few tenths more off the pace.

Legacy Autosport’s Simon Sikes became the first driver to break into the 1m14s in the second half of the session, and Cape Motorsports’ 2021 runner-up Michael d’Orlando then took the pace down into the 1m13s.

However his team-mates didn’t quite have the same pace. Pabst’s drivers reeled off more laps and lowered the pace further, with Denmark edging Rowe by 0.0549 seconds aftter both improved several times late on, and d’Orlando ended up in third and just ahead of DEForce’s Bijoy Garg.

The other Cape drivers filled the 11th to 13th positions, while propping up the order was Exclusive Autosport’s Jacob Douglas who didn’t set a lap after the red flag.

Preview: Who will shine on the IndyCar support bill in 2022?