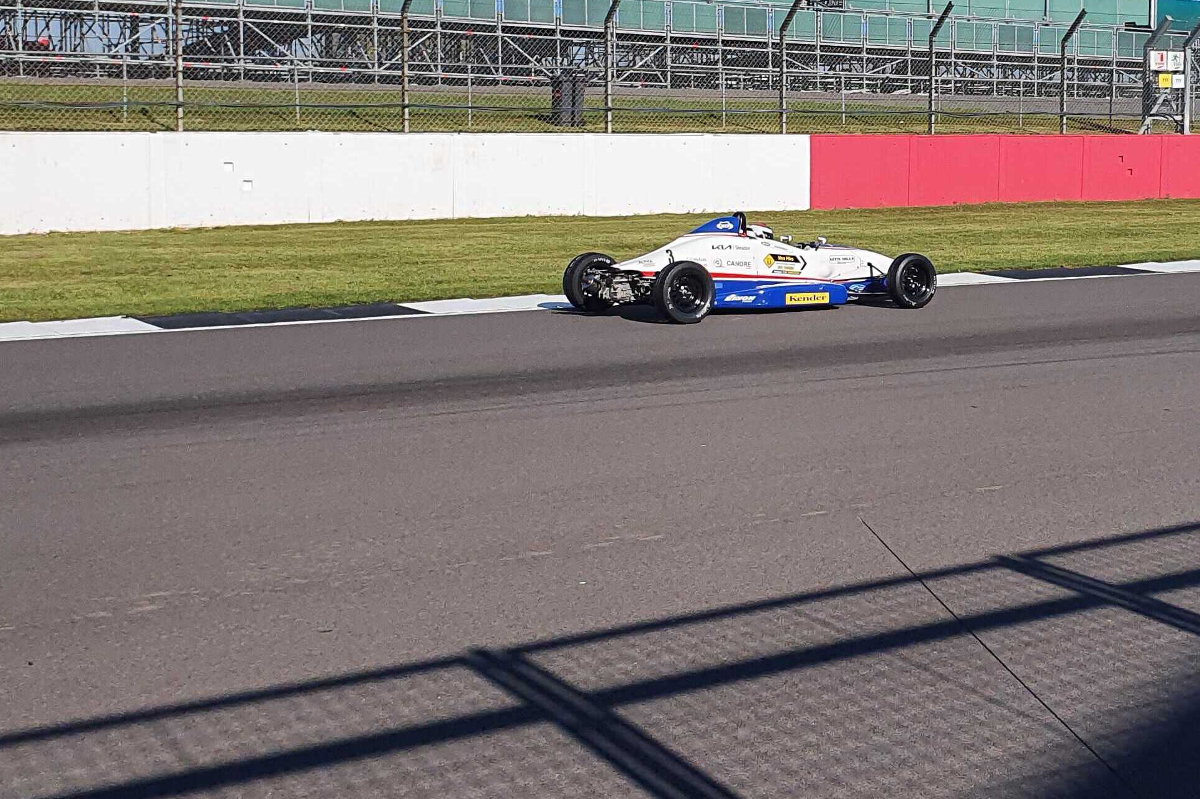 The opening BRSCC National Formula Ford 1600 race at Brands Hatch was a typical FF1600 affair as Jordan Dempsey won but there was lots of close racing behind.

Poleman Dempsey had to handle pressure from Colin Queen through the first few laps, with an attempt at the lead at Clearways on lap three, but once he managed to break the tow he was able to run away and win by 3.832 seconds.

Ammonite Motorsport’s Queen similarly made a gap back to third place and drove a lonely race once Dempsey had gapped him, as he finished almost 13s clear of the scrap for third.

Queen’s team-mate Shawn Rashid passed B-M Racing’s Rory Smith for third on lap two and from then on it was Smith’s aim to reclaim the pace, but he could never do it. On lap seven he tried the outside of Paddock Hill Bend, then on lap 10 took to the inside of Graham Hill Bend but made contact with Rashid and then went on to the grass.

That brought all the cars behind a little closer and made the fight for third even more frantic. Two laps in a row Smith looked at the outside of Druids but couldn’t make a move stick, then the inside of Clearways but still had no luck. Going into the final laps he had Rashid’s team-mate Andre Lafond also trying to pass him, as drivers started to go three-wide in battle.

It all culminated on the final lap following a failed move on Smith by Lafond, and suddenly Oldfield Motorsport’s Brandon McCaughan found himself in fifth and attacking Smith into Druids. Smith ended up running on to the grass and that freed Rashid to finish third ahead of McCaughan, who met the chequered flag just 0.041s ahead of Lafond.

Six tenths back from McCaughan was Smith, who held off Team Dolan’s Morgan Quinn on the run to the chequered flag, then Smith’s team-mate Jamie Shaep was a subdued eighth.

Lucas Romanek dropped from second to third in the standings by only finishing 10th, 22.139s behind Dempsey, as the Oldfield driver followed up his difficult qualifying session with a race where he lost places at first before having to fight for his small points haul.