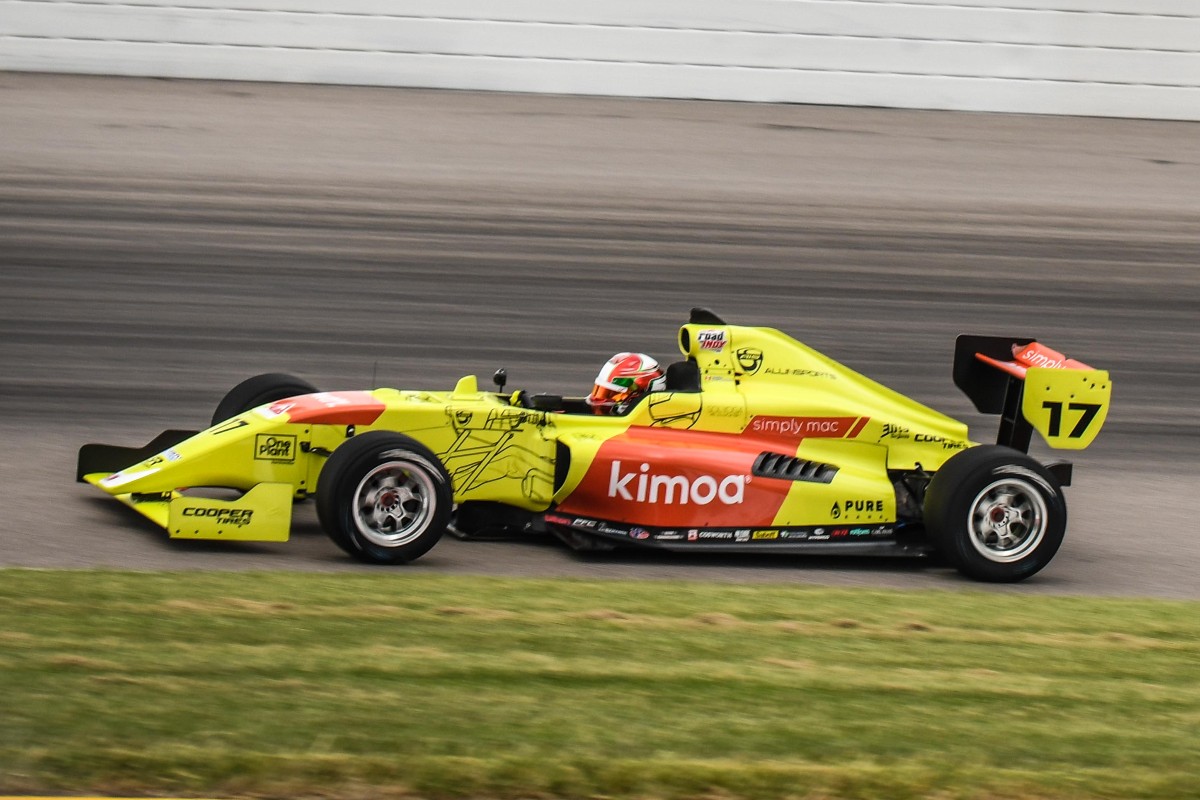 The drivers ran in reverse championship order in the late afternoon for a three-lap run that included one warm-up lap and then two timed circuits that equated to just over one minute.

Colin Kaminsky was next up for Pabst Racing and beat the DEForce pair despite being slower than de la Vara on his first lap, and it was a similar story with the next two DEForce cars on track.

Parker Thompson first lap was only good enough for second before venturing into 139mph territory on lap two to go top, with team-mate Manuel Sulaiman even slower on lap one but completing lap two at over 140mph.

Hunter McElrea couldn’t challenge them, but as the track got quicker it aided the late runners.

Exclusive Autorsport’s Braden Eves set a very strong first lap then kept that pace up for beat Sulaiman’s two-lap average, but that was almost matched by Juncos Racing’s Artem Petrov on just his warm-up. His first lap was then a 140.559mph, which he improved on even more set a sub-32s lap two at an average of speed of 141.292mph to claim pole by half a second.

Next up was Turn 3 Motorsport’s Danial Frost, and he set the fastest lap of the session on his warm-up. His tyres wouldn’t last though, as his stunning 141.948mph first lap was followed by a 137.440mph lap two after his car standed handling badly through the first two turns.

Despite the drop in pace that still made him second fastest, until Petrov’s team-mate Sting Ray Robb took to track and also set a 140mph average.

Last on track was points leader DeFrancesco, and while he couldn’t beat Frost’s fastest lap he was the only driver able to put in two laps at 141mph and took pole as a result.