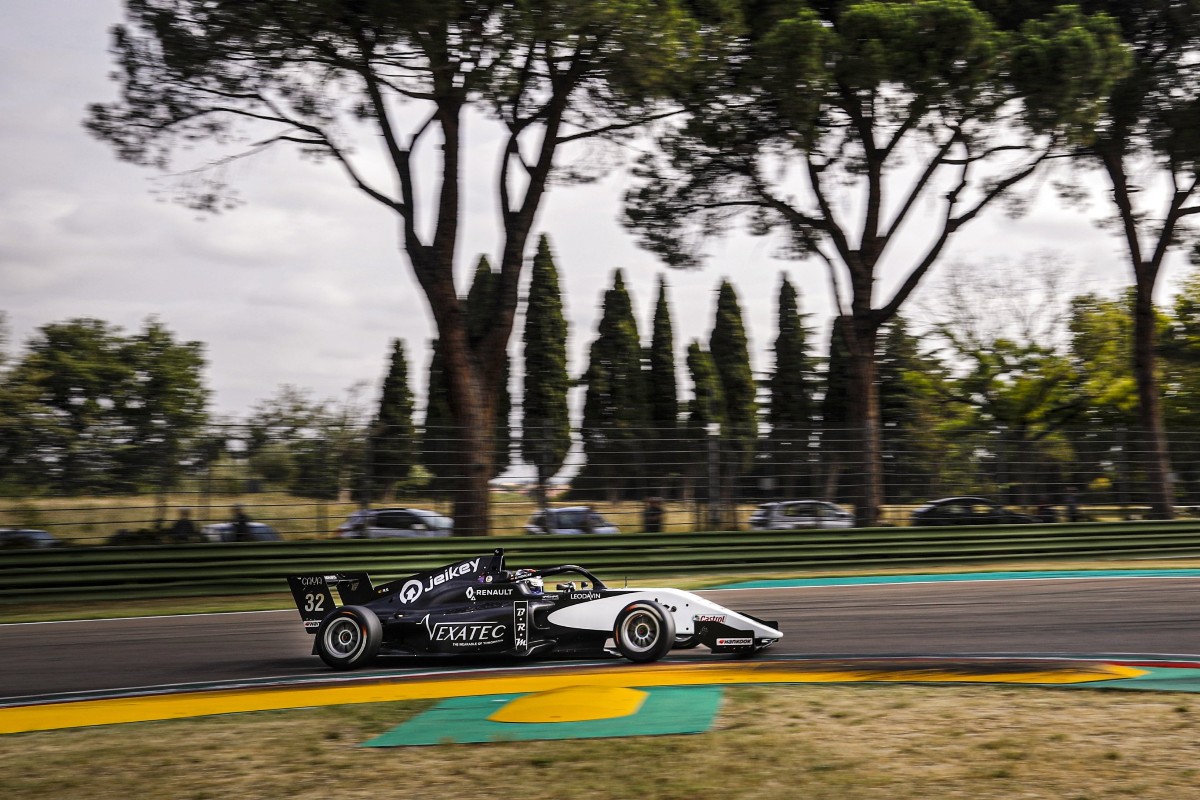 David Vidales set the pace on his first ever Formula Renault Eurocup appearance in free practice at Imola.

The JD Motorsport driver is making his single-seater debut this weekend, and had his first running with the team in yesterday’s pre-event test at the Italian circuit.

He was second fastest to team-mate William Alatalo across the four sessions on Thursday, and outpaced the Finn in Friday morning’s free practice session before rain arrived.

ART Grand Prix’s Victor Martins was next best, 0.342 seconds behind and narrowly faster than R-ace GP’s title leader Caio Collet. Martins was fastest in the wet afternoon session, which was red flagged due to the downpour and winds that hit the circuit.

Alex Quinn was fifth fastest overall for Arden, just within half a second of Vidales’ pace. The second ART and Arden cars of Paul Aron and Ugo de Wilde.

Gregoire Saucy was second to team-mate Martins in the afternoon and eighth best in the morning, with Monza winner Franco Colapinto (MP Motorsport) and SMP Racing junior Mikhael Belov (M2 Competition) rounding out the top 10.