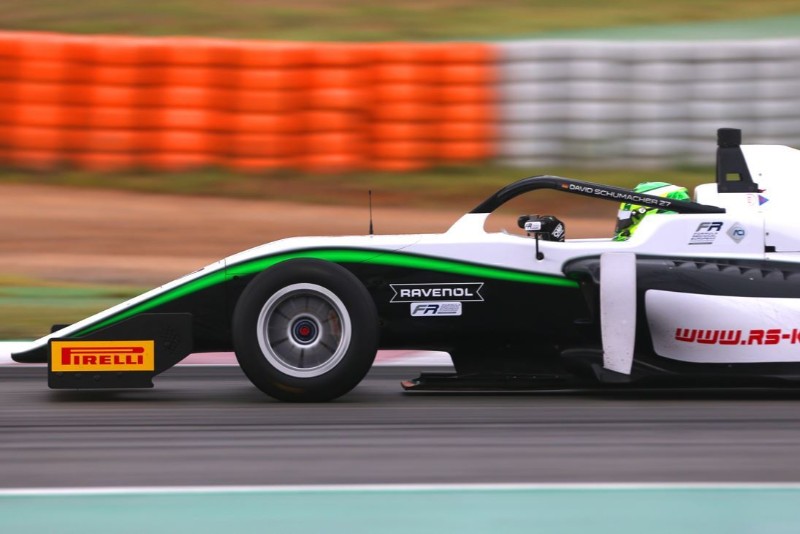 The US Racing driver made a strong start from pole and ran with Prema’s Enzo Fittipaldi in his wheeltracks for the whole race.

Quick laps early on failed to make any more comfortable in the lead, and it actually in the middle of the race where he consolidated his advantage over Fittipaldi. In the last few laps Fittipaldi closed back in, and they finished 0.697s apart.

After passing a slow-starting Frederik Vesti for third, Van Amersfoort Racing’s series debutant Dan Ticktum had no answer to the front two’s pace and built up a train of four cars behind him.

Olli Caldwell led the attack on Ticktum after passing his Prema team-mate Vesti on lap one, but could not find a way past and let Vesti challenge for third on lap 11. He lost another spot to DR Formula by RP Motorsport’s Igor Fraga a lap later

Championship leader Vesti also failed to make a dent on Ticktum’s defence until lap 16, drawing alongside through the second and third corners of the lap before completing the move at Turn 4.

Fraga then took the outside line for Turn 5 and despite a lock-up also passed Ticktum.

Caldwell was shuffled down to seventh but recovered a place back from Fraga’s team-mate Raul Guzman, with Sophia Floersch (VAR), Konsta Lappalainen (KIC Motorsport) and Matteo Nannini (Scuderia DF Corse by Corbetta) completing the points.