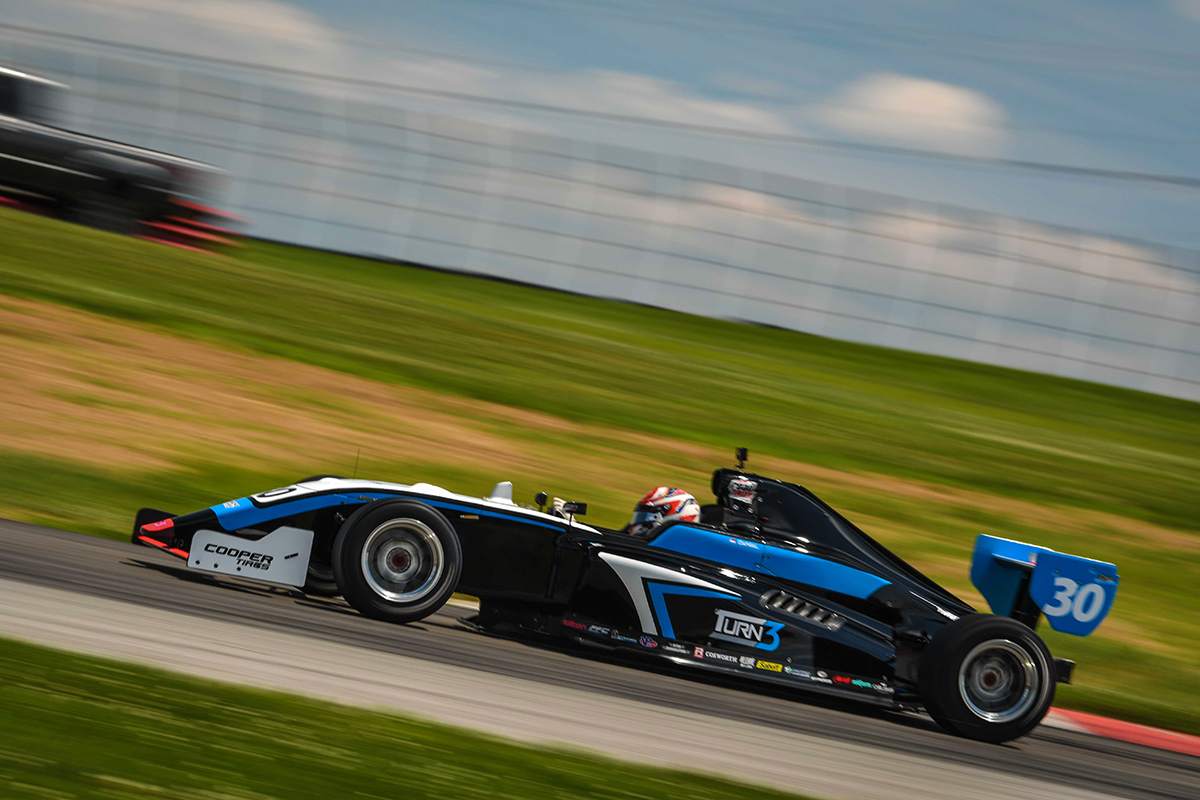 Danial Frost topped the pre-season Indy Pro 2000 test day at Mid-Ohio with Turn 3 Motorsport, and simultaneously confirmed his return to the championship.

The Singaporean finished fifth in IP2000 last year with two wins, and was set to step up to Indy Lights for 2020 with Andretti Autosport.

When the next rung up on the Road to Indy was cancelled, Andretti moved that operation to Formula Regional Americas.

There are currently no direct schedule clashes between FRegional Americas and IP2000, meaning Frost could contest the full season in the latter with the Peter Dempsey-run team in addition to his Andretti commitments.

“We tested last week, to get the chemistry and understanding with the team a bit better before the official series test today,” said Frost.

“Last week was good and I expected the same thing today. The results were there and I think we’re in pretty good shape.

“It’s a great team to work with and an easy environment – they seemed fast last year and I expected them to be fast this year, and they proved that today. I’m excited to drive with them this season.”

The benchmark time of the test was set by Frost in the first of four sessions, which were interrupted by red and yellow periods. He ended the day 0.1056 seconds up on Juncos Racing’s fourth-year driver Sting Ray Robb.

DEForce Racing’s Parker Thompson, another high-profile returnee, and Manuel Sulaiman were the only other drivers within a second of Frost’s pace.

Andretti also contested the test with a car entered under the Andretti Steinbrenner Racing banner for Devlin DeFrancesco.

A co-owned Steinbrenner car was ran in Indy Lights for Colton Herta in 2018, and George Michael Steinbrenner IV has been a co-owner of the Harding Racing team in IndyCar since then.

DeFrancesco raced for Andretti Steinbrenner in the Road to Indy Esports series, and recently dropped out of his FIA Formula 3 Championship drive with Trident amid the coronavirus pandemic.