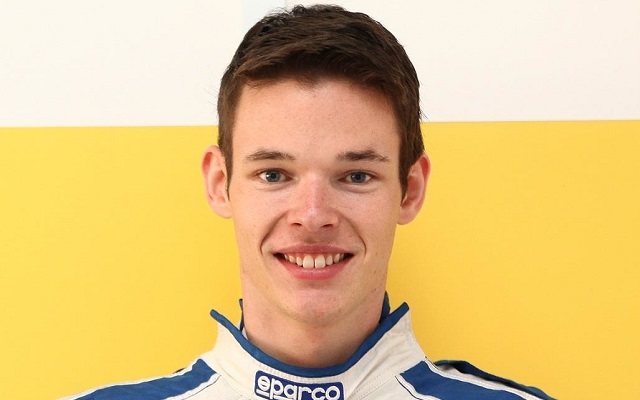 2012 Formula Pilota China runner-up Dan Wells has announced that he will return to the series, now known as Formula Masters China, in 2014 with KCMG Motorsport.

The 22-year-old from Southampton, UK is began his karting career rather late, diving into it full-time in 2009 at the age of 18. He began well though, taking a fastest lap in his first race in the Senior Rotax Max championship. He went on to take a podium in his first race and took further podiums over the course of the season.

Wells switched to cars in 2010. He participated in the Formula Renault UK Winter Series with Fortec, in an ultra-competitive grid featuring current Red Bull junior Alex Lynn, who won the championship, and F1 driver Daniil Kvyat among others. Wells managed a solid campaign, finishing 11th overall, taking a fifth place finish at Snetterton.

Wells returned to the series in 2013, again with KCMG, at the final round at Shanghai, where he picked up a pair of fifth-place finishes. He also participated in the non-championship finale at Macau, finishing a strong second.

“I’m pleased to be a part of KCMG’s latest campaign in Formula Masters this season”, Wells said. “A huge amount of effort has gone to make this possible. I would like to thank DWI, KCMG and my sponsors, namely China Translation and Printing Services and The More Card, for their continued support. We are looking forward to the first event in Zhuhai and I’m confident that the team will provide me with a competitive car as we challenge for the Formula Masters crown this year.”

KCMG team manager John O’Hara said, “With Dan joining us for 2014, I’m confident we’ll be fighting for race wins so I’m very excited about the season ahead. Dan showed us in Macau what he’s capable of and I’m sure we’ll see more strong results from him in Zhuhai next week.”

The 2014 Formula Masters China series season commences on May 10 at the Zhuhai International Circuit.