Dan Ticktum on the story of his Red Bull exit 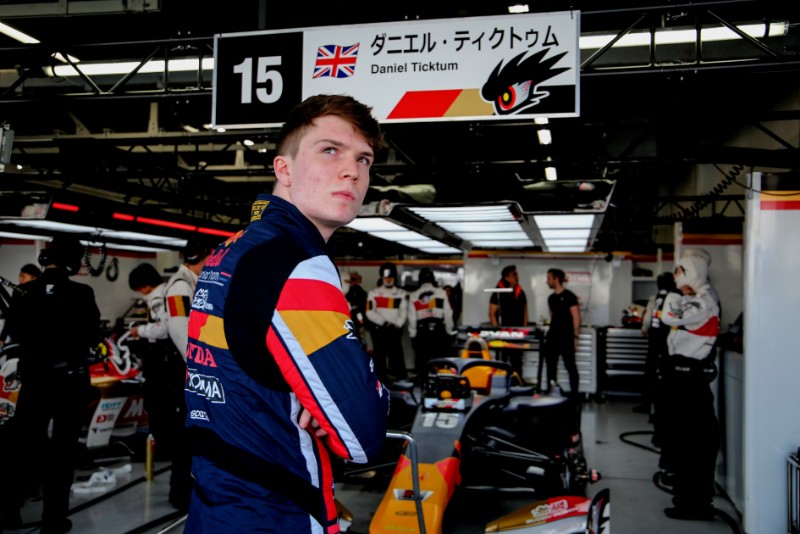 During his racing return at Barcelona last weekend, Dan Ticktum spoke to Formula Scout in-depth about his year, including the end of his Red Bull support, rumours about his time racing in Japan, and his future plans.

After winning the Macau Grand Prix for a second time last November, Ticktum earned a full-time promotion to Super Formula in Japan, a championship he had entered two races in the year before while fighting for the European Formula 3 title.

To earn additional superlicence points prior to the seven-race SF season, Red Bull junior Ticktum was entered into the Asian F3 Winter Series. This was a strategic misstep, as it materialised that the series did not in fact consist of enough events to actually award superlicence points.

With a winter wasted, this meant Red Bull’s intention for the Briton to be in a Formula 1 seat as soon as possible rested entirely on him excelling in SF, having already been caught short by superlicence requirements for a 2019 drive.

Team Mugen won the 2018 SF driver’s title with Naoki Yamamoto, another driver now linked to F1 via Red Bull, and ran Ticktum in his two-race 2018 cameo before signing him full-time for this year. With a brand new Dallara SF19 car, its previous advantage was gone and Ticktum was dropped by both Red Bull and Mugen after three races.

Ticktum has remained predominantly under the radar since, while rumours about the reasons behind his dismissal have circulated in online circles. 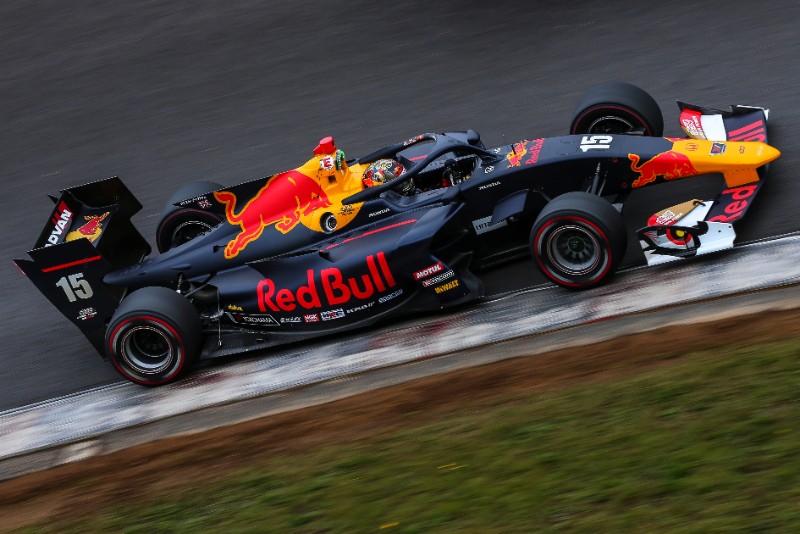 “I know a lot of people want lots of details. And I want this to be put to bed, I’ve heard a lot of rumours,” Ticktum says.

“So the rumours of me assaulting my engineer, which I’ve heard going around, have been made up by some 35-year-old bloke in his mum’s bedroom on social media. It’s a complete rumour.

“When I first heard of it, it said: RUMOUR that Dan Ticktum? It’s literally someone’s made it up and it’s got some traction because of my history. People are believing it. But, I will say now, and you can quote me on this, it’s balderdash. It’s rubbish.

“If that had happened, you would have heard it from Honda or from Red Bull, or the statement that Red Bull gave when they dropped me would have had that involved. So that’s nothing to do with that.”

Red Bull first started supporting Ticktum when he entered British Formula 4 in 2015, but did not hand him Junior status until his full-time return to single-seaters two years later, having served a year-long racing ban. He’s since won the Macau GP twice, as well as races in European F3 and Formula Renault Eurocup, and raced in Formula 2 and GP3. These achievements had no bearing on Red Bull’s assessment of his 2019 form, which it concluded was not enough to continue its support of his career.

“It was performance [based]. The team struggled, even my team-mate was struggling. There was definitely some damage from round two at Autopolis when I hit the kerb, because at Sugo I was absolutely nowhere.”

Ticktum had gone off track early in the race at Autopolis, skimming across some grass and returning to the asphalt via the kerb. It span his car round, and after avoiding an oncoming car Ticktum stalled the engine and retired from the race. 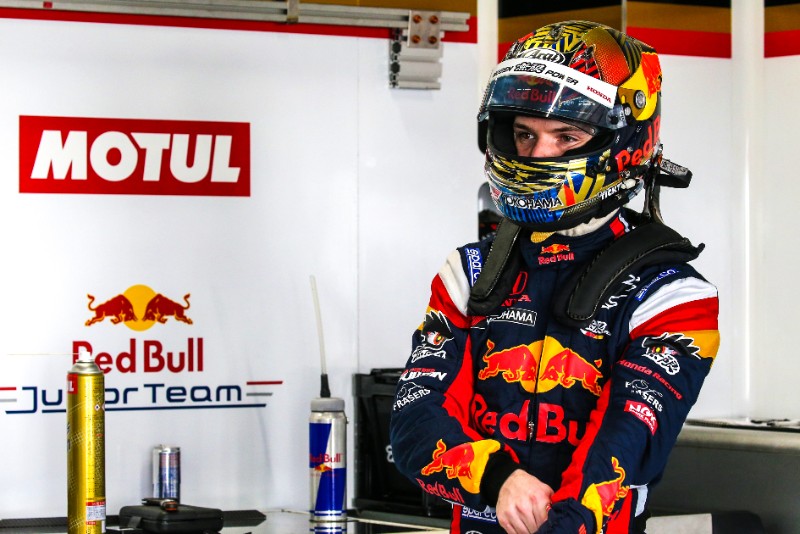 “I believe it was chassis damage. The team said they were checking everything. I’m not sure it was put on a chassis dyno. I was pushing for them to put it on a dyno because I was really worried that I had damaged their chassis when I hit the kerb, it was a big hit. I’ve broken or cracked chassis before, and I know the feeling when you hit a kerb like square on, like glass.

“Then I turned up at Sugo and I was a second off my team-mate in everything, right at the back. Patricio O’Ward was supposed to come to replace me and do great things, and he’s done exactly the same.

“From the Suzuka season opener to Autopolis we found a great step. I was fastest in first practice at Autopolis. In the wet I was really quick as well. Unfortunately at both Suzuka and Autopolis I didn’t have a chance to qualify [well], because there were four red flags at Suzuka and I think five red flags at Autopolis.

“At Autopolis I would go out after my build lap, and I’d go purple-green or green-green [for sector times] and then there would be a red flag in the third sector. It was like Macau. Honestly, it was crazy.

“It was very unfortunate. For the first two races I didn’t have a chance to prove my pace at all, then at Sugo there was obviously a problem because the year before I’d qualified eighth on my first time ever on the track and everything. I will say I feel like the team were pointing the finger a little bit at me. They were saying I need to maybe change my driving style a little bit. I can see maybe I could have improved a bit [in that direction], obviously a driver can always improve, but I was not one second off my team-mate.” 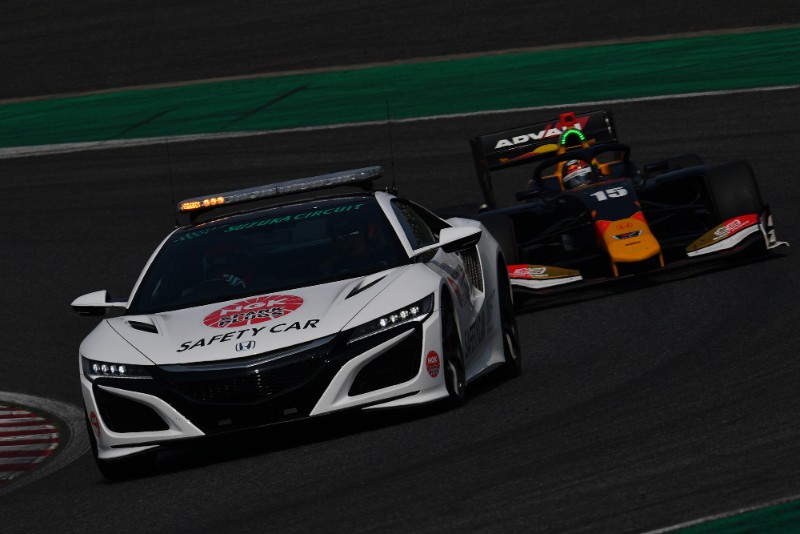 The Dallara SF19 and Yokohama tyres have visibly played to the strengths of some drivers, like fellow European F3 graduate Alex Palou. Ticktum is adamant though that his driving style was not linked to the poor results.

“I honestly don’t feel like it’s the style at all. I feel like the set-up window of the new car is incredibly small. We had four days of pre-season testing in which you get like four hours a day. Two in Suzuka and two in Fuji. Essentially the first two to three rounds is about which team has the best baseline set-up, and we unfortunately didn’t have a great baseline set-up.”

Ticktum adds that of the seven circuits SF races at, F1 venues Suzuka and Fuji are outliers in their layouts.

“We knew we were going to struggle for the first three rounds, but we were definitely getting better. Autopolis looked quite strong, but from round three, we definitely had a problem with the car. And that was it really, the rest is history.

“If you look at [fellow Red Bull driver] Pierre Gasly’s season in 2017, his first three races he had a very similar number of points to me. Well he had very similar to me. Then he did very well in the second half of the season. I was very keen to work with Mugen to sort the problem we had with the chassis, and I’m sure the second half of the season would’ve been a lot better.”

After being dropped in June, Ticktum didn’t sit in a single-seater again until Dallara chose him to shake down its 320, the successor to the F317 Ticktum won Macau in. 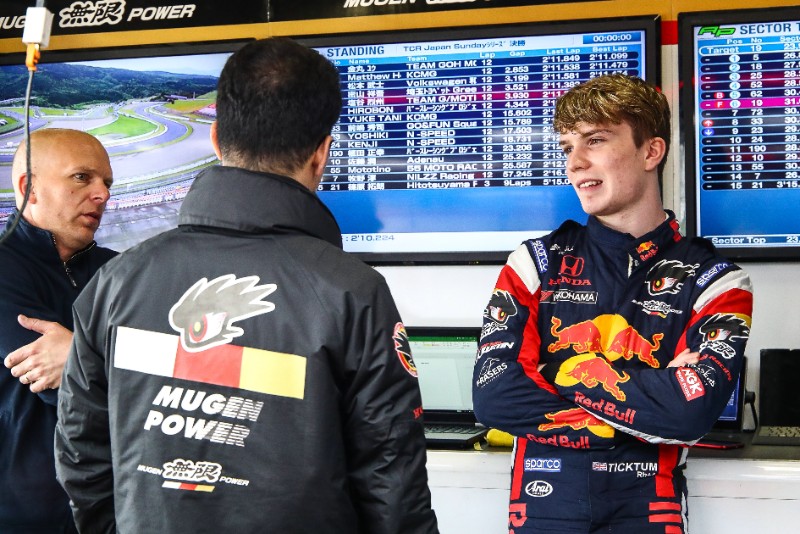 Ticktum is hopeful some of the Euroformula Open and Japanese F3 teams purchasing the 320 will call him to shake it down for them too, including potential Dallara customer Van Amersfoort Racing, which Ticktum has joined to most likely contest the remainder of the Formula Regional European Championship season.

“I just wanted to do some racing. Keep sharp, that’s all there is really to it.

“Obviously I raced earlier in the year in Super Formula, so you could argue this is a bit below what I should be doing, but I don’t look at it like that. Some people may, but I just look at it as racing. It’s a good little championship, so I’m happy to be here and happy to get some more mileage done.”

VAR had ran one or two car line-ups prior to Ticktum joining for the sixth round at Barcelona, where he scooped up the team’s fist two podiums of the season. 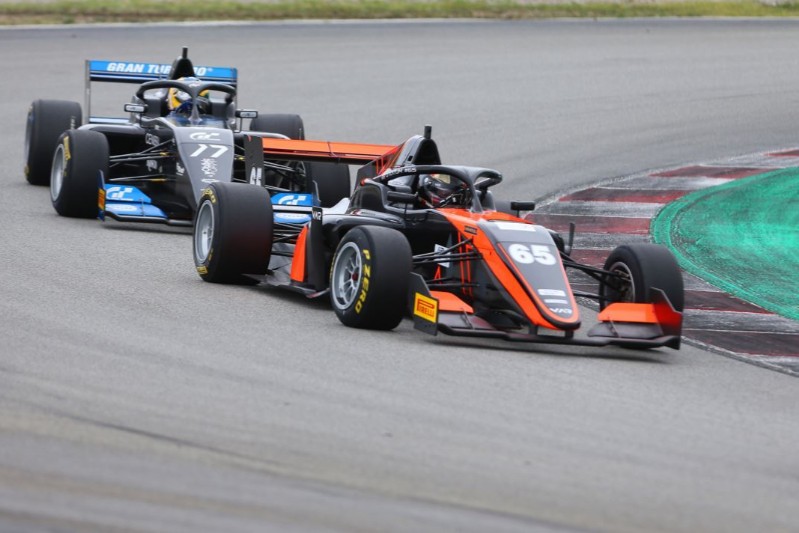 “[Frits van Amersfoort’s] quite keen to have a driver with a bit more experience to help their car. VAR’s got some underlying issues which are quite easily solvable, and once we find the sweet spot I think we’ll be giving Prema a run for their money. I’m sure everyone would [like to see that]. We still have some stuff to work on, but we are relatively close already and obviously there’s a bit more time in my driving and myself because I haven’t driven the car a lot.

“I’ve been doing a little bit of fitness work [in preparation for returning]. I stopped, if I’m honest, for about a month after I got dropped. The motivation obviously dropped a little bit. And it was in the summer break so I went on holiday and just tried to forget everything a little bit.

“The training’s been mostly in the neck. Luckily, I’ve always had quite a strong neck, but earlier in the year I was training my neck a lot more for Super Formula and F1 obviously. The F1 tests were a bit of test for the neck, but I coped pretty well.”

Without his Red Bull backing, Ticktum is unlikely to be sitting in an F1 simulator or car any time soon, and won’t be able to claim superlicence points if he wins races in Formula Regional as he would have contested too little of the season. He’s still aiming to make it onto the F1 grid though.

“So there we go,” he concludes. “I wasn’t given enough of a chance [in SF]. But I’m not going to slag Red Bull off, they gave me an opportunity. Maybe they didn’t give me enough time. But still, they gave me the money to go racing, they gave me the belief and I did a lot of stuff in the simulator, worked very hard. I was doing a lot of F1 sim stuff before I got dropped.

“Christian [Horner, Red Bull Racing team principal], I’m sure he’ll back whatever I say up. He was very happy with the F1 tests and also the simulator work I was doing at the factory. Everyone was happy. So it was just a bit of a rash decision, I think.

“But there’s no disrespect to Dr Helmut [Marko, Red Bull Junior team boss], I got on really well with him so I’m not going to burn the bridge. Who knows what will happen in the future.

“I’m aiming to try to get a good deal in F2 next year, and hopefully get some good results, and who knows what doors are going to open soon. We’ll see.” 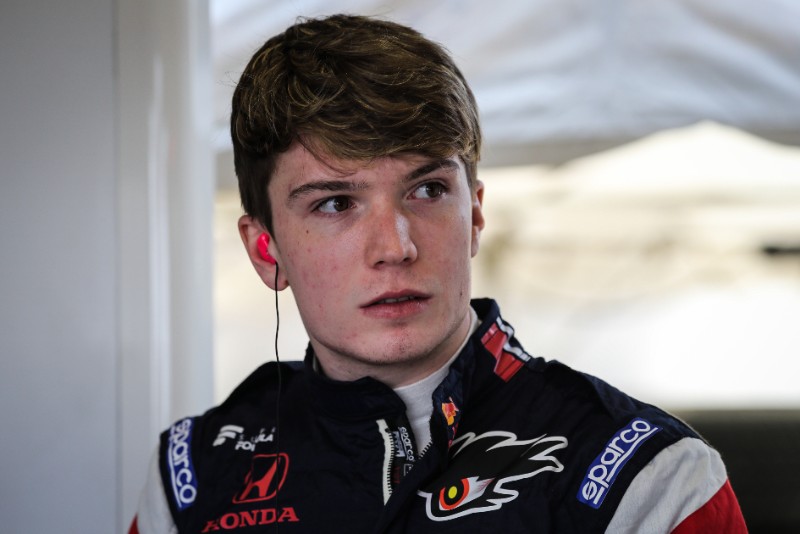