DAMS? Francois Sicard: 2019 “will keep in our memory for life” 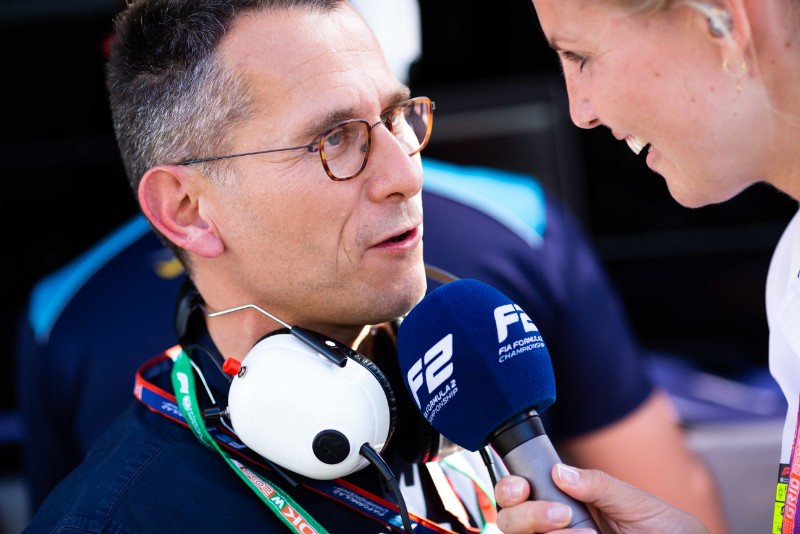 DAMS team manager Fran?ois Sicard has reflected on an emotional season for his team that ?we will keep in our memory for life”.

The French squad won the Formula 2 team title in last month’s Abu Dhabi season finale, three months on from the team mourning the loss of its founder Jean-Paul Driot, who passed away at the age of 68.

It was the team’s first F2 title, having been the top team and run the title-winning driver a total of 12 times in predecessor series International Formula 3000 and GP2.

?Maybe we have had more difficult titles to get, but this one is really the one we will keep in our memory for life,? said Sicard.

?It has been a tough season for us, with the passing of Jean-Paul. We really wanted to have it this year.

?Competition was very tight and very hard, we had very good competitors in front of us, so it was not an easy task. All of the team members really wanted to get this title and both drivers have been awesome with us.

?They were really thinking of the team, as much as themselves, so it was a really nice team effort from everybody.

?To clinch the title with such a nice win is something so special for us and there was no better way to pay tribute to our team founder Jean-Paul.?

It was Sergio Sette Camara?s win in the feature race of the Abu Dhabi season finale that sealed the title, but it wasn?t an easy race for either of their drivers.

?He had a bit of wheel spin at the start. This jeopardized the result a little bit. He did very well though and pushed very hard. Both the team and the driver did very well.?

Latifi finished the race in seventh, after an unplanned double-stack pitstop, but bounced back to finish second in the sprint race. Sette Camara made it a double podium for the team in third place.

Despite the tricky circumstances, the rewards that the team reaped were sweeter. ?It really was a team performance and I think the way we got the title was really important.?

Deletraz and Piquet to race for Charouz in 2020 F2 season