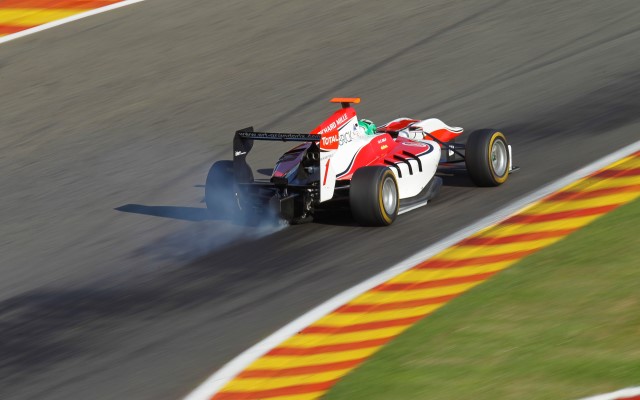 The American driver went quickest in the dying moments of the session, 0.12 seconds faster than second-placed Carlos Sainz, a winner at the Belgian circuit in F3 last year.

Nick Yelloly was third ahead of Sainz’s fellow Red Bull Junior Daniil Kvyat and championship leader Tio Ellinas, whose rear wing came off on the Kemmel Straight at the end of the session.

Lewis Williamson was sixth ahead of Alexander Sims, who has replaced Eric Lichtenstein at Carlin this weekend after the Argentine’s backers Velociudad ended his campaign due to results not meeting expectations.

Facu Regalia, currently second in the points, was eighth quickest with the top ten completed by Melville McKee and David Fumanelli.