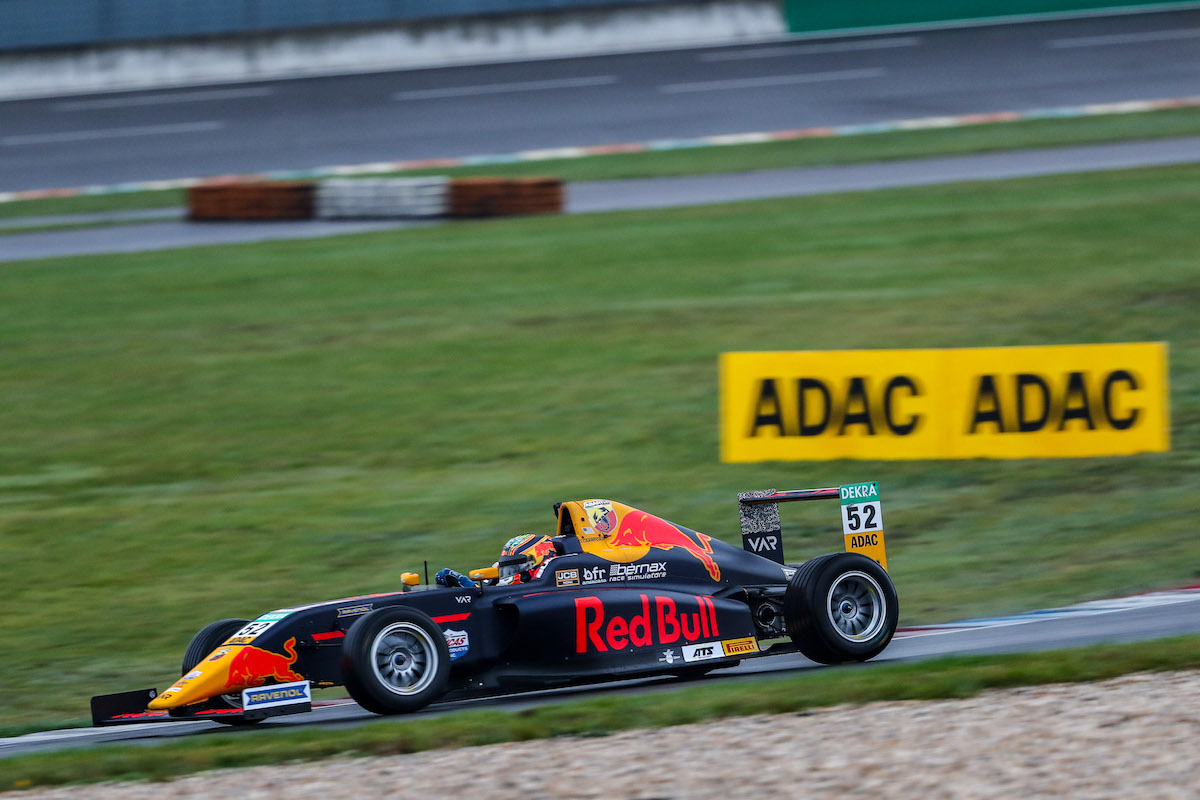 The Van Amersfoort Racing driver got off the line well and stayed behind pole-sitter Kirill Smal during the opening third of the race, as championship leader Edgar made his way from the back of the grid into the top five early on.

Crawford took the lead of the race at the half-way mark from Smal and was under pressure from Edgar before the British team-mate damaged his front wing trying to overtake and had to pit.

The safety car bunched the pack up for three minutes of green flag racing, however Crawford was able to stay ahead of the cars behind to take the chequered flag in first place.

US Racing’s Tim Tramnitz got by Smal after the restart to take second place for the third time in 2020.

Smal and Joshua Duerksen were only separated by 0.014s at the chequered flag, although it was the pole-sitter who took third place to round out the podium.

Smal’s R-ace GP team-mate Victor Bernier finished in fifth despite having to pit to change his front wing on lap two.

Oliver Bearman finished ahead of championship leader Edgar for seventh place, with Roee Meyuhas finishing in eighth after starting the race in ninth place.