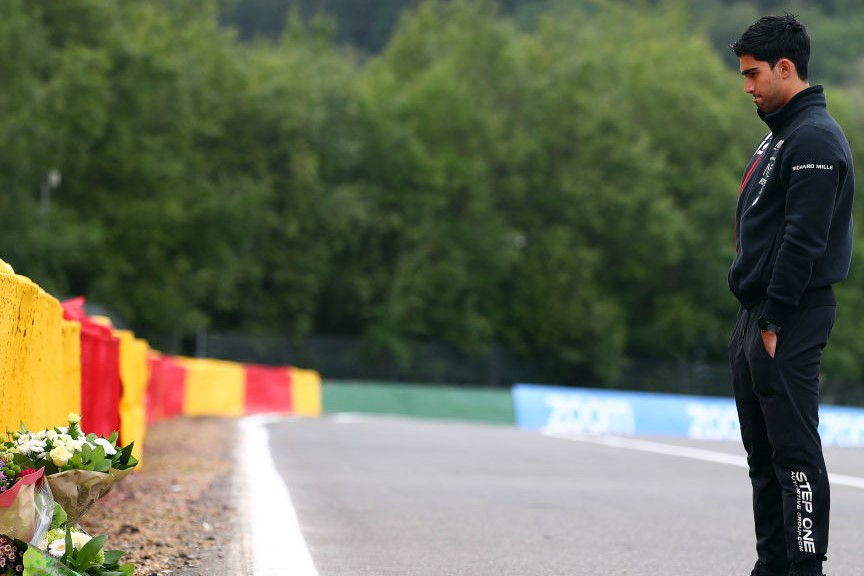 ART Grand Prix’s Juan Manuel Correa has spoken about the two frames of mind he will be in this weekend at Spa-Francorchamps, where he had his horrific accident in 2019.

Correa was involved in a multi-car crash at the Raidillon corner in a Formula 2 race, and it claimed the life of Renault Formula 1 junior Anthoine Hubert as well as leaving Correa in hospital with life-changing injuries.

The Sauber junior broke his legs and suffered organ damage, and continues his rehabilitation in what he considers ‘year zero’ of his racing comeback in FIA Formula 3. It’s his second trip to Spa since 2019, having gone to the 2020 Belgian Grand Prix.

“I think there are two JMs going to Spa: there’s going to be the 2021 FIA F3 season JM that’s going to be focused and treat it like any other race,” said Correa.

“For sure, I want to continue with my progression of the season, score points, get a podium and I’d love to win a race. Then there is the personal JM whose life has been marked by what happened in Spa two years ago.

“It will always be special for me because of what happened, because of Anthoine losing his life there… It’s always going to be emotional. There is also that angle which I will have to deal with.

“I will try to not let it distract me too much but it’s a reality, and I am also happy to go there and race again after so long. It’s going to be an opportunity for me to face my fears and show everyone that I can drive there without any issues and hopefully have some good races.”

Speaking to Formula Scout at the previous round at the Hungaroring, he said “it’s been a bit of a weird season, it’s not a normal season because I’m doing my rehab at the same time and since the beginning, we have encountered many challenges which we were expecting”.

Correa has scored four times this season and currently sits 19th in the FIA F3 standings.

“Results-wise, I’m definitely not satisfied with what I’ve done so far. I want much more, I’m hungry for podiums, I’m hungry to win races and get some points, but looking at where I’m coming from, I’m pleased with how I have done this season.

“I’m here, I’m racing, I’ve finished all the races which was a big part for me and so far it’s been going okay in that sense but I’m very hungry for the second half of it.”