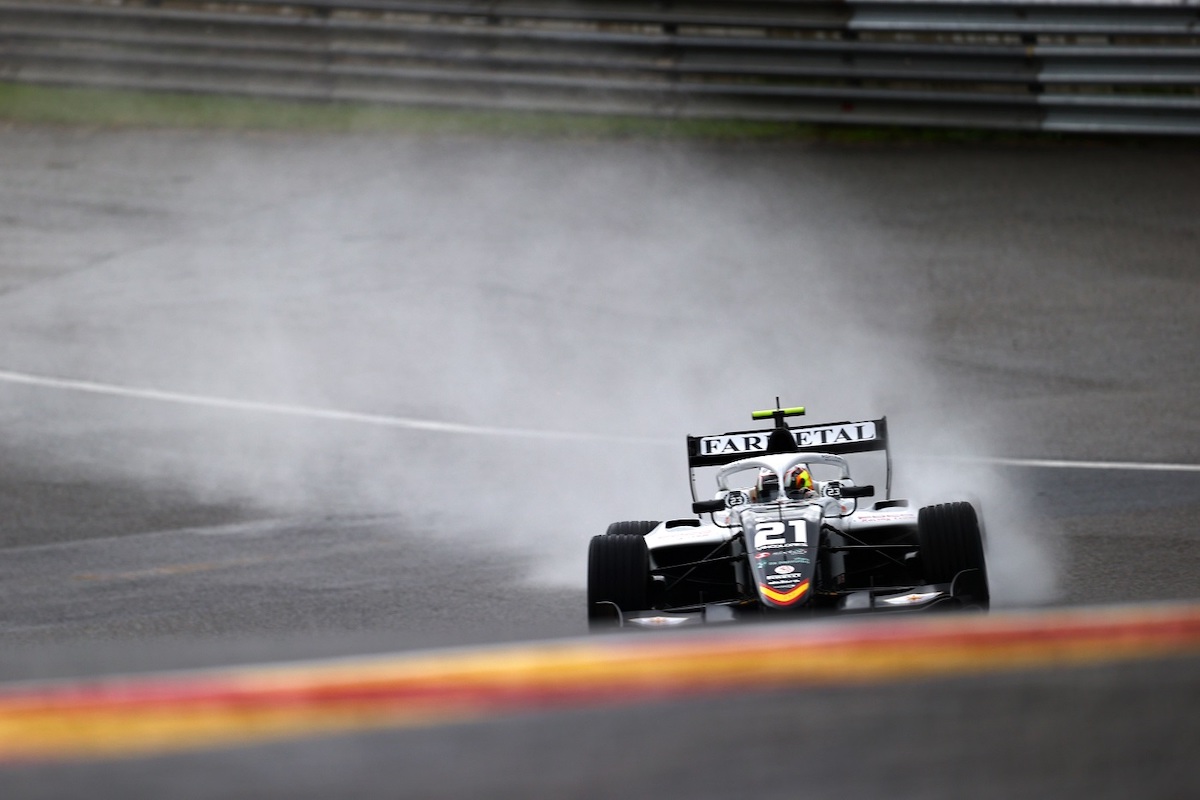 Starting at the head of the reversed grid, the Italian used his clear track to set consecutive fastest laps and pull away from the opposition by 13.471 seconds over the course of the race.

This gave the Campos Racing ace his maiden win in the category after a penalty for a safety car infringement stripped him of his first place in race one at the Hungaroring.

After an initial delay of 25 minutes because of the conditions, cars drove three formation laps behind the safety car before the race start was suspended again for another 25 minutes due to heavy rain and poor visibility.

The race finally got underway behind the safety car after that second delay. Colombo took advantage of his position and quickly opened a gap of over three seconds ahead of Hitech GP’s Jak Crawford and Roman Stanek when the safety car came into the pits after three laps.

Behind them, it was MP Motorsport’s Alpine Academy duo Caio Collet and Victor Martins who were making moves, first on Charouz driver Logan Sargeant and then on Trident’s Clement Novalak to move up to seventh and eighth respectively.

After that, things stayed pretty calm until the last two laps, when there was a fierce battle for fourth place among four drivers.

Trident’s David Schumacher attempted a move on Jenzer’s Jonathan Hoggard at La Source, which led to both going side by side into Eau Rouge.

This benefited those coming from behind, with Collet moving up to fourth and Vesti to fifth. However, Collet was soon penalised for leaving the track and gaining an advantage in the process, which demoted him to ninth at the finish.

In the meantime, it was a very quiet race for Crawford and Stanek who went on almost unnoticed to complete the podium, after holding on to their starting positions.

Vesti took fourth ahead of Martins, Hoggard, Novalak and Sargeant.

Schumacher dropped to 11th behind Smolyar but will start race two from the front row of the reversed grid alongside team-mate Jack Doohan, who held on to 12th place throughout in front of the Prema drivers Arthur Leclerc and Dennis Hauger the championship leader.

Filip Ugran was permitted to take part in the weekend’s races despite missing both practice and qualifying for medical reasons. The Jenzer Motorsport driver ultimately finished his race in the pits shortly before the end.