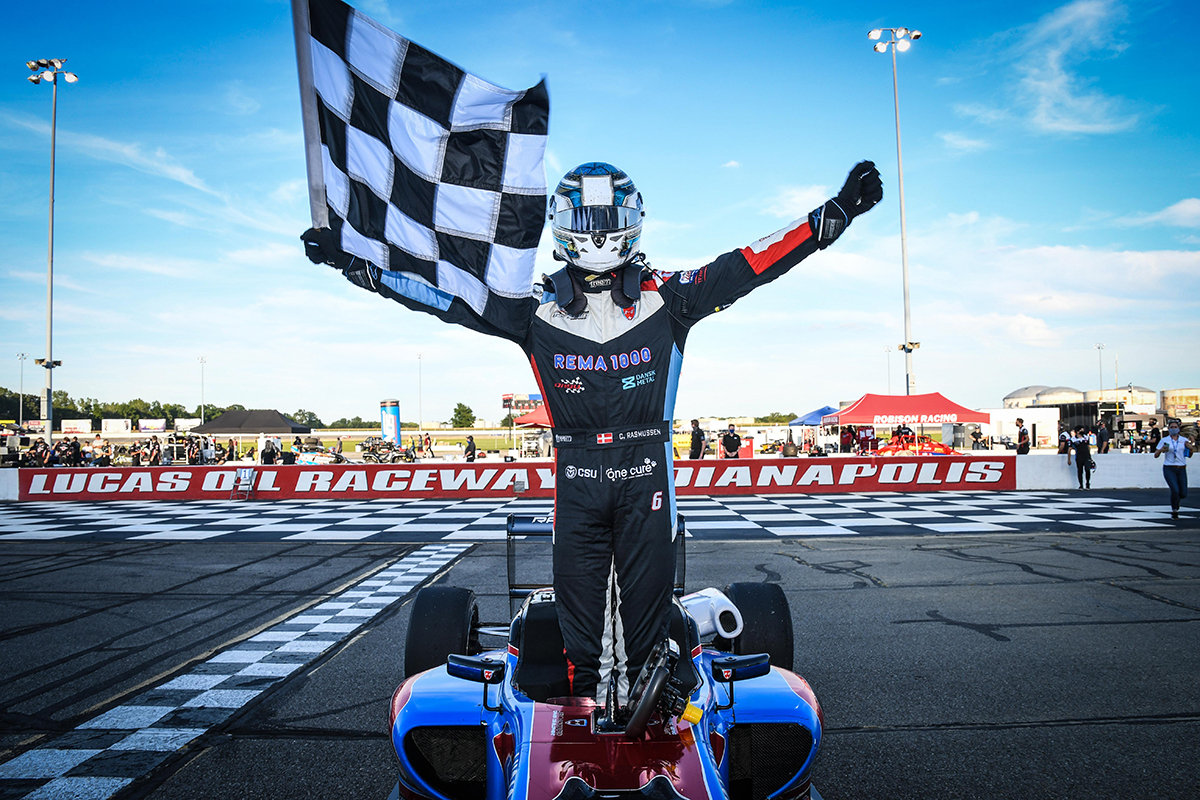 Christian Rasmussen continued to dominate the 2020 USF2000 season with a commanding race victory in the Freedom 75 at Lucas Oil Raceway.

Polesitter Rasmussen led for 74 of the 75 lap contest to earn his first victory on an oval course by 6.4997 seconds.

The Jay Howard Driver Development driver lost the race lead on the opening lap to fellow front-row starter Reece Gold but snatched it back on the second lap and never let go of it it all the way to the chequered flag.

Gold was initially able to maintain pressure on Rasmussen in the early laps, but as the duo encountered traffic, it was Rasmussen who built an advantage.

“I had Jay (Howard) in my ear the entire race, telling me to slow down because I had a six-second lead,” Rasmussen said after the race.

“He wanted the win as much as me and he has so much experience, but I always want to push. But it’s hard to get around traffic on the oval, compared to the road courses. It’s a different style of driving.

“It’s a lot more car-dependent so overtaking and using the other lanes on the racetrack is really where the car’s balance comes in to play. It’s so important, so a huge shoutout to the team for making the car as great as it is. It’s amazing to drive, it’s so consistent.

“There’s still so much of the season left, we’re just taking it one race at a time, and so far it’s been a lot of first places. We’re six for six. I matched my boss’ win streak! Hopefully, we can beat it at the next race.”

Gold took his fourth consecutive podium finish of the season whilst Jack William Miller passed Michael d’Orlando, Rasmussen’s closest rival in the points, with 10 laps to go to secure the final place on the podium

D’Orlando was forced to settle for fourth place ahead of the highest-placed USF2000 rookie Christian Brooks.