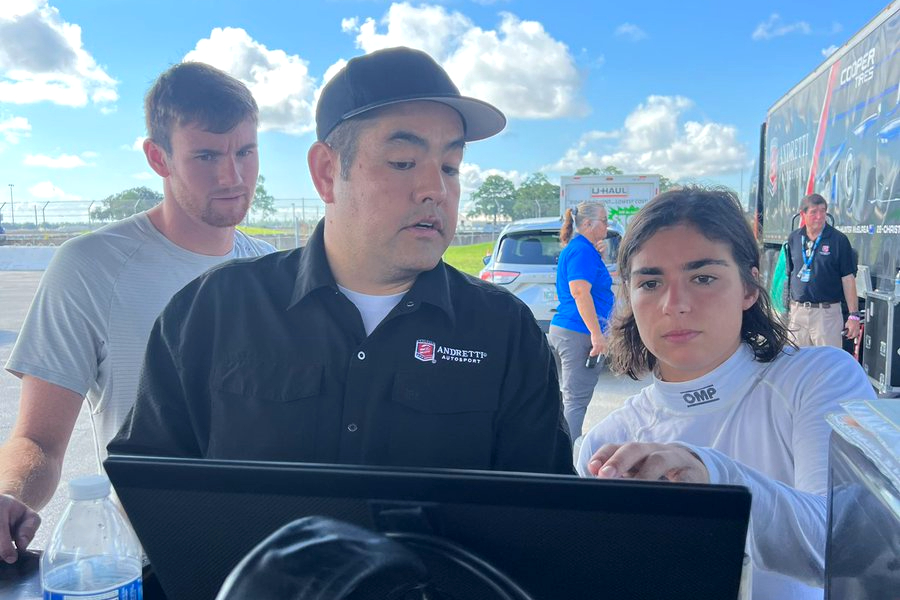 Jamie Chadwick says stepping up to Indy Lights could physically prepare her for Formula 2, as she struggles to attract backing to enter FIA Formula 3.

The FIA F3 Championship has been her primary target, but after her potential step-up for 2022 did not materialise, it has become harder to find a 2023 seat.

“F3 and F2 and Indy Lights are kind of the options that I’m looking at. With F2 obviously being slightly too much of a step [for 2023],” Chadwick said in a recent press session.

“F3 has been a bit trickier to try to find the support for, whereas Indy Lights seems to be potentially a better option in that sense. But still weighing up options, conversations are ongoing throughout Europe and Americas.”

She has previously voiced uncertainty about if women would be competitive in Formula 1 based on the physical challenge of the cars, and said her 2020 FRegional European Championship season “scared me off of ever struggling physically in a car” as FREC had the Tatuus T-318’s standard steering rack rather than the lighter one W Series uses with the car.

Chadwick was jovial however after her Indy Lights test.

“Pleasantly surprised by the physicality of it,” she said. “I think I’d been scared off a little bit. A lot of people said it’s a really big, heavy car, and it definitely is a step up in terms of anything I’ve driven before in terms of power and probably weight. But actually the steering weight wasn’t so bad.

“But that said, the races are very long out there, and the conditions when we tested in Florida were pretty hot, mid-thirty degrees. It’s definitely a physical car, but we did complete a really good test programme. So in that sense I was really happy.

“I felt like I could get comfortable with the car and drive the car how I wanted to without too much limitation physically, which is something that I was really happy with. There’s still a lot of work to be done from my side to improve next year. But I think the main thing with that is I know that with the long races and the amount of testing and everything that you get in Indy Lights, it could put me in a really good position for the year after to make another step up [to F2], because of having that extra time to develop both physically and driver-wise.”

“The type of physicality is quite different to the F2 car,” Chadwick added. “My ultimate goal is to try to test, at least in F2. So at least then I know, even if it’s not possible for [2023], I want to know for the year after what I need to work on and how strong I need to get. Because I do think it is possible, I don’t think it needs to be as physical as maybe it is.”