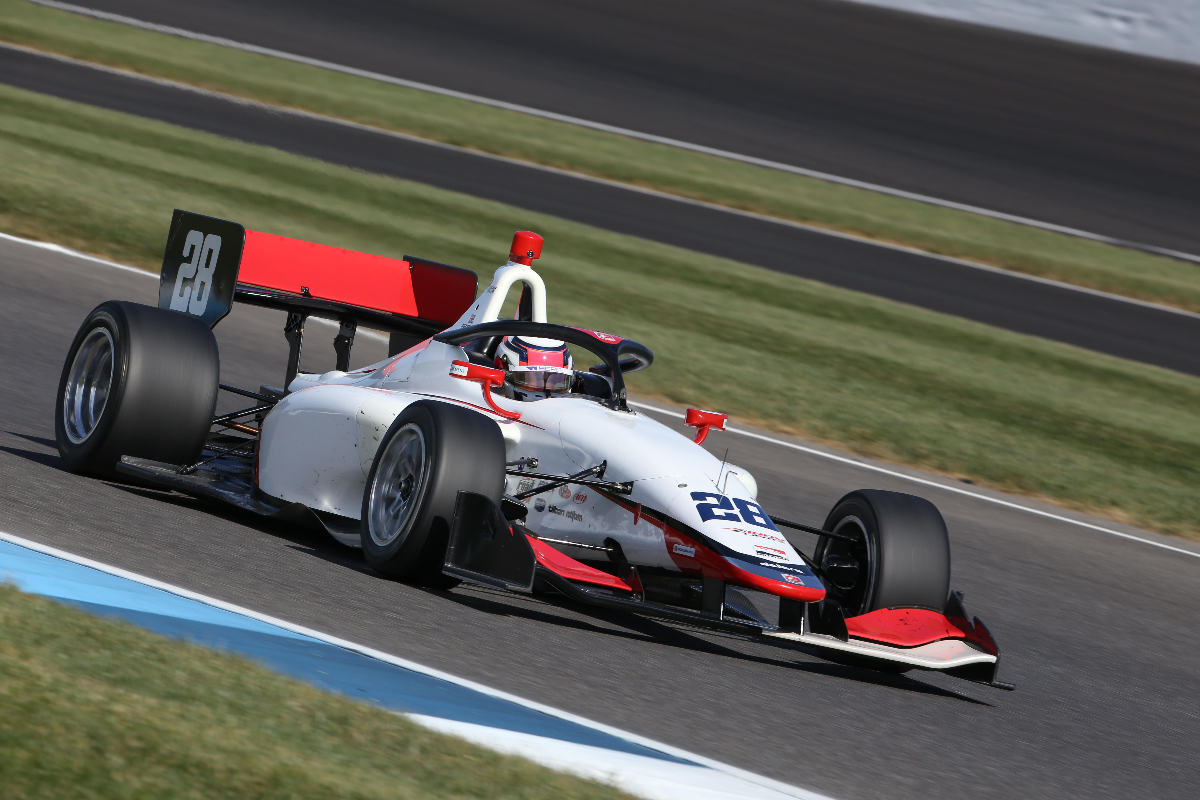 Jamie Chadwick says she is “looking forward to learning more” about different set-ups in Indy Nxt after “being quite restricted on those options” in W Series.

The Williams junior has signed with Andretti Autosport to step up to Indy Nxt in 2023 after winning three W Series titles.

W Series’ ambition is to put its drivers on track with as equal machinery as possible, with is fleet of Formula Regional cars centrally run by Hitech GP during its inaugural season and by Fine Moments since.

Not having multiple teams automatically meant less set-up variation, and W Series was strict with preferred engineering approaches to follow to reduce the chance of performance disparity between machinery across the grid (with chassis rotated between drivers for each round in previous seasons) rather than allowing engineers and drivers to take an exlusively performance-led approach to set-up selection.

“It’s for sure a good step up,” Chadwick said of the move up to driving an Indy Lights car. “I was surprised by how quick they were when I first tested. But that said, they’re really enjoyable to drive. It’s a different driving style required.”

She added: “As soon as I got in the car, I really enjoyed it. It is a car you have to push to and beyond the limit to get the most out of, which in comparison to what I’m used to, particularly with the tyre, you’re generally just a bit under it.

“You don’t want to slide on the tyre [in FRegional], you don’t want to overwork it, whereas this you kind of go to it and beyond it, which was something a bit new to me. I felt like I was leaning more on my off-road experience more than anything else.

“But still, other than it being a general good step up in performance, the car was really enjoyable to drive, and I think what I also really liked – and there’s a big difference from W Series – is the amount of adjustability within set-ups and from the engineering aspect.

“So the ability to work with the engineer and go through many different test items in the day as supposed to being quite restricted on those options, I found really interesting and something I’m looking forward to learning more about.”

Chadwick admitted she was surprised by “the limit” driven at by Indy Nxt and IndyCar drivers, compared to her experience with different tyre characteristics in European single-seaters.

“There’s a lot more tyre preservation [in Europe], particularly in race runs. Although in qualifying you push very hard, in the race runs in anything I’ve driven, you’re very much below the limit to protect the car. Whereas over here, with the nature of the tracks and the driving style, it’s possibly a bit more towards the likes of Extreme E, but I wouldn’t say to that limit.”