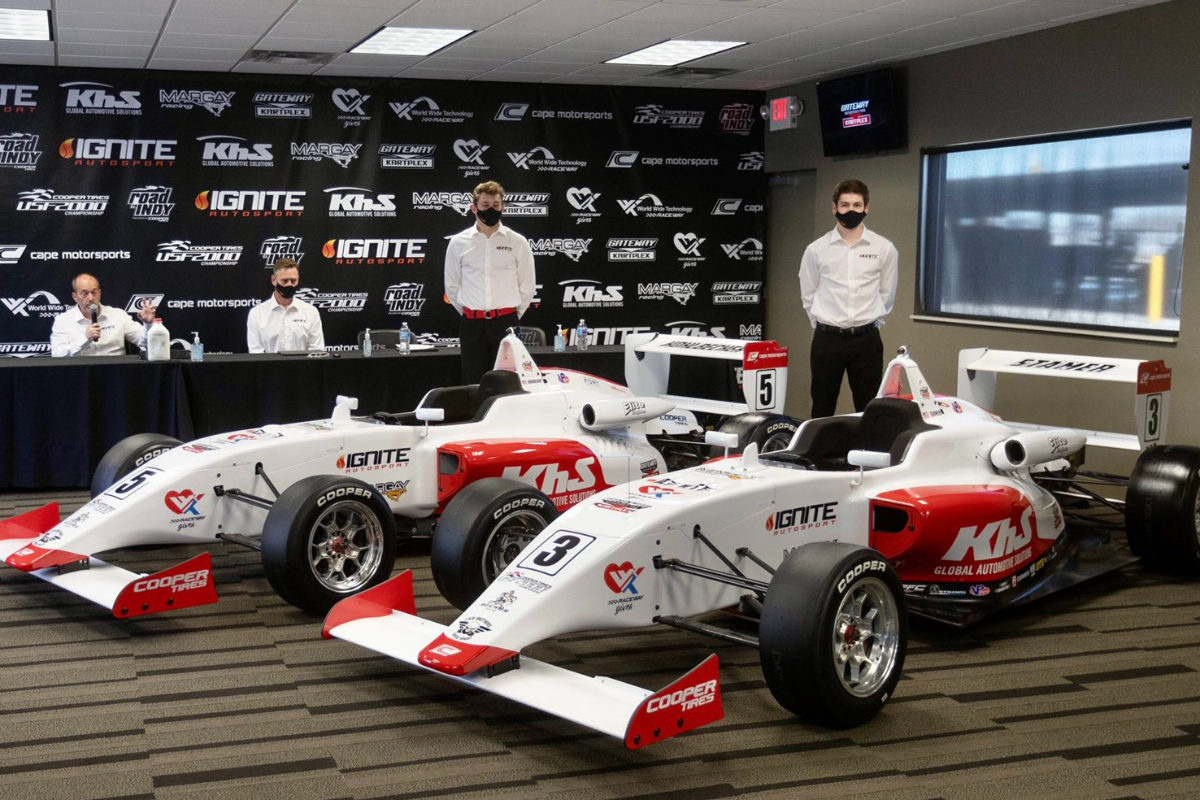 Cape Motorsports will co-run two cars in USF2000 this year via a new alliance with Ignite Autosport, with Spike Kohlbecker and Evan Stamer chosen as the drivers.

In addition to two entries under its own banner, Cape has teamed up with automotive firm KhS Global and kart manufacturer Margay Racing for a St. Louis-financed offshoot that includes the involvement of the Gateway oval used on the Road to Indy.

The Ignite element comes as an extension of the Gateway-based karting programme that Margay runs, and both of the drivers it has picked, and will fund for 2021, came through Ignite karting at the start of their careers.

Kohlbecker, 18, is a highly rated graduate of Formula Ford racing and spent 2020 racing in Formula 3 and Formula 4.

He was a race-winner in Canada’s wingles Toyo Tires F1600 series in 2018, then starred on the New Zealand FFord scene before finishing as title runner-up in BRSCC National FF1600 in the UK in 2019.

Last year began with a Toyota Racing Series campaign with a best finish of fifth, before stepping down to United States F4 with the same Kiwi Motorsport team and winning two races on the way to third in the points.

Stamer has been a factory Margay driver in karts and starred in regional competitions, and recently stepped up to single-seaters with the manufacturer’s backing in the Lucas Oil Formula Car Winter Series.

“Evan and Spike are motorsports champions in the making, two exceptional local drivers who are primed to reach the upper levels of the sport,” said Ignite Autosport team manager and Margay owner Keith Freber.

“Through the Ignite Autosport programme and with the support of the St. Louis community, we want to create the next generation of motorsport champions.

“Our programme is unique because our drivers do not have to bring their own funding to compete, enabling them to concentrate fully on honing their driving skills and winning races.”

Cape isn’t new to co-running cars in USF2000, having raced in partnership with top sportscar team Wayne Taylor Racing from 2010 to 2016.