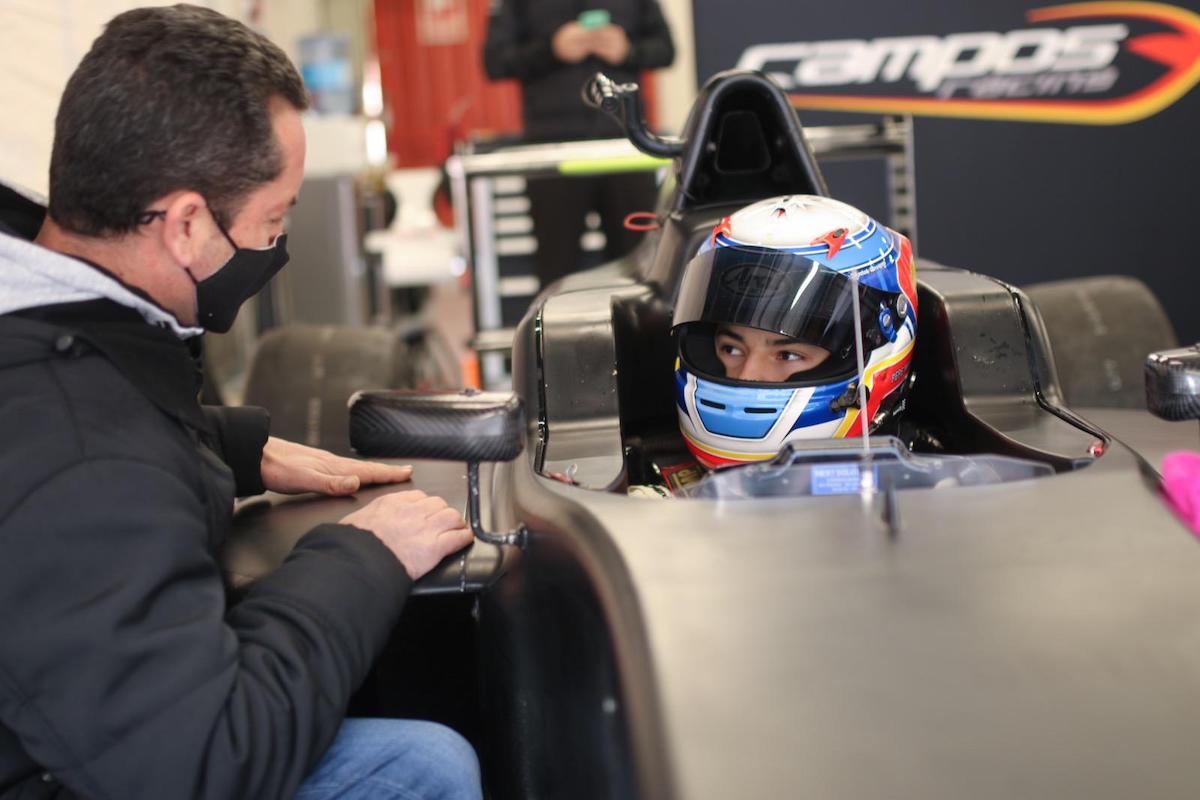 Campos Racing has named Alex Garcia, Pepe Marti and Sebastian Ogaard as its first three drivers for its venture into Spanish Formula 4 this year.

The team, best known for racing in Formula 2 and its predecessor GP2, is racing in the entry-level series for the first time in 2021 and has been testing many drivers during the off-season as it prepared for its debut.

Marti (pictured) is graduating to single-seaters after a season spent in senior karts where he came seventh in the CIK-FIA World Karting Championship under the tutelage of two-time Formula 1 world champion Fernando Alonso.

He will first compete in F4 United Arab Emirates with Xcel Motorsport this month, before moving on to race in Spain.

Ogaard made his car racing debut in Spanish F4 two years ago, and spent 2020 crossing between the Danish and Italian F4 paddocks. In his two appearances in his home country of Denmark he claimed three wins and ended up third in the points, while in Italy his full season resulted in 20th in the standings after four points finishes with Bhaitech.

“Campos Racing has always believed that to give talented drivers the opportunity to race with us was a fundamental part of our work,” he said.

“Pepe Marti will play a key role on the Spanish motorsport scene in the future and I’m pleased to see he is following the footsteps of big Spanish names working with Genis Marco and our team.

“Ogaard brings his talent and experience, which will help us as team, and we expect to continue working together in the long term.

“Alex is a perfect example of the new generation of Mexican drivers who are making the leap abroad thanks to experienced Diego Menchaca.”

“At Campos Racing we have always considered it essential to give the opportunity to those young drivers who deserve it,” said Adrian Campos.

“Pepe Marti will be an important part of the future of Spanish motor racing and I am proud to know that he is following in the footsteps of great Spanish names, hand in hand with Genis Marco [Alonso’s karting mentor] and our team.

“Ogaard brings his talent and experience, which will help us as team, and we expect to continue working together in the long term.

“Alex perfectly represents the new generation of excellent Mexican pilots who comes hand-in-hand with a driver with long and extensive experience like Diego Menchaca.”