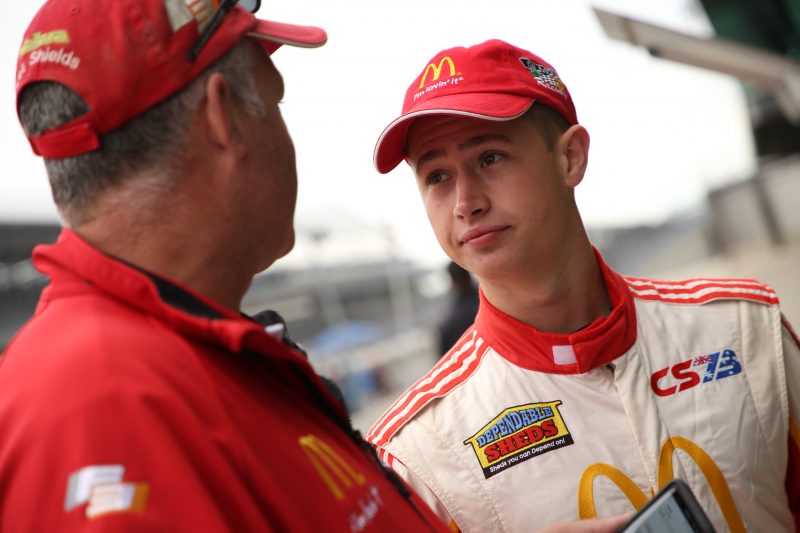 Cameron Shields and Nolan Siegel will race together as team-mates at Newman Wachs Racing in USF2000 this year.

Coming from the same town in Australia as 2014 IndyCar champion Will Power, Shields has won 52 of the 154 car races he has competed in since graduating from karts in 2015.

He was the Australian Formula 3 National Class in 2016, but stepped down a class the next year, finishing second in Australian Formula Ford and third in the country’s Formula 4 championship in 2017. He returned to F3 last year, just missing out on the title, and was fourth in a part-season in F4.

Newman Wachs team manager Brian Halahan wants Shields to be competing for wins from the start of the season.

?I?m very excited to have Cameron signed with the team for the 2019 season,? Halahan said.

?I think his racing history speaks for itself and I expect to be fighting for wins right out of the box. The combination of his experience and our engineer John Hayes? knowledge should be a powerful combination. St. Petersburg cannot come soon enough!?

?Newman Wachs Racing is a very professional team, with a long history of results to back that up and I am full of confidence that together this season we can continue that trend of success with the ultimate goal of becoming the 2019 Cooper Tires USF2000 champions!

?It has been a very tough journey over the Christmas break to ensure that I could be on the grid this season.

?Without the help of my parents, Will Power, Bob Power and Charles Crews, alongside every member of NWR, there is no way I would be returning to America, so I would like to sincerely thank each of them and all IndyCar and Andersen Promotions personnel whom I have interacted with over the last six months for the upcoming series.?

Cape Motorsport has completed its line-up for USF2000 this season after signing 19-year-old Braden Eves.

Eves competed in the final round of USF2000 last year in Portland with Newman Wachs, finishing sixth in the first of two races, while he also raced in the opening three rounds of United States F4.

After having surgery during the off-season, Eves is looking forward to the start of the season after a tough 2018.

?Cape Motorsports is really a great team, and their history of winning championships speaks for itself,? Eves said. ?Coming off a difficult 2018 season, it?s extremely refreshing to have such confidence in the people around me.

?I?ve been working hard at home to put all of this together, as well as getting my fitness back to 100% after my surgeries a few months ago.

?Pre-season testing starts next week and I can?t wait to get back into the car.?