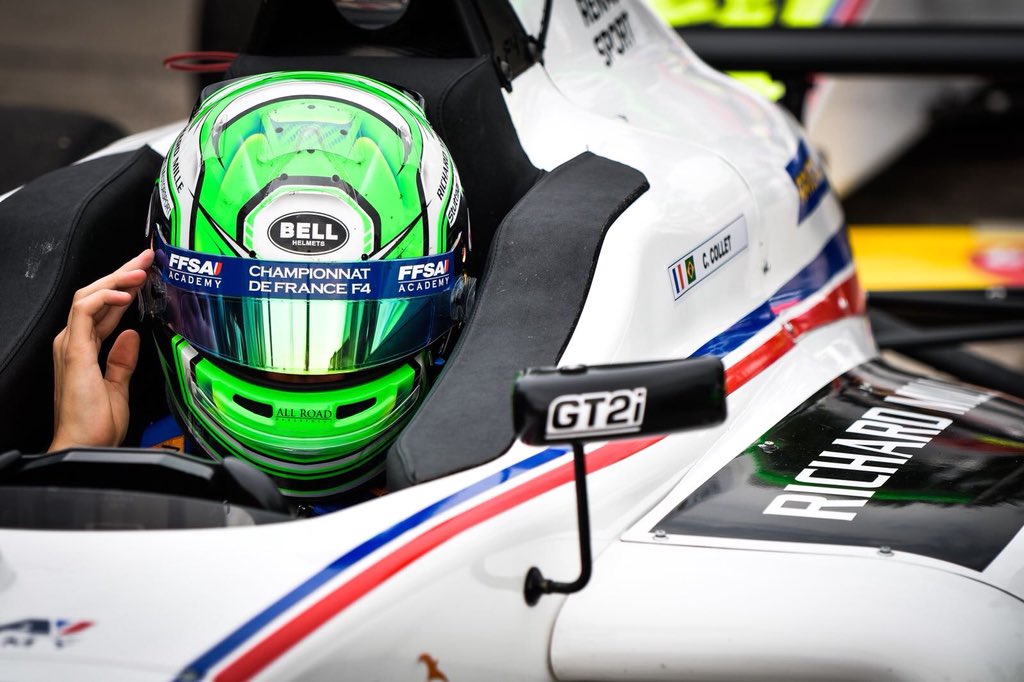 Caio Collet extended his French Formula 4 lead with his fifth win of the season in race three at Magny-Cours.

The Brazilian defended heavily from pole, sweeping across on front row man Ugo de Wilde. After being forced down to third de Wilde then encountered dirt off line at Turn 3, and sank down the order before returning to the track.

This just left Collet with Junior classification driver Theo Pourchaire to contend with, who had already been gapped by the end of the first lap. Collet was also helped by Esteban Muth spinning out of fourth place at the end of the lap, but the stranded car of Romain Boeckler meant Collet’s advantage was wiped out by the appearance of the safety car.

Collet immediately broke away at the restart, with Pourchaire also establishing a small gap over Adam Eteki, who had jumped past race two winner Arthur Leclerc.

Eteki didn’t have the pace to stay in third, and Leclerc and Reshad de Gerus started to bunch up behind him, enabling the top two to further escape.

Leclerc got past Eteki at one of the track’s three hairpins, but then came back under attack at the next. On each occasion one driver was forced off the track, but the several lap battle was eventually decided in Leclerc’s favour.

Meanwhile de Wilde was climbing back up the order, and was in the pack of cars behind fighting over seventh. The Belgian’s progress looked like it would halt in eighth place, although he completed a move on Ulysse de Pauw for seventh, he spent the rest of the race defending the poition.