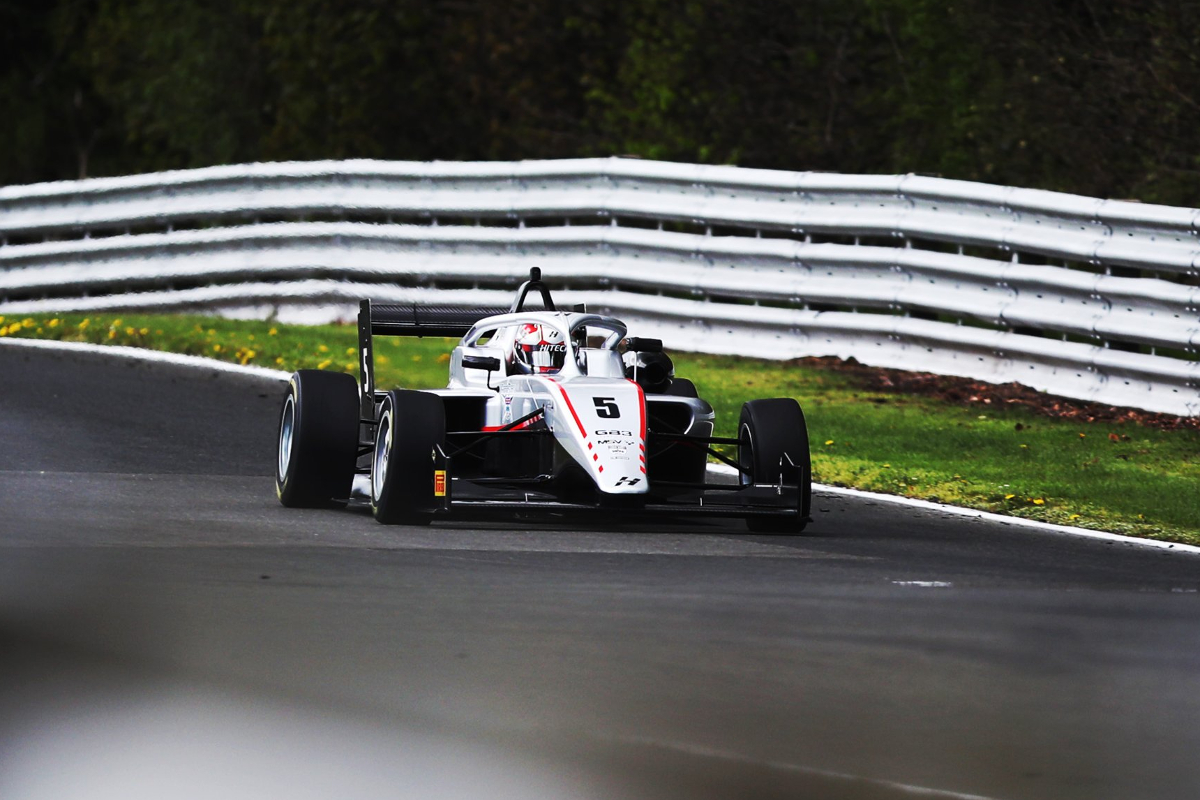 In the series’ first race using the new Tatuus MSV-022 car, Browning took the lead at the start, immediately pulling out a one-second lead over Carlin’s Faria and JHR Developments’ Matthew Rees. Browning continued to pull away, setting the fastest lap on the final tour.

Faria finished 0.461s ahead of reigning British Formula 4 champion Rees, who was shown a black-and-white warning flag for exceeding track limits while in pursuit of the Sauber F1 Junior.

Starting from fourth, single-seater rookie Callum Voisin had an incident-filled lap one. Battling with Carlin team-mate Javier Sagrera, a collision at the hairpin put the latter out with damaged rear-left suspension.

Voisin dropped down the field, but then had a second collision at Hislops with Arden’s Alex Connor, who had made up ground from 20th, and was forced to pit for a new front wing.

That promoted Chris Dittmann Racing’s McKenzy Cresswell to fourth, a position he held to the end despite race-long pressure from Fortec Motorsports’ Joel Granfors, who was attempting to recover from a five-place grid penalty,

But Granfors slowed with an issue on the final lap, dropping to sixth behind fellow GB3 debutant John Bennett (Elite Motorsport).

Arden’s David Morales came home 10th after fending off Hitech’s Cian Shields. Max Esterson was another who hit trouble on the opening lap and finished 19th.