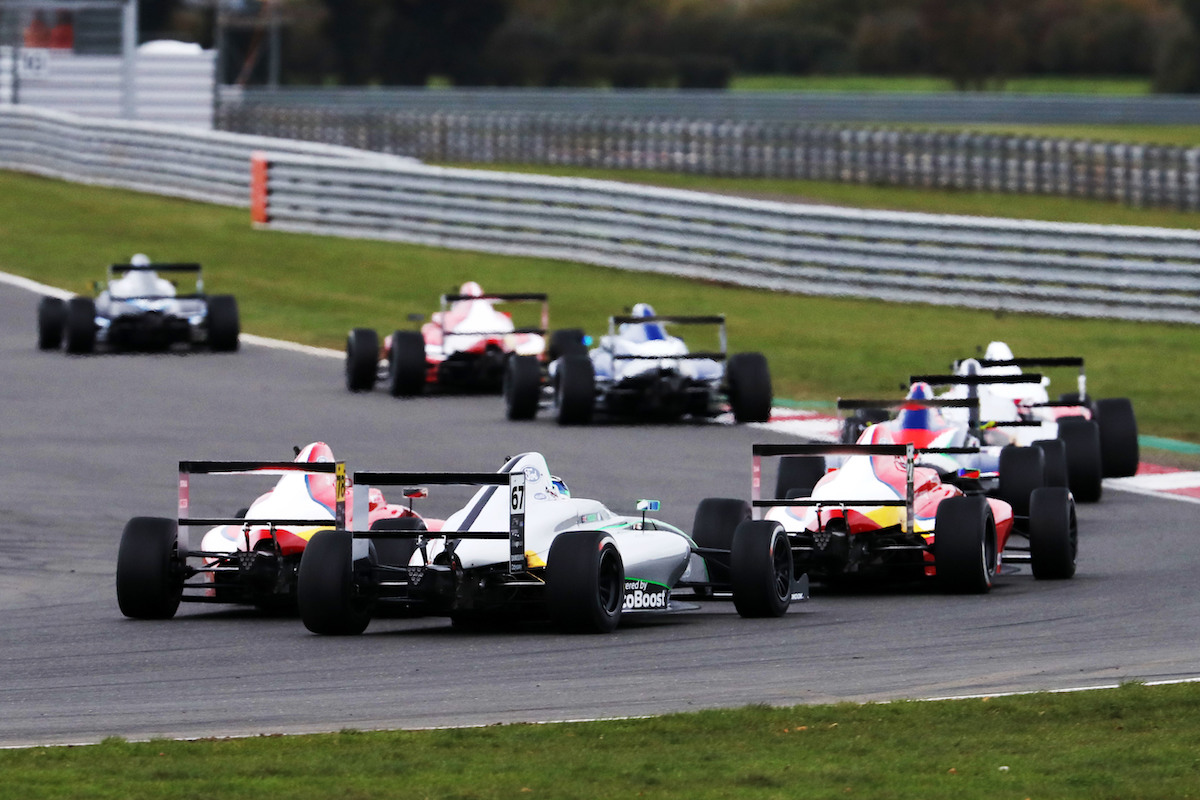 The British Formula 4 championship has announced that it will run races with fully reversed grids in 2021, as well as an adjusted points system.

Prior to this year, the championship had run the second race of three each weekend with the top 50% of the results of the first race flipped, and points awarded as per the standard FIA format (with 25 for a win) across all three races.

The points format has changed for this race, with the top eight being given points on a scale of 15-12-10-8-6-4-2-1. All three races will also now include a point for the fastest lap, as seen in Formula 1.

It is not the first junior championship to incorporate fully reversed grid races. BRDC British Formula 3 uses them in a different manner decided from the results of the first race of a weekend, while W Series trialled a non-championship race with a grid based on reversed championship positions in 2019.

The third race in each weekend will remain determined by the second-fastest qualifying times set.

“I’m pleased to unveil a number of changes to our event format for the 2021 season,” commented Sam Roach, championship promoter.

“Our regulations have remained stable for over half a decade now, which is a real testament to how well the format has been received and – more importantly – worked in practice.

“However, we feel the time is right to shake things up a little bit for 2021, incorporating feedback from our teams, and I’m confident the changes will only add to the fantastic on-track action we’ve become globally renowned for at this level.

“The changes to the reverse grid race give drivers at both ends of the grid a real opportunity to hone their race craft, practice attacking and defending and really put in a shift to bring home the results they need, wherever in the standings they may be.

“As the first step on the FIA Single Seater ladder, driver development is one of our key objectives and these initiatives tick all the boxes to help that process.

“Generally speaking, grid numbers are looking really positive, both announced publicly and still in the pipeline, and it’s full steam ahead for our team now as we prepare for our season opener in April.”

Six drivers have so far been announced for the upcoming season, including Georgi Dimitrov with the returning Richardson Racing outfit, while Argenti Motorsport announced Matias Zagazeta on Wednesday.