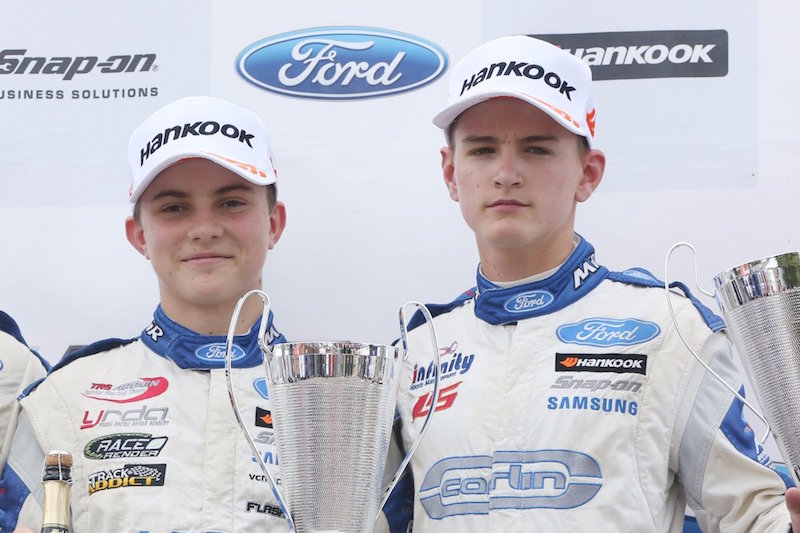 British Formula 4 front-runners Oscar Piastri and Logan Sargeant will both race in Formula Renault this weekend in the Northern European Cup finale at Hockenheim.

Piastri, who finished second in the 2017 British F4 standings, will continue his partnership with Arden Motorsport, which has been involved in the Australian?s career since he was in karts and ran him this year in British F4.

“We didn’t quite get the championship win but I learned so much about the car, race craft and how a top level team operates. It was amazing to work with such capable engineers, mechanics and support staff during the year,? said Piastri.

“I’ve already done a few tests in the FR2.0 car with different teams and it’s awesome. There’s more power, more aero and is a lot more physical to drive.

?I’ve been training hard to ensure I can perform at a high level throughout a race weekend, I guess I’ll find out where I’m at soon enough.

“I’m running with Arden for this race so there will be a lot of familiar faces there, especially my engineer.?

Pedro Matos has engineered Piastri since his first car racing campaign in the 2016-17 UAE F4 championship.

?I’m expecting to learn a lot this weekend. To get a feel for the starts and racing the car wheel to wheel, much the same way I did a few F4 UAE races before this season in British F4.

“Renault has a testing ban for all of January and February, so it’s important to get some solid work done before the Christmas break,? affirmed the Australian.

Piastri is expected to step up to FR2.0 full-time with Arden for 2018, although this announcement is unlikely to come until later in the year.

Sargeant finished third in British F4 this year, and has already made an appearance in FR2.0 machinery.

The American entered the Paul Ricard round of the V de V Challenge Monoplace series back in May, where he took his first ever win and pole in car racing.

He made his FR2.0 debut with R-ace GP, and he will be rejoining the team for his run in this weekend?s NEC finale.

Gabriel Aubry is fifth, having missed two races, but is a favourite to win the title thanks to his tally of race wins in both the Eurocup and NEC, and the addition of Piastri, Sargeant and several FR2.0 Eurocup regulars to the entry list.