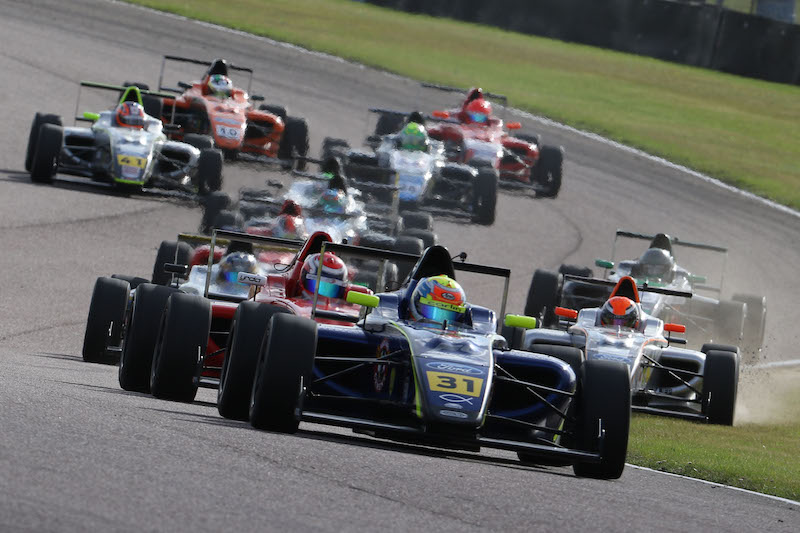 British Formula 4 has revealed a new nine-round calendar for 2020, which drops its second visit to Silverstone.

After the series’ own postponements and the Motorsport UK-enforced ban on events until the end of June, the season was due to begin at Snetterton on July 25/26.

That event has now been put back all the way to October 24/25, with Donington Park reclaiming the season opening slot on August 1/2. The circuit was supposed to host the first race weekend of the year on March 28/29.

Brands Hatch will also return to its position as round two, with the races on its Indy layout taking place just one week after the season opener on August 8/9.

A back-to-back trip take places again at the end of the month at Oulton Park (August 22/23) and Knockhill (August 29/30). The visit to Scotland is the only of the season that retains its original date and format.

In September there is a third back-to-back at Thruxton (September 19/20) and Silverstone (September 26/27). The traditional use of Silverstone’s National layout has been kept on the the weekend when the championship was set to debut on the circuit’s International layout.

Croft, which usually marks the end of the season’s first half, has been rescheduled to October 10/11, and is followed by the visit to Snetterton and the delayed season finale on Brands Hatch’s Grand Prix layout on November 14/15.

Before the season gets underway, British F4 has organised its own iRacing-based Esports series to run through the end of April, May and June. The first fixture is tonight (Monday) and is at Donington Park.

Revisiting the early years of GP2