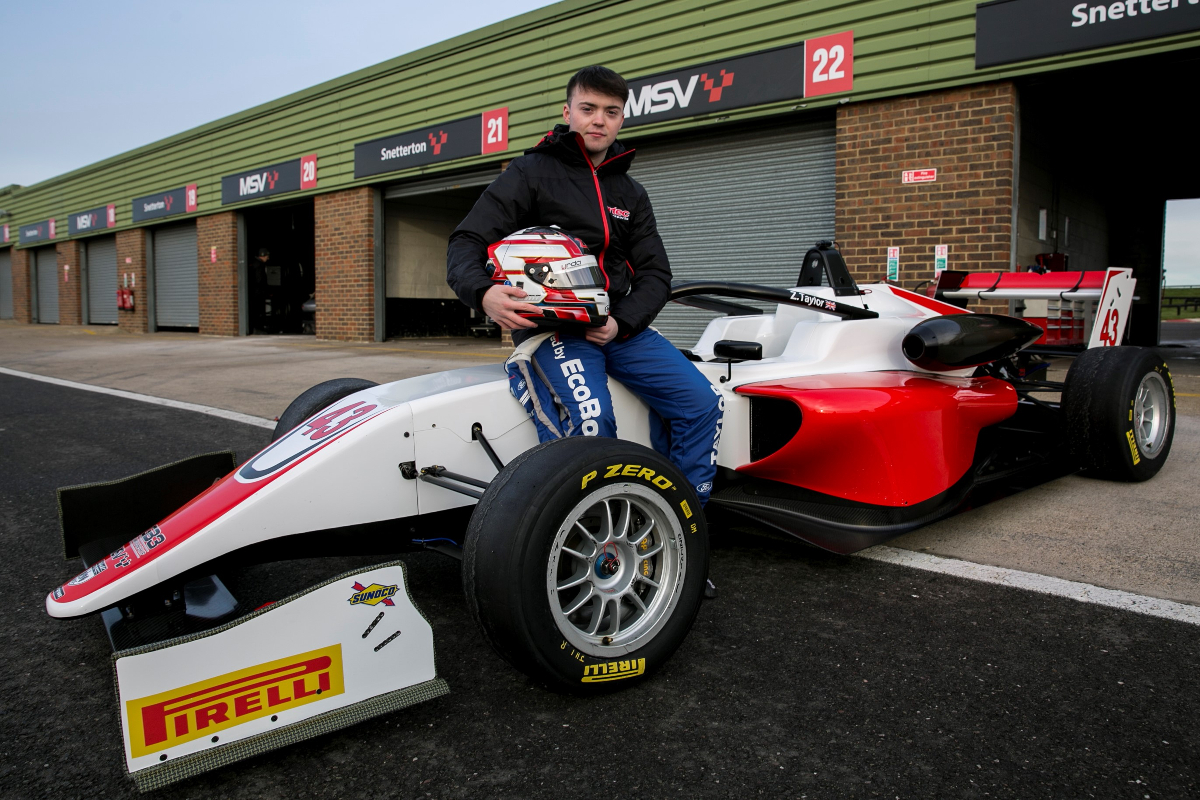 Zak Taylor will move up to GB3 for his second year in single-seater racing as he joins Fortec Motorsports.

The 19-year-old came 13th in British Formula 4 in 2021 with Arden, winning the reversed-grid race at Brands Hatch Indy and claiming podiums in that race at four other rounds.

He graduated from junior karting to car racing in 2019, contesting three rounds of Ginetta Junior and its Winter Series. His best finish was 11th, but he made the podium in 2020 en route to 13th in the main series points after missing two rounds.

“I am really looking forward to competing in GB3 with Fortec for the 2022 season,” said Taylor.

“After looking around their facilities and completing a test it was clear that they are the right team for me to step up from F4 to GB3. I am excited to get started with such a well-established team and I hope to add to their success in my maiden campaign.”

“We raced against Zak last year and it was clear to see that he has very high potential,” said Fortec’s team manager Ollie Dutton.

“His performance in testing with us has confirmed that, and we’re very pleased that the opportunity presented itself for us to work with him in GB3 this year. Between now and the start of the season we’ll have a busy testing programme with the new car to give him as much seat time as possible, so he can challenge at the front of the grid.”