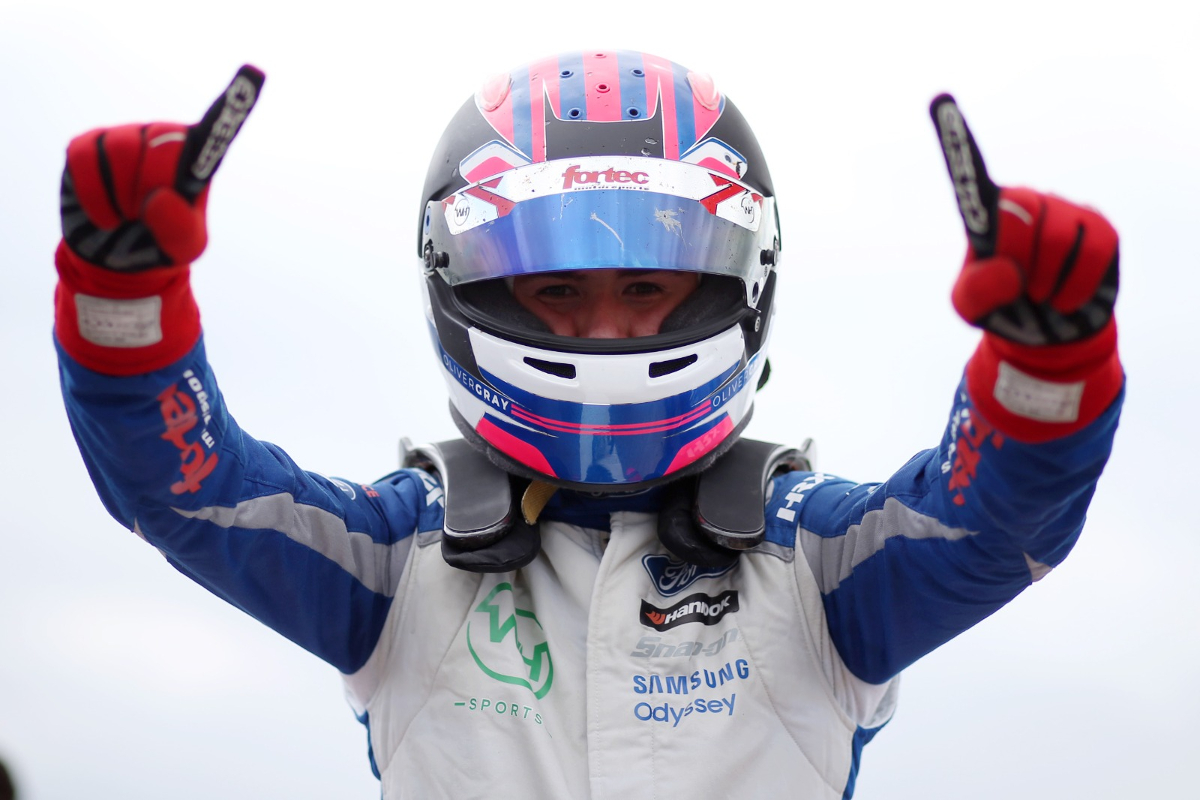 The British F4 race-winner is evaluating a full-time move to the continent for 2022, having got a taste of the Italian championship in the last two rounds of the 2021 season with BVM Racing.

Gray topped the fourth and final session of Friday’s running, as the track got increasingly grippy through the day. He set the pace by just 0.014 seconds over Nicolas Todt protege Martinius Stenshorne, while 0.135s back was US Racing’s Alex Dunne.

Stenshorne had topped the second session of the morning, while Brando Badoer in the third of VAR’s cars was fastest in the first afternoon session but failed to improve on his laptime from then when the cars returned to track and so he ended the day fourth overall.

Charlie Wurz, third fastest for Prema in session three, also didn’t improve and he rounded out the day’s top five.

Emmo Fittipaldi made sure all four of VAR’s cars were in the top six, and put him ahead of four Prema-run cars as Iron Lynx’s Maya Weug was seventh and karters James Wharton, Rafael Camara and Tuukka Taponen completed the top 10.

Ferrari junior Wharton will race for Prema next year, and headed Gray in the day’s opening test session, while Taponen is likely to make F4 appearances in 2022 but will focus on karting at first.

There were 25 drivers on track in the test, with Jenzer Motorsport opting to keep the identity of its two drivers secret.