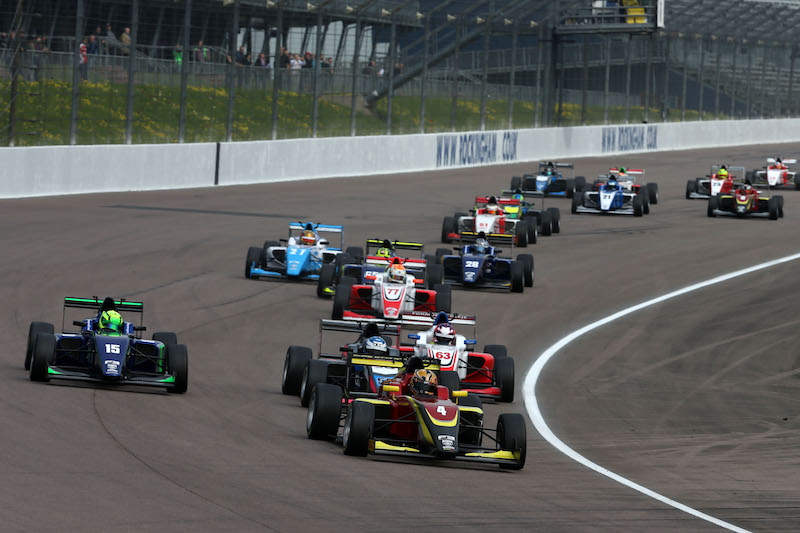 BRDC British Formula 3 will introduce an innovative new race format this for the second race of each weekend, expanding the reversal of the grid and offering a championship point for every position gained.

In previous seasons the top eight from race one were reversed for the race two grid, but this?will now be extended to all finishers from the first race who have set a lap within 103% of the race’s fastest lap.

Any non-finishers or drivers who have been unable to meet the requisite pace will start from the rear of the grid.

Rather than offering the 25 points that were previously handed to the winner of race two, only 20 will now be awarded, with additional points coming from each place gained from a driver’s starting position.

Jonathan Palmer, boss of series organiser MSV, announced: ?MSV has a history of being innovative to maximise the appeal of motorsport, and with the full reverse grid system, coupled with a carefully derived points system, the BRDC British F3 Championship will produce some captivating racing for drivers, teams and fans to enjoy whilst adding to the learning value for drivers by giving them far more opportunities to overtake and reward them when they do.?

The grid for the third and final race of each weekend will continue to be set by the fastest laps from the earlier two races.