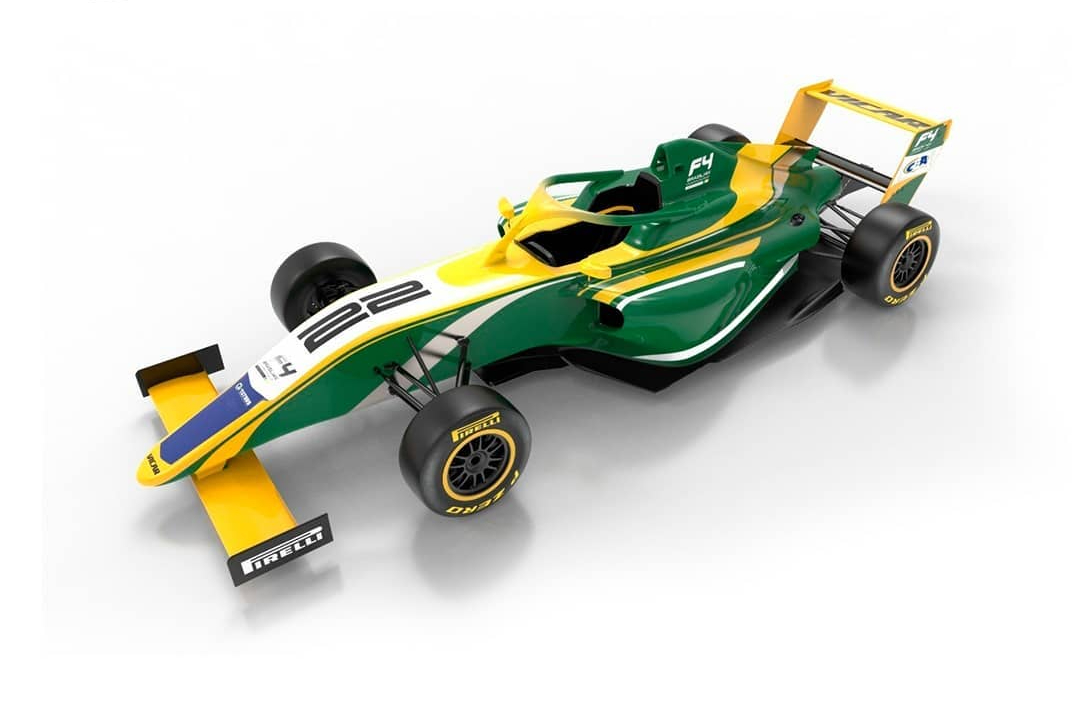 The official FIA Formula 4 championship for Brazil has announced it will get underway in 2022 and use the new halo-shod Tatuus T-421 car.

While the Formula Renault 1.6-based Formula Academy Sudamericana series ran from 2014 to 2019 (with a one-year break in 2017) and was recognised for some time by the FIA, there had been parallel plans for a European-style Brazil-only F4 series.

In 2019 the first plans for ‘F4 Brasil’ were revealed, with Brazilian Formula Vee’s promoter put in charge of the prospective new series which was set to hold three-race rounds at Formula 1 venue Interlagos and three other circuits.

The inaugural season in 2020 was set to to use Tatuus’s first-generation F4 car with a Fiat engine, but the series didn’t go ahead and there was no press communication until the nation’s stock car championship announced updated plans this week.

Now Brazilian F4 will run under the remit of Stock Car Brasil promoter Vicar, and will use an Abarth engine in the new-for-2022 F4 car. That means it will have the same technical specifications as the ADAC, British and Italian championships next year.

A tyre deal had yet to be secured when Brazilian F4 was originally pitched, but now it’s confirmed that Pirelli will be the supplier of the series’ rubber.

Gastao Fraguas, who won the World Karting Championship for Formula A in 1995, will be the figurehead of the championship and will work with the Brazilian federation and staff at Vicar in operating the series.

FAcademy Sudamericana is still organising tests for drivers in South America, but does not intend to run a racing in 2022.