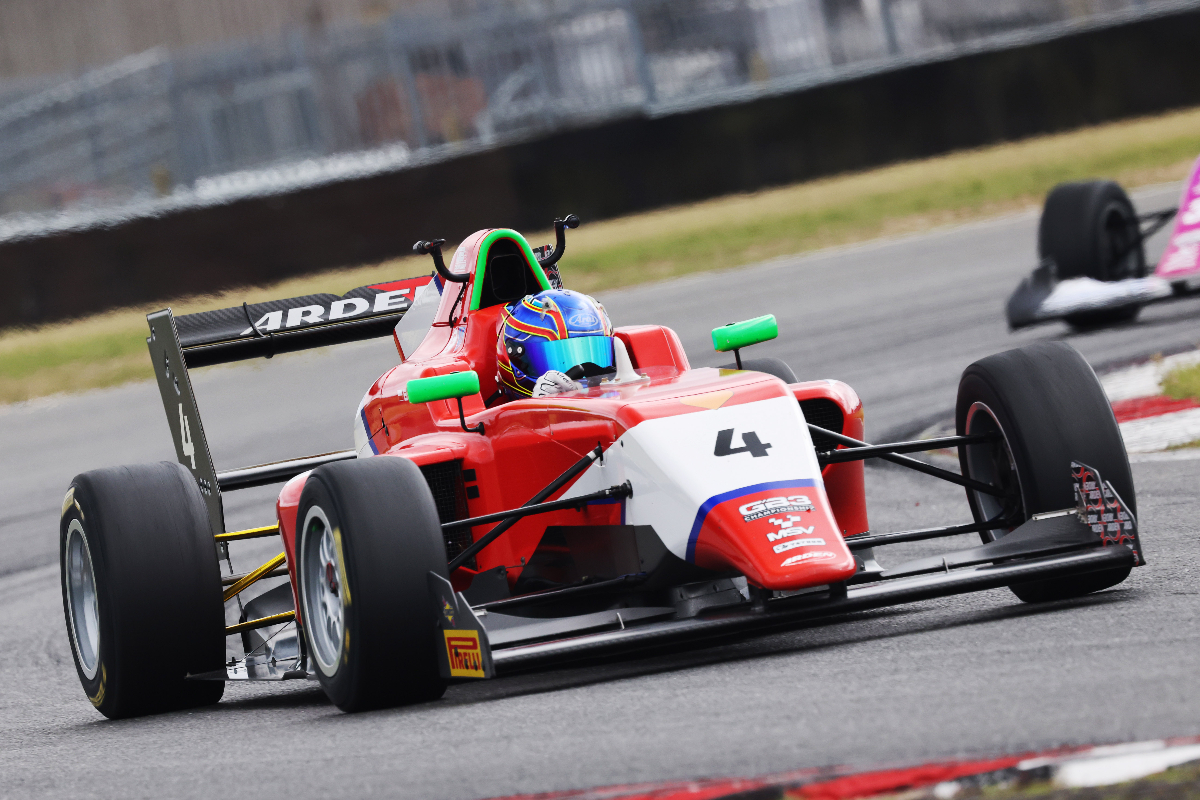 The Arden driver, who is skipping the British Formula 4 round at Knockhill this weekend as he bids to continue his winning form in GB3, was almost 0.3 seconds faster than Fortec’s Roberto Faria.

Faria led most of the opening session, with points leader Zak O’Sullivan briefly topping the times before the Brazilian reasserted his advantage in the final 10 minutes.

Faria set a best time of 1m55.435s on his final lap, with Hitech GP’s Bart Horsten and Elite Motorsport’s Tom Lebbon also putting in late efforts to move into second and third, albeit half a second behind Faria.

Chris Dittmann Racing’s Ayrton Simmons was fourth ahead of Ollie Bearman, who will again race for Fortec this weekend.

Bilinski bettered Faria’s earlier benchmark by almost 0.4s in the second session, with Faria improving slightly to end the morning in second. Elite Motorsport’s Tom Lebbon and Carlin’s O’Sullivan were third and fourth, having both also improved.

Laptimes were slightly slower in the first of the afternoon sessions, with Bilinksi again on top despite being over a second off his morning best. Horsten, O’Sullivan and Faria ended up close behind. Douglas Motorsport’s Tommy Smith and Fortec’s Mikkel Grundtvig were the only two to improve on their morning times.

Rain arrived later in the afternoon, preventing Bilinski’s benchmark from being challenged in the final session of the day. Simmons pipped CDR team-mate Branden Lee Oxley as the chequered flag was waved to end on top, with times some 12 seconds slower than earlier.

Bilinski was 0.8s back in third in the greasy conditions, while Jonathan Browne surprised with the fourth quickest time ahead of his slicks-and-wings debut for series returnees Hillspeed.

Browne, who won the 2019 Formula Ford Festival during a successful spell in FF1600, was 16th overall across the day, having lapped within 1.6s of Bilinksi in the second session.

Opinion: What would come next if Piastri does a junior series hat-trick?