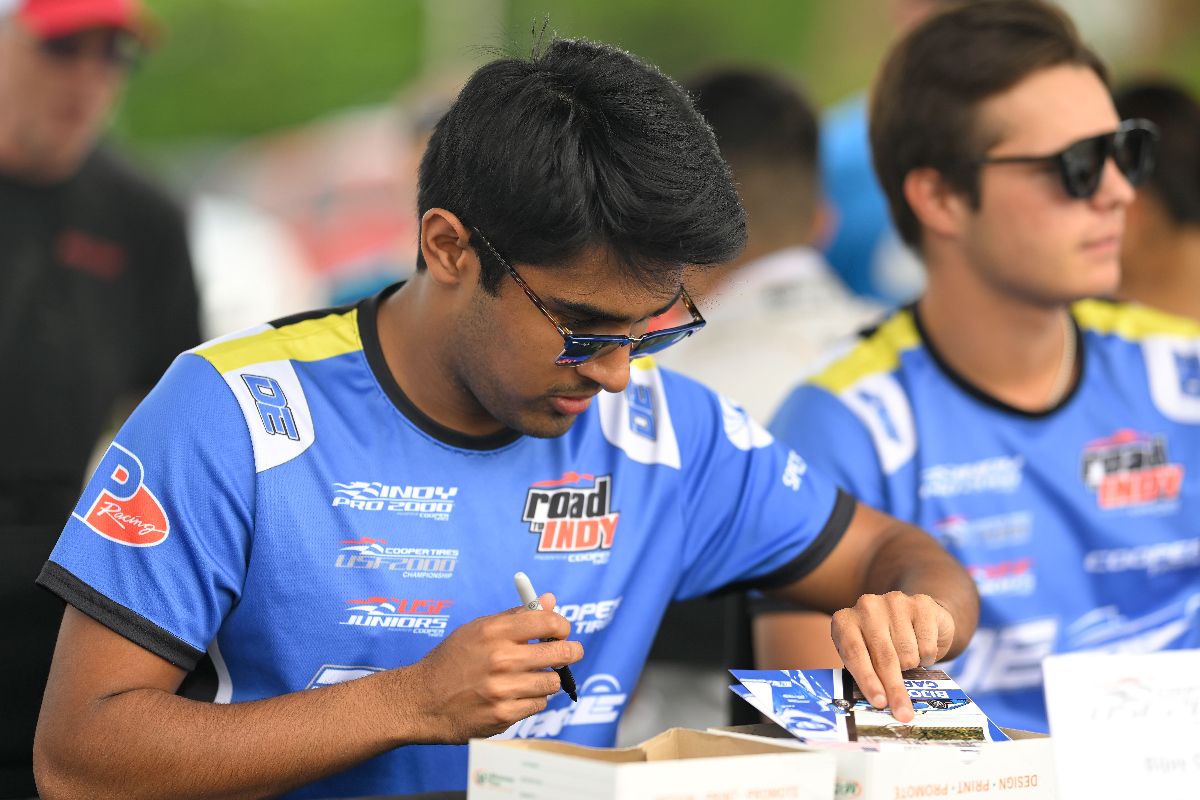 Bijoy Garg will remain with DEForce Racing, who he drove for in USF2000, as he makes the full-time move up to USF Pro 2000 next year.

The 20-year-old tried out the series with the team this season, contesting the final two rounds at the Gateway oval and Portland and scoring three top-10 finishes from four starts.

As a result he missed the final races of the USF2000 season running on the support bill, and it meant he finished ninth in the standings in the lower series. Garg picked up two podiums and a fastest lap from his third USF2000 campaign, having only finished in the top 10 three times in his previous one-and-a-half seasons with Jay Howard Driver Development.

“I am looking forward to continuing with DEForce for 2023 and moving up to USFP2000,” said Garg.

“The team has done a great job getting me more comfortable in the faster car over the off-season. I am excited to work with them to develop the car and myself even more so we can have the best possible start to next season.”

USFP2000 is the new name of the series that was previously known as Indy Pro 2000, which DEForce won three races in this year.

Also continuing in the championship with his team from this season is Jordan Missig, who stays at Pabst Racing for his sophomore campaign.

“I’ve been putting in lots of hard work, time and dedication into myself for this upcoming season and I couldn’t feel more ready to get back to work with the Pabst guys.”

After one win from two seasons in Formula Regional Americas, Missig switched to USFP2000 at the end of 2021 by joining Pabst for the season finale. He finished 10th on debut, then this year got a best finish of sixth en route to 11th in the points.

Pabst team owner Augie Pabst added: “Jordan came to us in a last minute deal for the 2022 season and fit in immediately. He gained valuable experience and put in a tremendous effort to improve throughout the season. It’s fantastic news that he’s coming back in 2023 to capitalize on all those efforts.”

The team now has three drivers signed up for 2023, with its title-contending USF2000 pair Jace Denmark and Myles Rowe stepping up together, and it expected to have a fourth driver lined up to race.