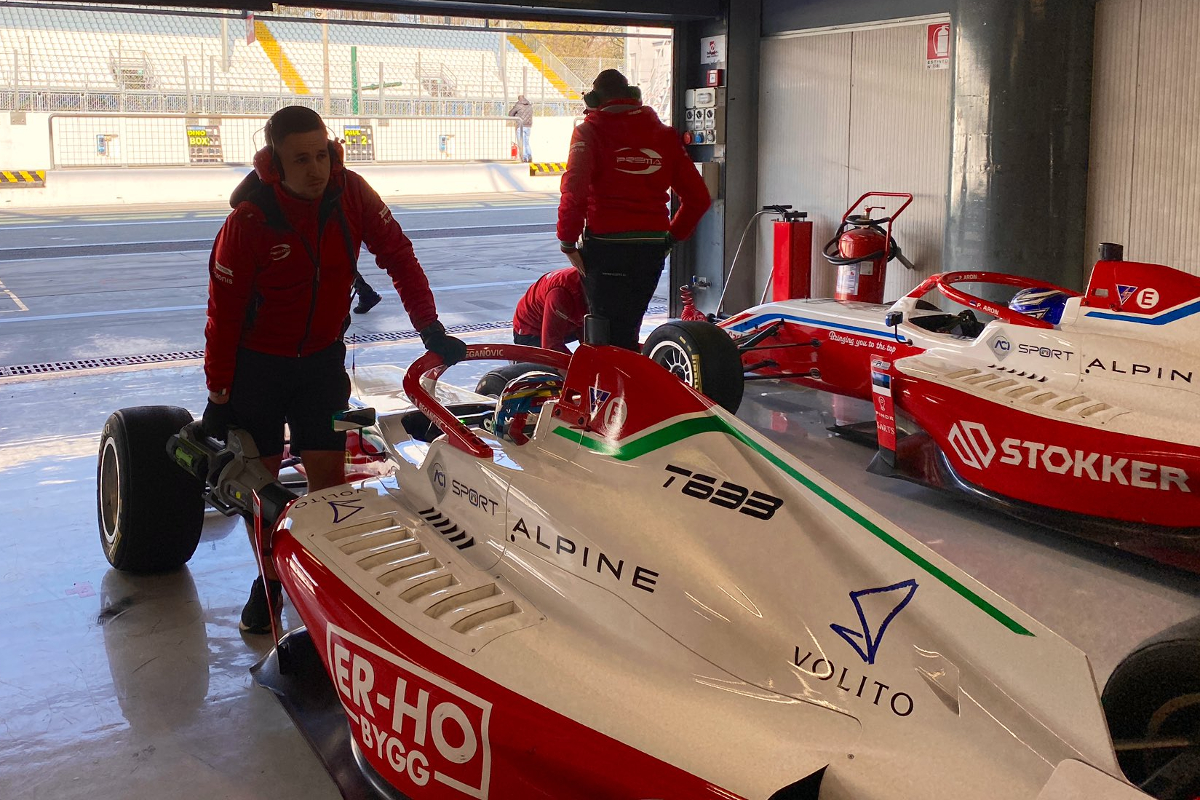 It took more than an hour of the morning session until half of the 37-strong field had set representative laptimes, with G4 Racing’s Matias Zagazeta initially fastest, and then Trident’s Tim Tramnitz taking over at the top as he broke into the 1m48s.

Van Amersfoort Racing’s Kas Haverkort was briefly in first, then usurped by Trident’s Leonardo Fornaroli despite his own improvements. He lapped sub-1m48s too, but Prema’s lead duo did at the same time and Aron was the new fastest driver.

A brief red flag period was caused by Monolite Racing’s Pietro Armanni with two hours to go, and after that ART Grand Prix’s Gabriele Mini bettered Aron by 0.062 seconds.

There was lots of changes in the top 10 through the next 45 minutes but nobody beat Mini until Monolite’s Maceo Capietto set a 1m47.302s with an hour to go. Prema’s drivers headed back out, and Beganovic went fastest by 0.272s over Aron.

Capietto was third, and the top 24 were covered by one second place. R-ace GP’s Hadrien David was 25th.

It again took more than an hour for the majority of cars to go on track in the afternoon session, and Haverkort set the early pace at 1m48.241s as the order behind was shuffled by deleted laptimes.

He remained ahead until just before a red flag period, caused by FA Racing’s Nicolas Baptiste, with one hour and 41 minutes to go. A few minutes prior, Beganovic and Aron had gone one-two.

Beganovic improved not long after the break, then again in the final hour to 1m47.828s. Aron was 0.126s back, ahead of Haverkort, Armanni and the new Race Performance Motorsport team’s Keith Donegan, who was 13th in the morning.

Cenyu Han and Dilano van’t Hoff missed the afternoon, and Michael Belov only left the garage in the last hour. The day was ended early after Francesco Braschi and Hamda Al Qubaisi collided.

KIC Motorsport’s Santiago Ramos and Piotr Wisnicki were the only two whose best laptime came in the afternoon, as it was confirmed Wisnicki will be racing for the team this year. The Pole, who has raced in Italian Formula 4 for the past two years, announced he would compete in FREC back in February.