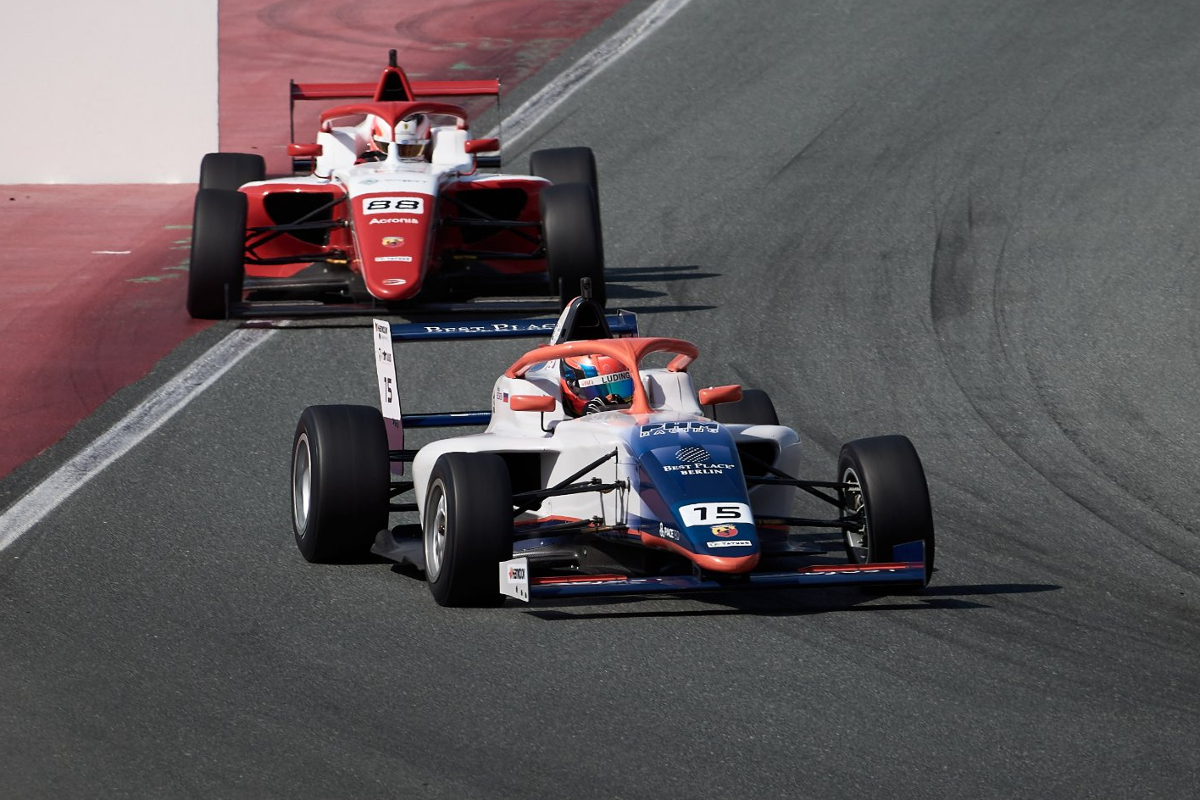 Camara started fastest, challenging Stenshorne for the lead into the opening corner. Picking the outside line didn’t work for Camara though and he fell back behind Zanfari to third.

At the end of the back straight Zanfari braked very late to pass Stenshorne, but instead ran both of them wide and a four-car battle for the lead turned into a distant battle for second as Bedrin snuck past and pulled away.

Prema’s Camara and Charlie Wurz passed Zanfari before the end of lap one, with PHM’s Taylor Barnard also then getting through and charging into battle with those ahead. He made it into third, while Wurz was shuffled down to eighth before the safety car came out at the end of lap three due to incidents at the back of the field. In amongst the drama, MP’s title contender Tasanapol Inthraphuvasak had fallen to 25th place.

At the restart Barnard went straight by Stenshorne for second, but by the end of the lap he was back behind him and Camara, and on the lap after he retired in the pits.

Camara tried passing Stenshorne at turn one on this lap, then again by using the run-off down the back straight, but couldn’t get past and soon had Zanfari poking his nose in.

This allowed Bedrin to cruise away to win, while further back Wurz had dropped places again and Abu Dhabi Racing by Prema pair Aiden Neate and James Wharton were locked in battle.

After banging wheels several times the fight ate into Neate’s tyres and he dropped behind the recovering Wurz, while Wharton broke away but only after being passed for fifth by AKM Motorsport’s sportscar racer Loris Spinelli.

David ends his two rounds in FRAC with second win